New figures show immigration to Germany is highest in 20 years

Figures released by Germany's statistics office show record immigration in 2013. Most of the new arrivals come from European Union countries. But the chancellor has warned that the EU is not a 'soft touch' for welfare. 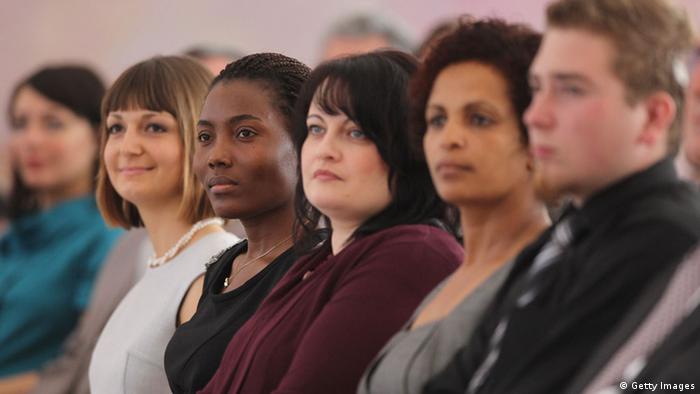 The provisional figures from the Federal Statistical Office (Destatis) released on Thursday showed a 13 percent increase in immigration in 2013 over the previous year, bringing the number of people moving to Germany to 1,226,000. Over the same period, 789,000 people left Germany, a year-on-year increase of 11 percent.

Of the new arrivals in Germany, 1,108,000 were non-German nationals, 15% more than in 2012, according to Destatis. The number of German nationals returning to the country - 118,000 - remained almost constant in comparison. This number includes ethnic German repatriates and Germans returning from abroad.

Most of the non-German immigrants came from European Union countries (727,000), with Poland as the top country of origin (189,000). The number of people coming from the euro-crisis-stricken countries Italy and Spain increased markedly, while fewer came from Bulgaria, Greece and Hungary than in previous years.

The new figures confirm Germany's position as the second-top target for immigration after the United States within the countries belonging to the Organization for Economic Cooperation and Development (OECD), a coalition of mostly developed nations.

A report released by the OECD on Thursday showed a jump in immigration to Germany of nearly 40 per cent in 2012, mostly driven by the EU's sovereign debt crisis.

Chancellor Angela Merkel on Wednesday however warned that EU immigrants who came to Germany to look for work would not receive Hartz IV social welfare payments.

Merkel told the daily Passauer Neue Presse that the EU was "not a social-welfare union," adding that "we do not want to pay Hartz IV to EU citizens who are residing in Germany solely for the purpose of looking for work."

Her remarks come at the start of European parliamentary elections at which immigration is one of the main issues.

On Tuesday, an advocate general of the European Court of Justice voiced the opinion that Germany may refuse "social security benefits for jobseekers who are in need of assistance" if the people concerned came to the country solely to claim such benefits.

The court is likely to enshrine this opinion in a final ruling.

The sovereign debt crisis is driving a surge in migration to Germany. New figures reveal hundreds of thousands of foreign workers flocked to Europe's largest economy in 2012 - a nearly 40 percent jump in just a year. (20.05.2014)