Europe struggles to redefine its role in UNESCO | World| Breaking news and perspectives from around the globe | DW | 25.05.2013

Europe struggles to redefine its role in UNESCO

Europe has more UNESCO World Heritage Sites than the rest of the world. The small continent is closely tied to the cultural organization, or so you would think. Has Europe lost its role in UNESCO? 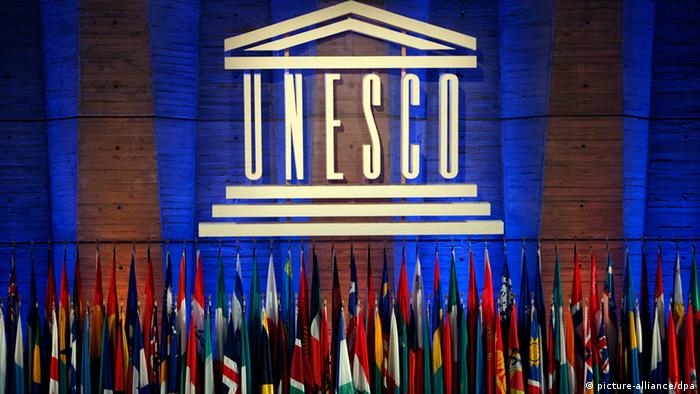 The label "World Cultural Heritage Site" is the institution's famous seal of quality, and UNESCO has given it to places all across Europe: to the Cologne Cathedral, to Venice in Italy and to the pilgrims' route to Santiago de Compostela.

Some 378 sites on the list are situated in Europe – the remaining 367 are scattered across the rest of the world. For many years, UNESCO has tried to overcome this Eurocentric imbalance. But Europe still has the lead when it comes to world heritage sites. But does that mean that the continent dominates UNESCO? And what does it say about how much Europe is committed to the United Nations' cultural organization?

For decades, the organization was indeed dominated by Europe. The foundation was laid by Europeans from the outset. In 1943, when the Second World War was going on, the education ministers of eight European allies met in London to launch the foundation of an international institution to promote education and culture. Their interpretation was what would define the shape UNESCO was given when it was founded in 1945. UNESCO's focus was to bring peace by promoting dialogue worldwide. 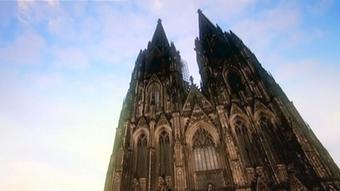 Soon after the institution's foundation, in 1951, the Federal Republic of Germany was welcomed as a member. UNESCO was one of the first international organizations that enabled the young country to make its way back into the international community – after the atrocities under the Nazi regime. It ended the cultural and political isolation Germany had been in under Adolf Hitler.

The Federal Republic seized the chance and showed great commitment in UNESCO activities. After the terrible experience of war, genocide and dictatorship, UNESCO's foundation values were just right. Its focus, human rights and democracy – values once fought for in Europe. The fight for such rights is as important now as it was then. But have European countries stuck to their commitment in the UN cultural organization?

The general assembly of the German UNESCO Commission (DUK) in Bonn has drawn a mostly negative balance. Germany and Europe have lost the leadership roles they had held for decades, criticizes Hans d'Orville, UNESCO's Deputy General Director for Strategic Planning. "We could be a lot more involved," says d'Orville, "by cooperating with others more and by showing what it is that Europeans have to offer." And by that, the delegates in Bonn agreed, they meant above all the aspects that once used to dominate discourse in Europe: enlightenment, reflection, and critical thinking. The delegates stressed that too often, these aspects are today sacrificed for the sake of economic success. 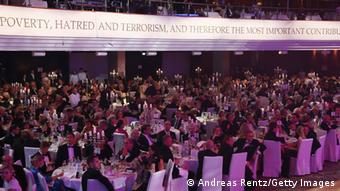 The fight against poverty, hatred and terrorism is an important focus for UNESCO

Modern societies base their growth on ecological and social distortions that are tolerated and accepted. "There are hardly any powers globally which offer any alternative," criticizes Uwe Schneidewind, president of the Wuppertal institute which focuses on sustainability research. "That's where we need education, science and culture. They all offer platforms where alternatives can be thought up and developed."

Is humanism a phase-out model?

But humanism like UNESCO once envisaged it seems is outdated: That also includes politics of science - which is a core UNESCO activity, but receives little public attention. Instead of focusing on technological research only, says Schneidewind, social and cultural sciences would have to be strengthened simultaneously. One example: the microcredit model in developing countries which puts people in a position to secure their livelihoods. "That's knowledge that's not being generated in hi-tech laboratories. It comes from scientists on the ground who can dig deep into the respective cultural context where they work."

Augustine Omare-Okurut shares this view. The General Secretary of the Ugandan UNESCO Commission who visited Bonn criticizes education in his country, saying it it commercialized and driven by economic liberalism. "Universities are shooting out of the ground everywhere, the number of courses has doubled, but their substance hasn't improved." The result are "intellectual zombies" which have a university degree but never developed any critical abilities. "That's where UNESCO has to come in. We need philosophy programs that focus on how to deal with social upheaval."

European values: 'Europe has to be more consistent' 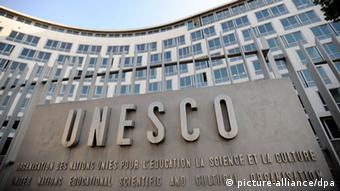 Brazil's UNESCO ambassador Maria Laura da Rocha also wants the Europeans to take on a more active role. "Europe keeps talking about its crisis. There's so much pessimism. We see that differently. Now is the time to find common solutions."

The President of Germany's UNESCO Commission, Walter Hirche, also says Europe has to increase efforts. "We have to prevent the inward view from taking on the lead role. We have to keep an eye on what's going on outside as well and we have to make dialogue and openness our principle." Honesty would have to be added to the list, too – especially when it comes to the fields that Europeans claim they're experts in. "Our experience in Africa says: When it comes to democracy, Europe should lead. But we're seeing that because of economic or political reasons Europe prefers not to look closely when it comes to undemocratic governments in Africa. And the same is true for human rights," criticizes Augustine Omare-Okurut. "I ask myself: Is that a value I want to adopt from Europe? Look away when something is not quite right? No, it's not. Europe has to be more consistent! If you assume that democracy is a good thing for Europe it should also be good for Africa."

Cologne - city on the Rhine

The Rhine, the cathedral, the old town, the excellent museums and not least the population's easy-going sociability make Cologne one of Germany's most popular travel destinations. (06.05.2013)

Humankind has left his mark on Jordan’s Wadi Rum since prehistoric times. The unique desert last year was granted UNESCO heritage status as a natural and cultural site - and is now paying the price. (02.04.2013)

The Viking villages of northern Europe had planned to band together to become a UNESCO World Heritage Site. But now the Swedes have changed their minds. (19.02.2013)