Three Bundesliga clubs are in action in the Europa League on Thursday. One has seen a dip in form, one is concerned for the future of its head coach and the other is ready to win it's sixth game in a row. 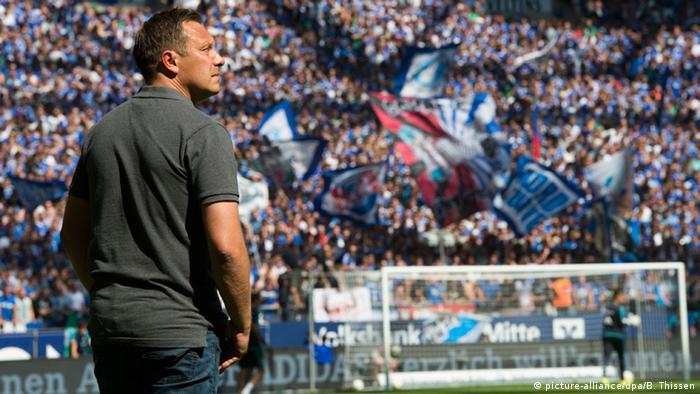 Next Sunday might be one of the most eagerly anticipated days of football this year, but the likes of Borussia Dortmund, Liverpool and Ajax must first turn their attentions to Europa League matters.

Dortmund travel to Greece off the back of a frustrating pair of Bundesliga matches that saw them collect two points instead of the expected six. First, Hoffenheim held them to a 1-1 draw, before Darmstadt shocked Thomas Tuchel's men with a last-minute equalizer on Sunday. With an eye on the weekend's league clash against Bayern Munich, Tuchel will almost certainly shuffle his starting eleven for Thursday's game against PAOK Salonika after the news came through on Wednesday that five Dortmund players would not be traveling.

Dortmund are top of Group C and will be keen to keep their 100 per cent European record under Tuchel intact when they take on a PAOK side which includes ex-Leverkusen striker Dimitar Berbatov. "We must put this behind us and come to terms with it, and prepare fully concentrated for Thursday," Tuchel said. "Only after that we will be available for questions around Bayern."

Group L leaders Schalke also face Greek opposition in Asteras Tripolis, but are showing no signs of fatigue despite a busy schedule - Thursday's game will be Schalke's sixth in 19 days. "At the moment, all the cogs are clicking together. That's why things are going so well," said 20-year-old midfield starlet Leon Goretzka. 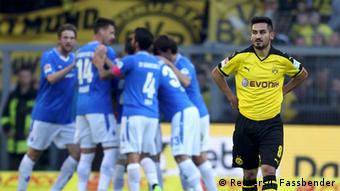 Schalke have enjoyed their most successful start to a league season in 44 years and will be keen to continue that in Europe after a 3-0 win against APOEL on the first matchday. If head coach Andre Breitenreiter is considering a few changes to his team, goalkeeper Ralf Fährmann will likely not be one of them. The 27-year-old has not conceded a goal in 408 minutes.

Augsburg's first ever European home game has been overshadowed by the news that head coach Markus Weinzierl is one of the candidates for the vacant head coach's job at Gladbach. Even before the start of the season Augsburg turned down an approach for Weinzierl from Schalke. Since then, the 40-year-old head coach has struggled to emulate the same sort of heroics that saw Augsburg qualify for Europe last season. Four points from the first seven games sees Augsburg languishing in 16th, although Weinzierl believes it is only the small things that need changing and not the entire game plan.

After thrashing Manchester City 4-1 in the Premier League last weekend, Tottenham will be in good heart for their Group J trip to France to take on Monaco. Serie A leaders Fiorentina travel to Belenenses in Portugal looking for their first points of the group as they sit bottom of Group I following a 2-1 loss at home against Swiss side Basel. Under-fire Liverpool head coach Brendan Rodgers breathed a sigh of relief last weekend after a 3-2 win over Aston Villa, but his side's good form cannot stop there. Liverpool and Rodgers need another result against Group B leaders Sion on Thursday especially after drawing their opener against Bordeaux.

Park Joo-ho scored the winning goal on his Borussia Dortmund debut as the German side continue their 100% record in the tournament so far. The yellow-and-blacks can owe a lot to Matthias Ginter's contribution in attack. (17.09.2015)