The euro has dropped to its lowest level in over a decade as a highly anticipated ECB meeting is in progress. Investors expect the bank to announce details of its money-printing program meant to revive the eurozone. 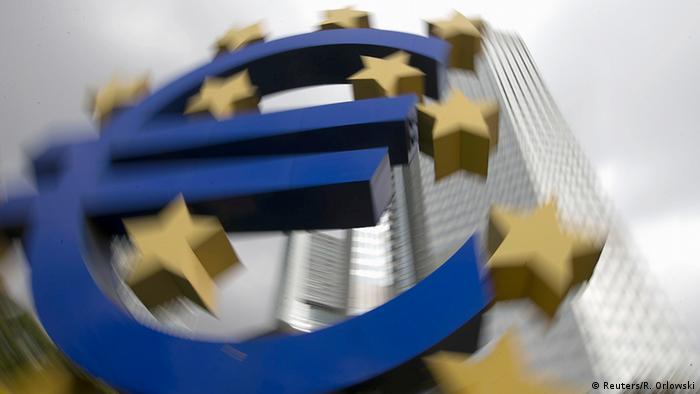 The euro dropped to a new 11-year low against the US dollar on Thursday as investors hold their breath against the backdrop of an important European Central Bank (ECB) meeting on Thursday, where governors are expected to unveil details on their massive bond-buying program.

"Clearly there looks to be an element of currency-market positioning ahead of the ECB decision," Philip Borkin, a senior economist at ANZ Bank New Zealand, wrote in a client note, according to Bloomberg News.

The 1.1-trillion euro ($1.22-trillion) stimulus plan, also known as quantitative easing, which was announced in January, is meant to breathe new life into the eurozone as the 19-member bloc struggles with sluggish growth and negative inflation. But so far, ECB President Mario Draghi has held his cards close to his chest as to the exact volume of the rollout and other details.

The money-printing move by the Frankfurt-based central bank stands in stark contrast to the US Federal Reserve's, which ended its asset-purchasing program in October. In fact, Fed Chair Janet Yellen is widely expected to raise interest rates in June - the country's first hike since 2006 - as the US economy is seeing its strongest expansion in a decade.

But analysts have warned that a feeble eurozone could prove a drag on the global economic recovery. Calls for stronger ECB action to jumpstart growth grew further on Thursday as the world's second-largest economy, China, lowered its 2015 economic outlook to "around 7 percent."

"The global economy needs more than one engine, the US, to give it sustainability," said Borkin.

The value of the euro dipped to its lowest level since September 2003, buying just $1.1055 in Tokyo against $1.1080 in New York, as Wall Street shifted to wait-and-see mode late Wednesday. Fuelled by the euro's weakness, the dollar index rose to a new 11-year high of 96.114.

An ex-finance minister of Poland says the ECB must directly provide fresh debt-free money to European agencies to spend on job creation and new infrastructure - if it doesn't, the EU could fall apart. Is he right? (05.03.2015)