An ex-finance minister of Poland says the ECB must directly provide fresh debt-free money to European agencies to spend on job creation and new infrastructure - if it doesn't, the EU could fall apart. Is he right? 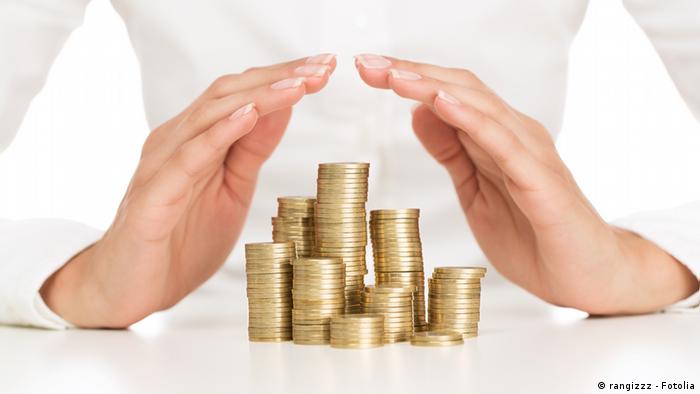 On a rainy evening at the European Commission's offices in Berlin, a stone's throw from the Brandenburg Gate, an erudite Polish former minister of finance argued fiercely with a former head of the European Central Bank (ECB) and the ECB's former Chief Economist about whether Europe needs more fiscal stimulus.

The debate's vigor was largely due to a policy proposal put forward by Jacek Rostowski, a British-Polish economist who served as Poland's Finance Minister from 2007 to 2013.

Rostowski's proposal: Combine monetary and fiscal policy. Use the balance sheet of the ECB to spend debt-free money into the economy - in measured quantities decided independently by the ECB. Allow the ECB to give fresh money to European fiscal agents like the European Investment Bank to spend into circulation on useful projects. Directly fund new jobs and infrastructure without adding to government debt. 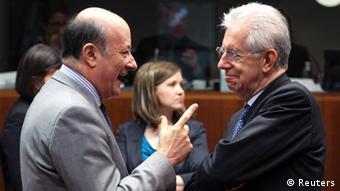 Could the ECB's balance sheet rescue the European project?

The proposal is not new - it has been put forward by other economists, including the Financial Times' senior economic commentator, Martin Wolf, and the former chief of the UK Financial Services Authority, Lord Adair Turner. Rostowski told DW after the debate that he had discussed the idea with Lord Turner as long ago as 2010.

But Rostowski's professional credibility lends added weight to the proposal. He is a man who steered his country's economy through six years of unbroken GDP growth while much of the rest of the continent floundered.

If Rostowski is right, structural reforms aimed at increasing economic flexibility and ease of doing business, while "always and everywhere" desirable, will take "10 to 15years" to generate a significant growth impetus in Europe.

And the European Union, faced with mass unemployment and the electorates turning toward radical left- and right-wing parties, may not survive that long if the continent's economy doesn't recover in the very near future.

Jean-Claude Trichet was president of the ECB from 2003 to 2011. He was famously hawkish on monetary policy, always on the alert for possible signs of inflation, always tending toward a tight-money policy and insisting that the ECB had no mandate to concern itself with anything other than price stability. 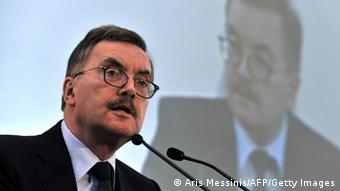 Former ECB Chief Economist Jürgen Stark was adamant about the principle that the ECB should concern itself with keeping inflation low, and nothing else

Trichet wasn't formally one of the debaters on the motion, but in his introductory speech and in the Q&A after the debate in Berlin, he stuck to his old line. He dismissed Rostowski's proposal, saying it amounted to a suggestion that one could "do anything" with the ECB balance sheet, and argued that it could harm the credibility of the currency.

Jürgen Stark, who was chief economist of the ECB from 2006 to 2011, said much the same thing. Stark argued that ECB provision of debt-free money to the economy would amount to throwing out the rule-book, and would cause inflation.

But proponents say the amount of debt-free money created each year could be purely an ECB decision, taken in its role as an independent institution charged with maintaining price stability. Given that, there would be no threat either to the independence of the central bank, or to eurozone price stability.

The eurozone's money supply (M3) is currently around 10.4 trillion euros ($11.4 trillion). M3 expanded by about 4 percent in 2014 through net lending by commercial banks - and when banks extend fresh credit to borrowers, they're creating new money and new debt in equal quantities, as Bank of England economists have explained.

With both private and public per capita debt levels at historic highs, Rostowski, Turner, Wolf and others have argued, it makes good sense to inject some debt-free money into circulation. That would generate new economic activity without adding to the debt load - indeed, it would provide a net source fresh funds with which to pay down some existing debt.

Economists like Heiner Flassbeck, a former German deputy minister of finance, have argued that inflation is mostly a result of wage pressures, and with mass unemployment, wage pressures will remain low.

But Trichet and Stark's outright rejection of ECB financing of any government spending wasn't based on the specific merits of a given amount of ECB funding of fiscal agents. It was a flat rejection of the idea on principle.

That rejection, Rostowski argued, was a huge mistake.

In the end, the clash at the Berlin debate was between two schools of economic thought: The Keynesian principles espoused by Rostowski, versus the 'ordoliberal' framework to which Trichet, Stark, and also German finance minister Wolfgang Schäuble are loyal.

If Rostowski is right, current policies - which are based on the thinking of the 'ordoliberal' school - could well lead to the breakup of the eurozone and perhaps of the European Union itself. Disaffected voters will identify the EU with mass unemployment and poverty - and vote for radical anti-EU parties on the far left and right.

Rostowski identified the possible election of nationalist politician Marine Le Pen to the presidency of France in 2017 as a specific danger to the future of the EU. That, he said, gives Europe a deadline: Stimulus policies must return Europe to growth before then. Structural reforms, he insisted, while fine as far as they go, will not by themselves suffice to generate that growth in the time available.