The EU says it is prepared to respond if Britain acts unilaterally on trade arrangements for Northern Ireland. 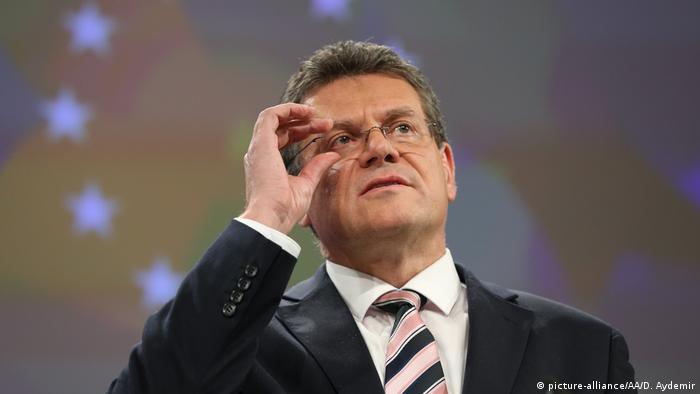 The European Union warned on Wednesday that the UK could face tariffs and quotas if it makes any unilateral action on Northern Ireland.

The vice president of the European Commission overseeing EU-UK relations, Maros Sefcovic, said the bloc is considering a possible legal challenge over the UK's stance on Northern Ireland.

Sefcovic said at a news conference after a meeting with his British counterpart David Frost, "If the UK were to take further unilateral action in the coming weeks, the EU will not be shy in reacting swiftly, firmly and resolutely to ensure that the UK abides by its international law obligations."

A UK source close to the negotiations with the EU told Reuters the UK was keeping open its options, including possibly extending a transition period on checks on chilled meat to Northern Ireland.

Sefcovic noted the same standards had applied on sausages for several decades but there was no guarantee that would last in post-Brexit Britain.

Sefcovic noted the US is following the issue closely and the upcoming G7 meeting was likely to turn to discussion of Northern Ireland and Brexit.

But a UK government source hit back at the European Commission, saying its position on Northern Ireland had "more than a whiff of protectionism about it."

"There is a range of problems around the question that the UK should simply dynamically align to EU legislation," the senior official said.

"It doesn't really take into account to political realities at both ends."

Many newspapers in Britain have dubbed the row a "sausage trade war" over the EU's insistence that meat products be subjected to border checks when being shipped from the mainland to the province.

Another British source close to the talks said there was "no evidence that sausages from the rest of the UK post a risk to biosecurity in Northern Ireland or the environment."

Currently a deadline is set for June 30 for a deal to be reached. EU officials say without an agreement, there would be an effective ban on fresh meat that imports into Northern Ireland moves from Great Britain.

The European Commission says that Britain may seek to diverge from their food safety standards as a post-Brexit policy, arguing this puts EU citizens' health at risk.