A free-trade accord giving Ukraine tariff-free access to EU markets has come into effect under an association deal between Brussels and Kyiv. Meanwhile, Russia has banned food imports from its southwestern neighbor. 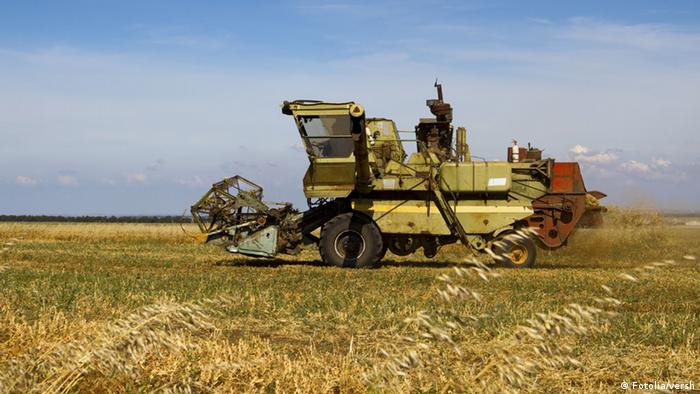 The long-awaited introduction of the EU's free-trade deal with Ukraine on Friday coincided with the imposition of Moscow's food embargo on the country.

The implementation of the accord was delayed by a year, as the EU and Ukraine sought to address Russian concern about a broader EU Association Agreement that was at the heart of a breakdown in relations between Kyiv and Moscow.

However, no agreement was reached despite more than 20 three-way meetings between the parties.

Ukraine, a traditional satellite of Russia, looks poised to increasingly gear its economy towards the 28-member bloc. Kyiv will be expected to adapt to EU standards in areas such as public procurement, intellectual property rights and, crucially, competition.

Ahead of the implementation, EU Trade Commissioner Cecilia Malmstroem said the transition would take time. "The change will not occur overnight, it will require work and investment," Malmstroem said.

The November 2013 rejection of an EU association agreement by Ukraine's former President Viktor Yanukovych led to the Maidan protests that toppled the pro-Russian leader. Yanukovych was said to favor an alternative deal to bring Ukraine into the fold of the Eurasian Economic Union of former Soviet states. Armenia, Belarus, Kazakhstan and Kyrgyzstan join Russia in this bloc.

As promised, Russia on Friday suspended a free-trade zone with Ukraine, claiming that the EU-Ukraine pact could see its own market flooded with European imports. Kyiv - a major exporter of food to Russia - says it expects to lose some $600 million (550 million euros) as a result of the measures. Moscow has already introduced a raft of restrictions on EU food imports after Brussels imposed sanctions over Russia's annexation of the Crimean Peninsula.

In his New Year address, Ukrainian President Petro Poroshenko condemned the Russian embargo, claiming it was an attempt to "economically strangle" his nation.

Ukraine, Russia and the EU are still struggling to fully implement the Minsk agreement, to end fighting between Ukrainian troops and pro-Russian rebels in eastern Ukraine. The peace accord was signed in February last year, but the ceasefire has been repeatedly broken.

ICYMI: Stories to put a smile on your face 4h ago