EU to share air passenger data with US, despite German concerns | Europe | News and current affairs from around the continent | DW | 14.12.2011

EU to share air passenger data with US, despite German concerns

EU interior ministers have approved a deal that will allow US authorities to access personal data of European air passengers for up to 15 years. The agreement comes despite privacy concerns from Austria and Germany. 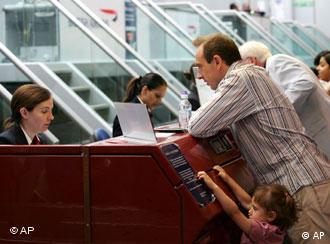 Passengers' details would be available for up to 15 years

The EU appeared ready to sign an agreement with the US on Wednesday that will see air passengers' details shared with Washington.

EU ministers met on Tuesday to discuss the Passenger Name Records (PNR) agreement, which allows US authorities to access and store data including credit card numbers and address details of passengers flying to the States.

"The use of PNR data (will be) limited to the prevention, detection, investigation and prosecution of terrorist offences or transnational crime," said a statement from the EU Council.

The deal came despite objections from Germany over one clause that allowed personal data to be accessed for up to 15 years in the event of a terror investigation. In other cases, it could be stored for 10 years. 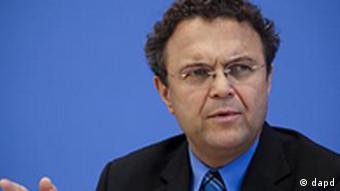 Friedrich abstained from the vote by ministers

"Under these circumstances we cannot agree," German Interior Minister Hans-Peter Friedrich said after abstaining on Tuesday. Austria was reported to have similar concerns, but the two countries were unable to block the deal.

Similar arrangements have been in force on a provisional basis since 2007, but the parliament called for a renegotiation with stronger privacy guarantees.

A draft agreement had been criticized because it would have allowed investigators free access to all personal information. Under the new arrangements, contact information would be masked out but would become available in the case of an inquiry.

Once signed, the deal would still need to be approved by the European Parliament.

Lawmakers last month agreed to an EU-Australia PNR agreement, and are expected to consider a deal with Canada in the next few months.

Germany has backed down on plans to install full-body scanners at airports after testing showed the accuracy of the technology to be wanting. Sources said nearly half of those scanned were incorrectly flagged. (31.08.2011)

As air cargo security is tightened around Europe, German industry leaders warn that expensive checks on freight would damage world trade. Total security is simply a politician's fantasy, they say. (03.11.2010)