EU to scrap ecodesign regulations in response to euroskepticism | Environment | All topics from climate change to conservation | DW | 26.10.2016

EU to scrap ecodesign regulations in response to euroskepticism

The European Commission is expected to scrap plans requiring toasters and hairdryers to last longer and use less energy. Environmentalists say this is a misguided response to Brexit. 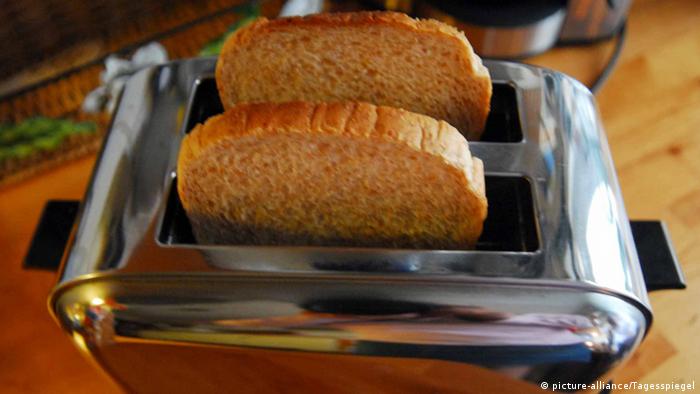 The European Commission is preparing to abandon a plan to force manufacturers to make some home appliances use less energy and last longer before breaking down. Such regulations are seen as too intrusive to citizens, the commission concluded.

"We are focusing on the things that matter, concrete actions that improve people's lives," said Commission President Jean-Claude Juncker yesterday. No new plans have been put forward so far this year on energy efficiency requirements or ecodesign rules, which make products longer-lasting and easier to repair or recycle.

An analysis into how home appliances like toasters, hair dryers and coffee machines can be made more efficient was due this year, but had been delayed since January over fears that such a proposal would attract the attention of the British tabloid press ahead of the Brexit referendum in the United Kingdom, according to commission sources.

European Union ecodesign and energy efficiency rules for consumer products such as vacuums, toilets and light bulbs have been highlighted in the past by British tabloids as examples of EU overreach into people's daily lives.

Toasters in particular became an item of focus ahead of the June referendum after David Coburn, a parliamentarian from the UK Independence Party, told British media outlets that EU energy savings regulations had made his toast "all peely-wally." In fact no such toaster regulation exists, although it had been considered. 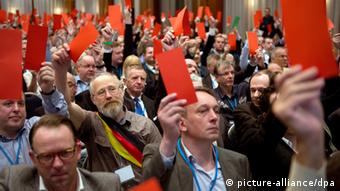 Stephane Arditi, co-ordinator of the campaign group Cool Products, says Brexit and a rise in euroskepticism across the continent is making the European Commission balk at proposing any new regulations on consumer goods.

"To think that the Commission is making decisions on environmental policy based on fear of the UK tabloids seems sad, and also pointless," he told DW. "Whatever they propose will be bashed by the UK tabloids - this is a PR problem, not a policy problem."

Criticism of EU environment regulation by euroskeptic politicians has not been limited to the UK. In Germany, the right-wing Alternative for Germany party is selling incandescent light bulbs on its website as a protest against the EU.

Incandescent light bulbs have been phased out by ecodesign standards that favor compact fluorescent lamps (CFLs) and light emitting diodes (LEDs), which use 25 to 80 percent less energy than traditional incandescents.

Yet Arditi says pulling back on these regulations will place a burden on EU citizens, who will have to pay higher energy costs and replace their appliances more frequently.

"Right now, the rest of the world is jealous of the EU ecodesign criteria - they are accelerating the pace of their measures to catch up with Europe," says Arditi. 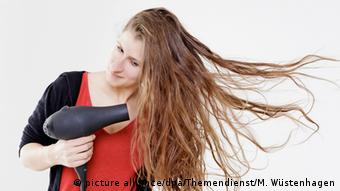 But in 2016, the EU has failed to adopt a single measure, he added. "It's the first time that has happened since the 2009 revision of this directive."

Arditi says that in the future, the trend may be that the commission focus more on regulating products used by industry and businesses, because these are less likely than consumer goods to attract negative attention from euroskeptic media and politicians.

Alex Greer from the EU reform think tank Open Europe says that the commission is correct to be responding to citizen concern about overregulation. As Juncker has said in the past, the EU should be "big on the big things, and small on the small things."

The EU "has a formidable to-do list, with Russia, the euro, Turkey, Schengen, terrorism, refugees, Brexit, CETA and TTIP all as competing causes for concern," Greer told DW. 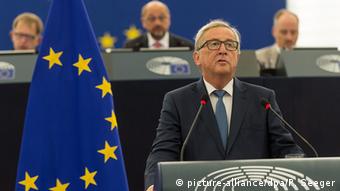 "The last thing the EU needs is consumer backlash, so perhaps the commission is beginning to learn that less is more."

But Jack Hunter from the environmental campaign group EEB says that axing environmental regulations is the wrong response to euroskepticism. Instead, national governments need to do a better job of explaining to people how the regulations benefit them.

"Ending stupid laws is sensible and nobody's going to argue with that," Hunter told DW. "The problem is that it's a myth - most laws are there for a very good reason, and it's taken a long time to make them right."

"Ecodesign is exactly that," he added. "It's making toasters and kettles and hairdryers better and cheaper to run, so they don't break after half a year - all of this without raising the price or affecting jobs."

"Very simply, it's quality control - there's nothing not to like about ecodesign."

Almost 50 percent of voters in eight big EU countries are in favor of voting on their membership, a survey has found. The results come just weeks before the UK heads to the polls for their EU referendum. (09.05.2016)

For the next two weeks the winning products and concepts from Germany's Ecodesign Award are on display in Berlin. The prize is a joint project run by the country's Environment Ministry and Environment Agency. (19.07.2013)