Warsaw could face financial penalties for disregarding a ruling by the EU top court, which ruled Poland's judicial reform incompatible with the law. "EU law has primacy over national law," the European Commission said. 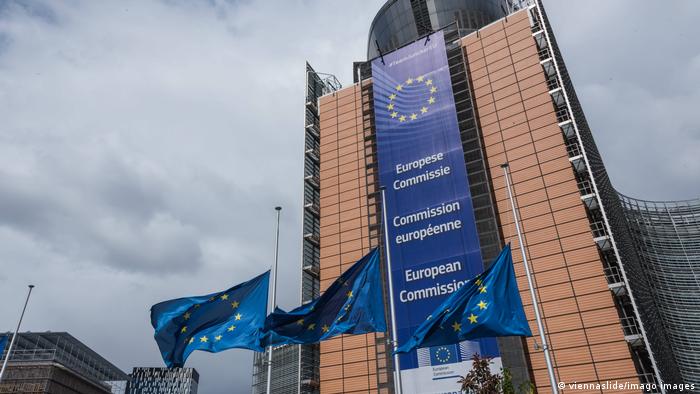 The European Commission headquarters in Brussels

The European Commission warned Poland on Tuesday that it would face fines if the country did not adhere to a ruling from the EU's top court on judicial reforms.

''We will not hesitate to make use of our powers under the Treaties.'' the European Commission tweeted, announcing that a letter had been sent to Poland on the matter.

"Poland needs to inform us about the measures foreseen to that effect by August 16, as requested by the court. Failing that, the Commission will request the European Court of Justice to impose a penalty payment on Poland," Vice President Vera Jourova said on Tuesday.

Brussels and Warsaw have been at odds over the judiciary reform law, which came into force in February 2020 and was put forth by Poland's ruling Law and Justice (PiS) party. Aside from the establishment of the "disciplinary chamber," the law also prevents judges from referring questions of law to the European Court of Justice.

The European Commission says these reforms undermine the rule of law, while the Polish government argues that the reforms are necessary to tackle corruption and end Communist-era legacies in its judiciary.

This week, Poland's Constitutional Court doubled down, issuing its own ruling saying that any interim measures from the EU court against Poland's judicial reforms were "not in line" with the Polish constitution.

"EU law has primacy over national law. All decisions by the European Court of Justice are binding," Jourova said.

The European Commission also singled out Hungary as a country where judicial independence was under threat, as it published its annual report on the state of the rule of law in the bloc on Tuesday.

"There are causes for serious concern in a number of member states, especially when it comes to the independence of judiciary,'' Jourova said.

Hungary was criticized for failing to apply anti-corruption measures. The report also noted that media pluralism "remains at risk" in the country.

EU lawmakers threatened last month to sue the bloc's executive branch for failing to take stronger action against the two countries, urging the European Commission to ''fulfill its obligations,'' under a system tying access to EU funds to a country's respect for the rule of law.

Poland and Hungary have requested a share of the €800 billion ($941 billion) EU recovery fund allocated for the coronavirus crisis, but the Commission has yet to approve their requests. Failure to comply with "rule of law" issues is one of the reasons why funds could theoretically be withheld.