The EU's top diplomats have agreed to create a framework for sanctions against Lebanese politicians. They also approved plans to launch a military training mission in Mozambique. 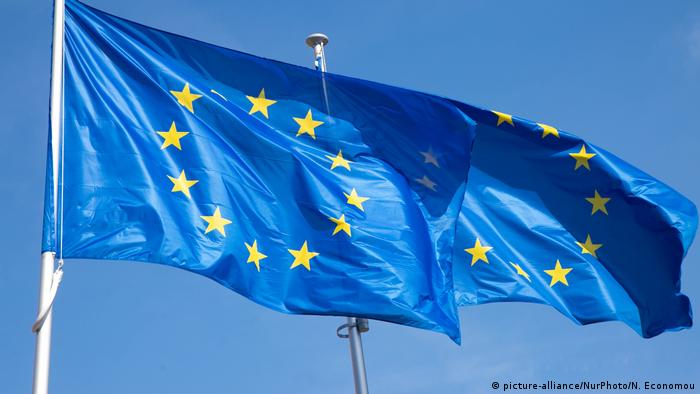 Foreign ministers from the European Union's 27 member states met in Brussels on Monday to try and find a united position on a number of key policy areas.

With strife brewing in both Mozambique and Lebanon, a peace mission and sanctions were the main issues on the agenda. DW takes a look.

The bloc's foreign ministers formally approved a military training mission to Mozambique after EU defense ministers already agreed to send troops to the area in May.

The mission will initially last for two years. Its main goal is to provide military training and expertise on counter-terrorism and civilian protection effort, according to an EU statement.

The East African nation is experiencing a volatile insurgency, with Islamist extremist rebels carrying out attacks in the country since 2017.

The Mozambique mission is facing up to a volatile insurgency and EU defense ministers already agreed to send troops to the area in May.

Over 530,000 people have been displaced due to the violence, according to the UN Refugee Agency, with a severe lack of food complicating aid efforts.

The blocꞌs foreign affairs chief, Josep Borrell, had indicated in May that the mission will take a similar form to military missions already set up in Mali, the Central African Republic and Somalia.

Portugal, has already sent a military training mission, making the most of its colonial connections with the southeastern African nation that facilitate communication and logistics.

However, countries like Germany and the Netherlands have said they do not want to send their troops.

What else did they agree?

Diplomats and foreign ministers also agreed to set up a sanctions regime for Lebanon.

Officials want to have it up and running by the end of July.

EU foreign policy chief Josep Borrell told reporters on Monday: "I can say that the objective is to complete this by the end of the month. I am not talking about the implementation of the regime, just the building of the regime according to sound legal basis."

EU sanctions include travel bans and asset freezes and are expected to be targeted at politicians in Lebanon accused of corruption.

A huge blast 11 months ago at the port of Beirut killed more than 200 people and prompted the resignation of the government.

Lebanon has been led by a caretaker government ever since.

France hopes the use of sanctions will increase the pressure on the country's political factions to strike a deal on forming a permanent coalition.

Why sanctions on Lebanon?

France has been one of the loudest voices calling for sanctions against Lebanese politicians.

"Lebanon has been in self-destruct mode for several months," French Foreign Minister Jean-Yves Le Drian said. "Now there is a major emergency situation for a population that is in distress."

They are seen as a way of encouraging lawmakers to overcome one of the main hurdles in resolving the country's economic crisis: forming a permanent administration.

Lebanon's economy has been in free fall since 2019. Attempts to form a new government have stalled, with political rivalries believed to be holding up progress.

Is Lebanon a failed state?