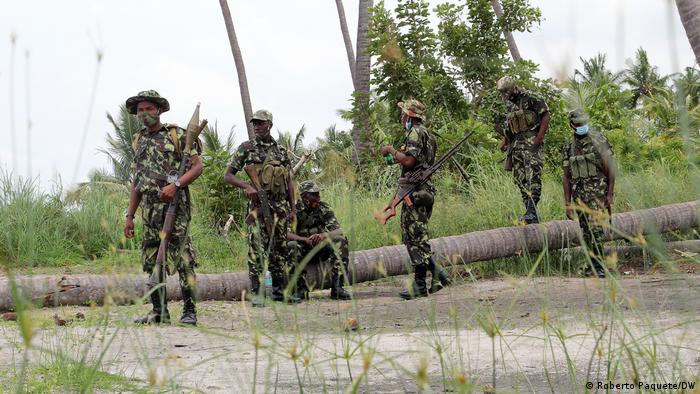 Mozambican troops are battling Islamist militants in Cabo Delgado since 2017

Commander Chongo Vidigal, leader of military operations to regain control of Palma, told state television TVM that a "significant" number of militants had since been killed in the fighting and that the area was now "safe." He, however, stopped short of declaring that the army had regained complete control.

"There was always strong perceptions that the Sunni extremist group was not necessarily that intent on actually holding Palma," Ryan Cummings, director for Africa-focused political and security risk management consultancy, Signal Risk, told DW. Cummings said the insurgents were unwilling to utilize what would have been significant human resources, equipment, and other resources to stave off a counter-insurgency operation by the Mozambican government.

According to the security analyst, the government retaking Palma is potentially due to a militant group's strategic retreat. "Once the town is essentially ransacked of supplies, banks have been sacked, food supplies have been taken, then the insurgents tend to kind of melt away."

On Tuesday, the UN High Commission for Refugees said its teams in the Mozambican town of Pemba had received reports that over 1,000 people fleeing Mozambique and trying to enter Tanzania were not allowed to cross the border to seek asylum.

Thousands of people fled into the surrounding forest when Islamic State-linked militants launched attacks on the northeastern town of Palma on March 24, ransacking buildings and beheading civilians.

Stranded in the bush with little access to food or water, some of the escapees headed south, but others walked north to the Tanzanian border. The UN reports, "new arrivals are women and children with few belongings, most showing signs of severe trauma following the atrocities they witnessed."

Meanwhile, in the southern Tanzanian border town of Mtwara, residents are fearful their Tanzanian relatives in Mozambique are in danger and want their government to repatriate them.

Rukia Ngomeke, a Mtwara resident, has relatives in Mozambique. She says she has lost contact with them since violence broke out. "At the police station, we are told to wait until the refugees are interrogated, and the security officials are convinced they are okay. Then they send their names to immigration for further investigation to find out if they went to Mozambique legally or they went there to hide."

Another resident, Issa Salum, wants the army and police to beef up their presence in Mtwara. "Where we are heading to is not good," he told DW.

The growing crisis is beginning to force Tanzania, which has so far been reluctant to launch its own military action against the insurgents, to act — something the late president John Magufuli shied away from.

"Any engagement by Tanzania in the northern Mozambique crisis would suggest Tanzanian territories were potentially being used as either logistical and operational base for this insurgence," Cummings said. "But if there is enough pressure and leverage from the African Union and other international players, we could potentially see Tanzania playing a more active role in the conflict."

The Tanzanian government knows any potential engagement carries the risk of punitive violence against Tanzania, given its proximity to the main conflict zone, Cummings added.

There are also fears in South Africa that sending troops to Cabo Delgado could result in retaliatory attacks within its own borders.

"The Islamic State stated in September last year basically threatening that any country that was going to deploy their forces from within the SADC region would risk punitive attacks. Specifically, South Africa was referenced in that regard." Cummings said.

While it is unclear which nationalities make up the insurgent numbers in northern Mozambique, South African nationals are among them. 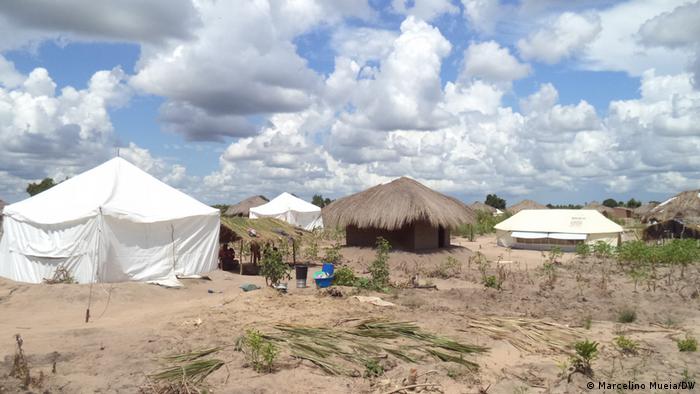 Refugee numbers in northern Mozambique are growing, and there are concerns over malnutrition and hunger

The Mozambican army's ability to fight the insurgency has long been questioned, with analysts pointing to poor training and lack of equipment. Security forces have been bolstered by a South African private military company, Dyck Advisory Group (DAG), but its contract with the government has ended. DAG founder Lionel Dyck confirmed their involvement ended on April 6, adding that it was "unlikely" soldiers had retaken Palma. 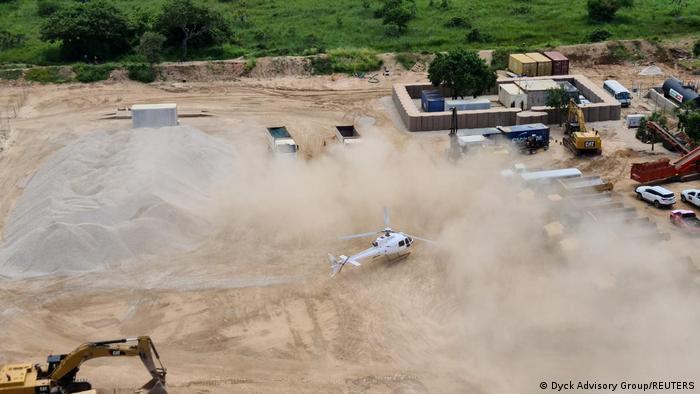 South Africa, which has a relatively strong military presence in the region, announced it was sending defense troops to Mozambique to repatriate citizens caught in the conflict.

"The perception of any state is the minute you accept foreign forces on your soil, your national sovereignty has been compromised," analyst Cummings told DW. He said the Mozambican government does not want to appear as if it "cannot guarantee Mozambique's territorial integrity without the assistance of foreign partners."

According to the UN, more than 11,000 civilians are known to have fled Palma in recent days, and the conflict in northern Mozambique has displaced over 700,000 people.

Salma Mkalibala in Mtwara contributed to this article.

The UN's World Food Program says there is a deepening humanitarian crisis in the north of Mozambique as jihadi gunmen force locals to flee.

As militants launched an attack on Mozambique's Palma, workers are seeking refuge at the Amarula hotel. An operation is underway to rescue the workers, said the government.