The EU summit in Brussels has ended a day earlier than expected - a sign of the leadership style of new European Council President Donald Tusk. Discussions focused on boosting investment and the crisis in Ukraine. 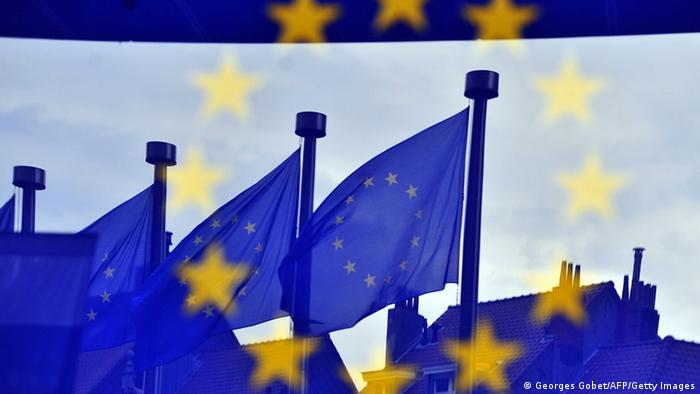 Wrapping up their last summit of the year a day early, European leaders meeting in Brussels agreed late Thursday to launch an investment fund and keep sanctions on Russia over its actions regarding Ukraine.

"European Council finished. On time," the new European Council president and former Polish prime minister tweeted. EU officials said it was the first time in memory that a 2-day summit had ended early.

"Personally I felt very comfortable with the new Council president," German Chancellor Angela Merkel said. "And we even finished before midnight."

Discussions at the summit focused on what Tusk called Europe's two most important challenges: boosting investment and the crisis in Ukraine.

"We agreed three things: one, we call for the urgent establishment of a European fund for strategic investments; two, a renewed commitment to intensify structural reforms; three, continued efforts to ensure sound public finances," Tusk said in a video statement.

The European Fund for Strategic Investment (EFSI) will be launched next year with 21 billion euros ($25.8 billion) of EU money. It is designed to attract private capital for financing projects in energy, infrastructure, transport, education, and research.

Merkel said investments fostered by the strategic fund "must go into projects for the future - particularly, for example, in the digital economy or where we aren't as good on the world market as we should be." 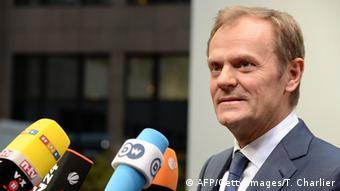 Tusk called Russia's actions in Ukraine a challenge to the entire European Union, and stressed that the EU must be proactive in dealing with Moscow, whose intervention in Ukraine has sparked one of the biggest crises in Europe since the end of the Cold War.

"In fact Russia is today our strategic problem, not Ukraine," Tusk said. "It is obvious we will not find a long-term perspective for Ukraine without an adequate, consistent and united European strategy towards Russia."

"We must go beyond being reactive and defensive. As Europeans we must regain our self-confidence and realize our own strengths," Tusk said.

The European Council is scheduled to next convene in March.

The ruble's plunge in value has prompted some Russians to rush into big-ticket purchases, while others despair as to how they will repay foreign currency loans - or even afford food. Fiona Clark reports from Moscow. (18.12.2014)

As Vladimir Putins tries to gloss over his country's economic problems, ordinary Russians are starting to feel the double whammy of falling oil prices and sanctions. But has the West bitten off more than it can chew? (18.12.2014)