The upcoming summit in Brussels will focus on working with countries outside the EU to help tackle the refugee crisis. EU leaders will also discuss creating a possible safe zone in the north of war-torn Syria. 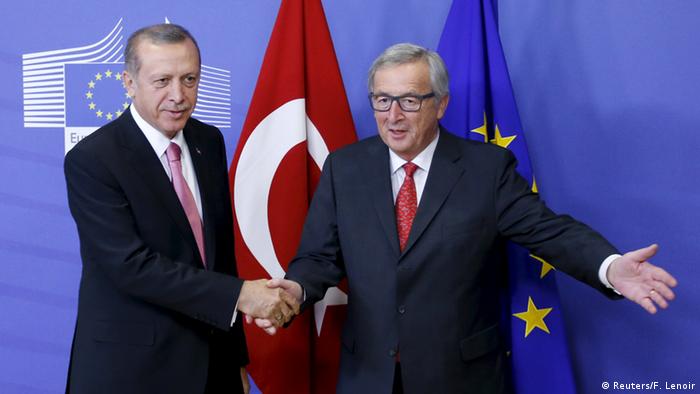 In the fourth EU summit in six months to focus on the refugee crisis, EU leaders plan on Thursday to fulfill their promises of financial help and immigration officers. The Union's executive said the EU will also be stepping up negotiations with Turkey which could be key to helping Europe curb the number of Syrian refugees.

If Turkey agrees, a plan drawn up by the EU would see the country receiving up to 1 billion euros ($1.5 billion) to help host over two million refugees. The funds would also aid in strengthening Turkey's coastguard and potentially discourage Syrian refugees from taking the journey across the sea to reach Europe.

"An agreement with Turkey makes sense if it effectively reduces the inflow of refugees," European Council President Donald Tusk said ahead of Thursday's summit, adding that concessions would only be justified when this goal is achieved.

European Commission President Jean-Claude Juncker had a more confident outlook on the developments and told the European Parliament: "We need Turkey, as Turkey needs the EU."

EU Vice-President Frans Timmermans and other senior officials were in Turkey on Wednesday to press the government on the plan, but before committing to any agreement, the EU must first decide whether Turkey is a "safe country" for the migrants, particularly in light of the recent bouts of violence and deadly suicide attacks in Ankara last weekend.

German Chancellor Angela Merkel is also due to hold further talks with Turkey on Sunday. 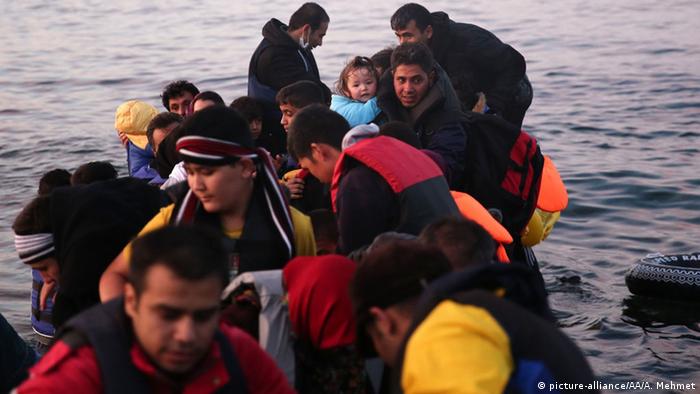 Some EU leader want to offer incentives to Turkey to keep migrants there, hoping it will curb numbers of perilous journeys across the Mediterranean sea

Turkey has previously rejected proposals for building more refugee camps with EU funds and wants to get more cash out the agreement. Turkish President Recep Tayyip Erdogan has also called for greater EU cooperation in the fight against "terrorism," focused both on Kurdish separatists and "Islamic State" (IS) jihadists along the Syrian and Iraqi.

Among the demands are a safe area and no-fly zone in northern Syria which would be free from both Syrian President Bashar al-Assad's forces and IS. The EU states remain hesitant, however, especially after Russia recently launched its own military action in Syria.

Ankara is also been pressing for easier visa access for Turkish citizens to EU countries and more headway in its long stalled application for EU membership.

On Tuesday, EU border agency Frontex reported that over 700,000 people had crossed the Mediterranean this year alone in search of safe haven.

Arguments over the redistribution of 160,000 refugees from the frontline states of Greece and Italy have given way to fears that Europe's passport-free Schengen zone could collapse, as the migrant crisis continues to unfold.

Germany, which could now see an estimated 1.5 million refugees cross its borders this year, is also calling for a fairer distribution of asylum seekers across the EU states.

"I will work tomorrow with the EU to ensure that, step by step, we finally reach a fair division of responsibilities in Europe," Merkel told her party, the Christian Democratic Union (CDU) on Wednesday.