EU to discuss classifying Turkey as 'safe' country of origin

As the EU struggles with the overwhelming number of refugees, the bloc's leaders are discussing including Turkey in a list of "safe" countries. But this could mean turning a blind eye to Ankara's human rights violations. 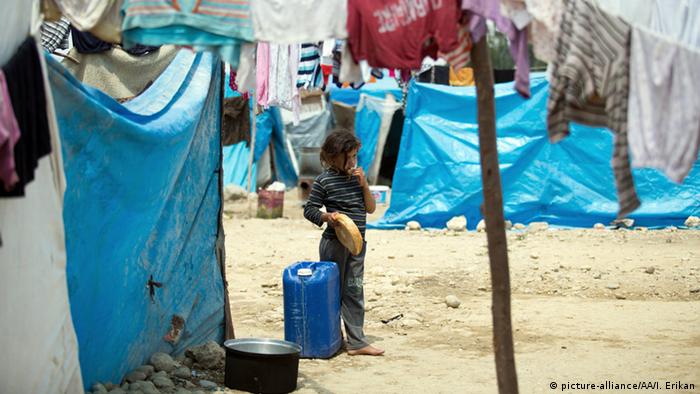 European leaders on Thursday will meet to discuss the refugee crisis and the implementation of decisions they have made so far. EU countries will also discuss their relationship with Turkey and its possible role in stemming the tide of migrants arriving from the Middle East.

Earlier, the European Commission's chief, Jean-Claude Juncker, suggested adding Turkey to a list of "safe" countries, while speeding up discussions on easing visa restrictions for Turkish citizens. The country was "a useful, but a difficult partner," Juncker said, adding that Ankara's boundaries served as "the gates of access for hundreds of thousands of refugees in Europe."

The "safe" classification would help EU member states to deport Turkish nationals back to their country of origin and lessen the bloc's burden of handling migrants.

However, opposition politicians in Berlin believe according Turkey "safe" status could mean ignoring Ankara's dismal human rights record. "This has nothing, absolutely nothing to do with the reality in Turkey," the German parliament's deputy speaker, Claudia Roth of the Green Party, said on Wednesday.

Ankara is also waging a war against the Kurdish separatist organization, the PKK, in the country's southeast. More than 140 Turkish police officers and soldiers have died since the military operation began in July this year. On Tuesday, Turkish forces killed ten Kurdish militants in ground and air operations, the military said.

The incident occured a few days after the PKK announced a unilateral ceasefire following a bomb attack in the capital.

Earlier this week, nearly 100 people died in twin explosions at a pro-Kurdish peace rally in Ankara. No organization claimed responsibility for the attack, but critics blamed President Erdogan's government for not ensuring sufficient protection.

Tensions rise between Kurds and Turks in Germany

After the attack in Ankara, the Turkish community warns against an escalation of violence in Germany. Turkish political parties speak of an agitated atmosphere but not everyone agrees with the warnings. (12.10.2015)