Turkey has always been a democracy in danger | World| Breaking news and perspectives from around the globe | DW | 12.10.2015

Turkey has always been a democracy in danger

Saturday's bomb attacks in Ankara have struck at the very heart of Turkey. Now, shortly before parliamentary elections, the country's democracy is on the verge of collapse. 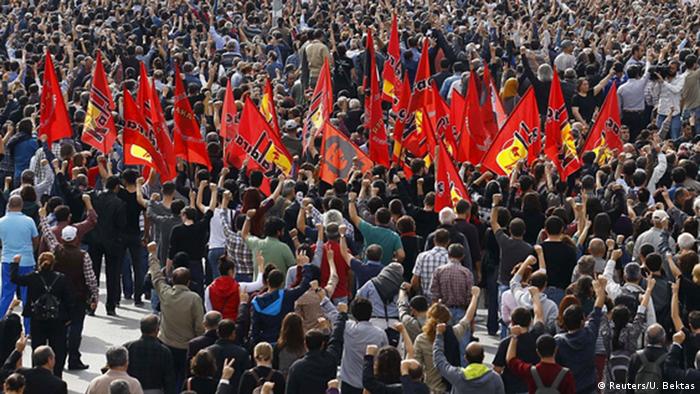 Islamic State did it. At least, that is what Turkish Prime Minister Ahmet Davutoglu said, although he did not seem certain about it. In his list of suspects, he has also included the banned Kurdistan Workers' Party (PKK) and the Revolutionary People's Liberation Party–Front (DHKP/C), a Marxist–Leninist party classified as a terrorist group in Turkey and the EU. The Kurds will obviously not stand for the accusations. The Kurdish opposition blames the government. On Sunday, thousands of people demonstrated against President Tayyip Erdogan. The head of the pro-Kurd Peoples' Democratic Party (HDP), Selhattin Dermirtas, asked out loud how such an attack could take place in broad daylight in the center of the capital, where the government is normally aware of everything that goes on.

A deep divide in society

Christoph Neumann, a professor for Turkish studies at the University of Munich, describes the deep divide in the country. "On one side, there is the center of power revolving around the former prime minister and now president, Tayyip Erdogan." On the other side stand "losers of the old order, like the military and the Kemalists". Moreover, Turkish and Kurdish nationalists are at odds with each other. 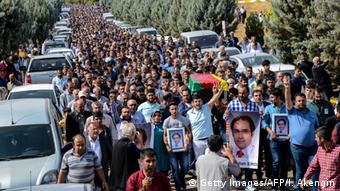 The two groups have been embroiled in a bitter conflict since the 1980s. The Kurdish conflict has claimed over 40,000 lives. For a while it seemed as though it had deescalated– especially because of efforts on the part of Erdogan and his Justice and Development Party (AKP) – but it flared up again in the summer. Since July of this year, 140 Turkish security officers have been killed in PKK attacks and over 1,700 Kurdish rebels in army bombings.

Saturday's bloodbath was the deadliest terror attack in the history of the Republic of Turkey, killing at least 97 people. The worst thing about it was that the targeted demonstrators had come to demand more democratic rights and an end to the violence in the country. Now, after the bomb blasts, the dream of peace has faded.

The trigger: the summer elections

The growing violence can be attributed to the outcome of the parliamentary elections in June. Erdogan's AKP sustained losses for the first time since he took power in 2002. The party just barely missed achieving the absolute majority Erdogan needed to amend the constitution in order to turn the country into a presidential democracy. Erdogan dreams of creating a monument to himself to commemorate the 100th anniversary of the Turkish Republic in 2023. 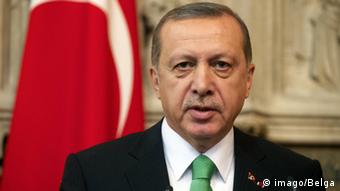 Many accuse Erdogan of fomenting the unrest

The opposition has accused him of wanting a united people to back him in turbulent times. And it seems that Erdogan, who grew up in the working-class neighborhood of Kasimpasa in Istanbul and has been accustomed to removing obstacles on his way up, has decided to accept the consequences, even an escalation of violence. According to Christoph Neumann, the current unrest comes as no surprise. He said, "Just when something has to be changed quickly, destabilization is the best method, and thus, troubles are foreseeable."

It will probably take some weeks before the perpetrators of the attacks become known. But at the moment, it is clear that Erdogan's gamble – if it was one - has not panned out. Pre-election polls still reflect the result of the last elections.

Ultimately, the turmoil will only detract from the country's great domestic problems and not address them. Turkey has accepted more than two million Syrian refugees, more than any other country in the world. More than 330,000 Syrians live in Istanbul alone. The refugees have been spared the worst suffering but they are not integrated in Turkey's society and there are no government plans to help them do so. Many of them do not live in the camps in the Turkish-Syrian border region, but instead, in private dwellings or with relatives.

Many people in the region view Turkey as a transit hub on their way to Europe. When Angela Merkel visits Turkey shortly she intends to discuss a cooperation with Ankara in refugee matters. But Christoph Neumann thinks the visit is badly timed because of the unstable situation. Still, he sees opportunities. "I would like to remind everyone of the historical relations between the two countries," he said. He believes the chancellor should help Turkey to work on parliamentary structures because when it comes to a basic understanding of democratic values, the country is lagging behind. "Turkey has always been a democracy in danger. And it has always been a democracy that had to make do with an inadequate rule of law." Germany could actually help to change that.

Syrian Kurds, Arab rebels and a Syriac militia have announced an alliance to fight the "Islamic State." The groups, backed with US air power and arms, are expected to launch an offensive against IS. (12.10.2015)

Ankara attacks stir up fear among Turks in Germany

The leader of Germany's Green Party has cautioned politicians to avoid any endorsement of Turkey's president after the devastating attacks in Ankara. There are fears that further clashes could reach Germany. (12.10.2015)

Demonstrators have taken to the streets of Ankara to protest the twin bombings that killed more than 95 people a day ago. Leftists and pro-Kurdish parties are blaming the government for the attacks. (11.10.2015)