EU Pushes for Abolition of Death Penalty | Europe| News and current affairs from around the continent | DW | 24.11.2004

The EU begins hosting a three-day seminar on the death penalty in Vietnam on Wednesday. Part of the EU's effort to abolish the death penalty around the world, the event may signal that its efforts are paying off. 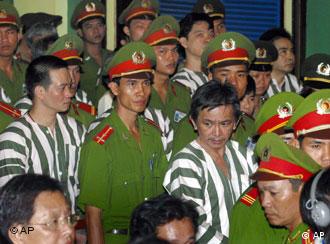 On Wednesday, experts and government officials from Vietnam and four other countries will gather in Hanoi for the EU-hosted seminar, where they'll discuss Vietnam's continued use of the death penalty.

Surprisingly, the seminar is taking place at the prompting of the -- until recently -- staunchly pro-death penalty Vietnamese government. Some experts are taking it as a sign that EU efforts to abolish the death penalty around the world may be starting to bear fruit.

While more than 118 countries have abolished the death penalty either in law or practice, 78 remain committed to the policy, including the United States, a country with whom the EU currently has strained relations. In moving its anti-death penalty campaign forward, the EU faces significant challenges.

In the past, European efforts to raise the issue of the death penalty with Vietnamese officials had very little effect. But at a recent meeting, the Vietnamese side expressed an interest in taking an in-depth look at their policy. 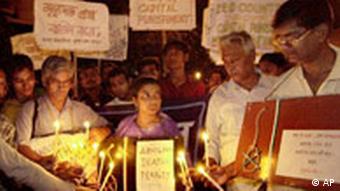 The agenda of this week's meeting will cover relevant instruments of international law, including the United Nation's International Covenant on Civil and Political Rights (ICCPR) and its second Optional Protocol on the Death Penalty. In addition, European abolition experiences, Vietnamese practice and application, alternative punishments, and transitional strategies will be discussed, Chistoph Wiesner, head of the Political, Commercial and Economic Section of the EU Delegation of the European Commission to Vietnam, told DW-WORLD.

However, he is not optimistic that the seminar will prompt immediate change.

“We do not expect it to have any immediate impact on the realties in Vietnam,” he said. “We hope, however, that it will contribute to ongoing reflections about a possible reduction of the death penalty's scope of application as a first step towards eventual overall abolition.”

EU takes on the death penalty

The EU has since used a variety of means to push the 78 remaining holdouts, including the US, to reconsider their stance on capital punishment. EU member states have agreed to make the abolition of the death penalty mandatory for all acceding states, and regularly issue demarches in cases where the application of the death penalty violates the EU's minimum standards, as in the case of a Nigerian woman who was sentenced to death by stoning. 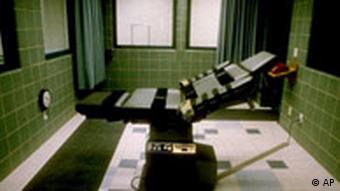 In the US, the EU adopted a unique strategy. Since 2001, it has submitted “amicus curiae” (“friends of the court”) briefs to the US Supreme Court in cases involving the death penalty. In a 2002 case involving a mentally retarded person who was appealing a death sentence, the court ruled in favor of the defendant and referred to the EU brief in its decision.

Those involved with non-profit efforts to abolish the death penalty say the EU has made a valuable contribution to the fight.

“It's first and main contribution was to put the death penalty's abolition into the second article of the European Charter on Human Rights,” Michel Taube, Executive Director of the World Coalition Against the Death Penalty, said. “The decision to definitively abolish the death penalty in Europe was a big political and legal victory.”

Nonetheless, Taube said there is room for improvement. For one, he would like to see the EU place more emphasis on urging countries to sign-up to internationally binding agreements, such as the ICCPR, which he said, is the only truly effective way to end the use of the death penalty.

What's more, according to Taube, the EU has focused too strongly on the death penalty as a purely human rights issue. In his opinion, the EU needs to make a better case for the abolition of the death penalty in the context of a more effective approach to crime prevention.

“The EU is not making a strong enough case that you can fight crime without the death penalty,” he said.

In Brussels Monday, EU foreign ministers called on Iraq's foreign minister not to reintroduce capital punishment, which was suspended after the toppling of Saddam Hussein. (July 13, 2004)

Speaking out Against the Death Penalty

The UN Commission on Human Rights has called for the abolition of the death penalty. The resolution was put forth by the European Union. (April 26, 2004)

The European Council has agreed that everyone’s right to life shall be protected by law. No one shall be deprived of his life, regardless of circumstances. (May 4, 2002)