Reacting to the rise of Donald Trump and the fallout from Brexit, Austrians voted for the pro-European Union candidate. But Norbert Hofer's populist surge could propel his party into parliament in 2018. 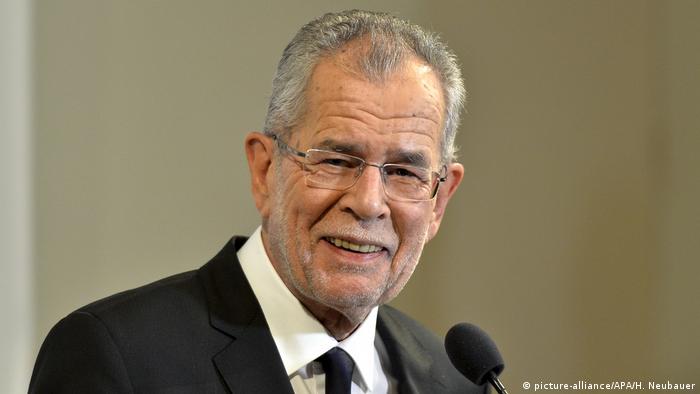 Leaders in the European Union reacted joyfully on Monday to the election of left wing, pro-EU candidate Alexander Van der Bellen in the Austrian presidential election. The former Greens leader had prevailed over his far-right, euroskeptic rival Norbert Hofer in Sunday's election.

"I am delighted that Mr Van der Bellen won yesterday in Austria," Merkel said during a visit to the German Bundestag ahead of a conference of her Christian Democratic Union in Essen.

"I think his decision to do everything in his power to reconcile the Austrian people is correct."

President of the European Parliament Martin Schulz congratulated the independent candidate on his win. The result was a "heavy defeat of nationalism and anti-European, backward-looking populism," Schulz said on social network Twitter.

Greek Prime Minister Alexis Tsipras said in a tweet that Van der Bellen's victory was a breath of fresh air.

Experts said Austrians were swayed away from populism after witnessing the fallout from Britain's Brexit vote and Donald Trump's election victory in the USA.

"The idea of Austria's possible EU exit scared them and made them choose a candidate who is not from the establishment per se but mainstream and much more pro-European."

He said the election cast doubts on the "inevitability of the triumph of populism."

"The defeat of the far-right Norbert Hofer by Alexander Van der Bellen in Austria provided a chink of light for the euro, preventing its more excessive losses from sticking around for too long," noted Spreadex analyst Connor Campbell.

Do not 'play with fire'

Van der Bellen put his pro-EU platform at the center of his election campaign, warning voters not to "play with fire."

"I will be a pro-European president of Austria open to the world," Van der Bellen, 72, said in his victory speech. 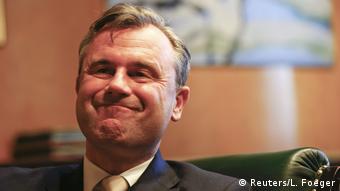 Hofer's Freedom Party is anti-immigration and euroskeptic. But Hofer himself had faltered on his anti-EU stance. He suggested during his campaign that Austrians could vote within months of an election victory to leave the EU, but later backpedaled on those claims, leaving voters uncertain.

Despite its defeat the party remains a powerful contender in Austria's parliamentary elections, which are due in 2018 but could be called earlier. Hofer said he would be a contender in the elections.

"2017 will be the Freedom Party's year! Our time is coming," he wrote on Facebook.

Frauke Petry from the right-wing Alternative for Germany party, which has won opposition seats in 10 of Germany's 16 states ahead of federal elections in 2017, echoed his statements.

Both candidates for the largely ceremonial, but highly coveted post ran as outsiders, amid widespread dissatisfaction with the two mainstream parties, the Social Democrats and Christian Conservatives.

Carsten Nickels of the advisory firm Teneo in Brussels said voters were "impatient with the political center, which keeps explaining that the world 'out there' is complex and it requires time to find solutions.

"In addition to the economic crisis, the migration crisis, terrorism and security threats have become focal points. It's led to a huge cultural and identity issue in politics," he told AFP.

Austrians have returned to the polls to decide the presidential race between a right-wing populist and his left-leaning rival. The vote is being watched, as a far-right win could boost populist movements in Europe. (04.12.2016)

Austria's presidential election will be decided in Vienna. Van der Bellen can beat Hofer only by winning the capital. Hofer's FPÖ party is leading in the provinces. Will the trend toward European populism continue? (03.12.2016)

Referenda: a defense against populism?

German Chancellor Angela Merkel's CDU is meeting for two days to discuss its manifesto for the 2017 elections, that excludes plebiscites. But the apparent fear of the people is playing into the hands of populists. (05.12.2016)