European Union leaders have called for an emergency meeting after a ship carrying 700 refugees capsized off Libya. In the past two weeks, more than 1,000 refugees have died in their attempts to reach European shores. 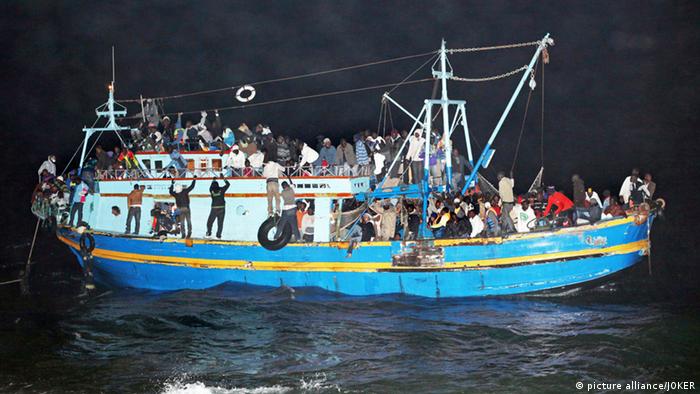 The EU's foreign policy chief Federica Mogherini said the bloc's foreign ministers would perform an initial assessment of the accident in Luxembourg on Monday.

As many as 700 people were feared dead after a fishing boat packed with migrants sank off Libya's coast on Sunday. If confirmed, the disaster could be one of the worst in the Mediterranean, along with another one last week, when 400 refugees died in a similar tragedy.

"We cannot remain insensitive when every day there is a massacre in the Mediterranean," Italian Prime Minister Matteo Renzi said, calling for an emergency meeting of the bloc's leaders this week. His Greek counterpart Alexis Tsipras supported the proposal, saying southern European countries needed to coordinate proposals to prevent migrant tragedies. 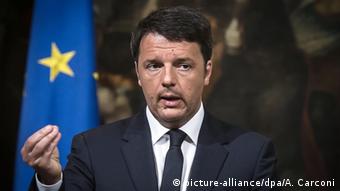 There were also a number of calls for Triton, the EU's border protection program to be expanded.

Triton is the bloc's new strategy to protect its coastline, operating 30 miles off the Italian coast. The previous "Mare Nostrum" program was canceled last year after critics felt it created extra costs for the EU and encouraged migrants who thought they had a chance of being saved.

Germany's Foreign Minister Frank-Walter Steinmeier said it was essential to stabilize countries like Libya to prevent boat tragedies. "Only stable conditions there will keep Libya from being used by migrant smugglers and smuggler organizations," the minister said in an interview on German television.

Finding traffickers and punishing them was one way of dealing with such crises, Britain's Foreign Secretary Philip Hammond said.

Antonio Guterres, head of the United Nations refugee organization UNHCR, said the need of the hour was a "robust rescue-at-sea operation." Otherwise, he said, people seeking safer shores would continue to die at sea. He also said the EU needed to deploy stronger search and rescue teams and increase legal avenues for migration.

Nearly 170,000 migrants arrived in Italy by sea in 2014. Around 20,000 have sought safety in the country this year, but the number of deaths has risen almost nine-fold.