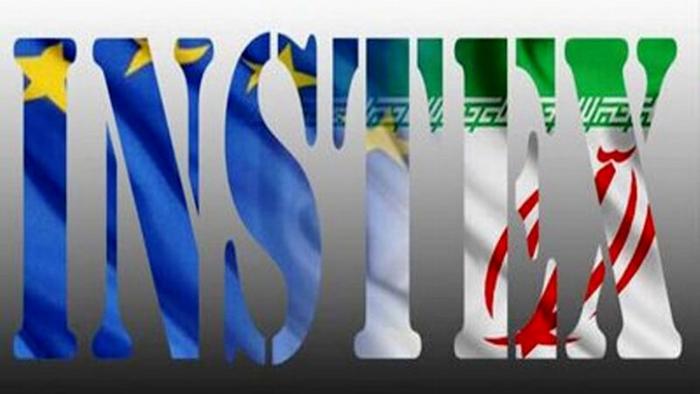 Since withdrawing from the Iran nuclear deal in May 2018, the US has imposed a range of sanctions on Tehran that are hurting Iran and countries across Europe. In response, Tehran has stopped complying with the terms of the nuclear agreement. France, Germany and the United Kingdom — or E3 for short — consequently triggered the framework's dispute resolution mechanism in early January.

Tehran has repeatedly stressed its willingness to honor the terms of the nuclear deal provided the framework's other signatories stick to the agreement and allow its economy to get back on its feet. This puts the E3, who are eager to save the Iran nuclear deal, in a difficult situation: despite US sanctions, they aim to keep trading with Iran to garner its goodwill.

On January 31, 2019, the foreign ministers of France, Germany and the UK announced the creation of the Instrument for Supporting Trade Exchanges (Instex) to facilitate legitimate trade with Iran without breaching US trade sanctions. The explicit purpose of the mechanism is to help salvage the Iran nuclear deal.

The Iran-EU trade initiative is headed by German diplomat Michael Bock and based at the French Finance Ministry in Paris. As US sanctions have largely cut off Iran from the international financial system, the idea of Instex is to facilitate the exchange of goods between Iran and the EU without the direct transfer of money.

So as not to irritate the US too much, the mechanism is set up for the trade in humanitarian goods: pharmaceutical, medical and food products only, as these items are in any case exempted from US sanctions. The only goods Iran can export without breaching the sanctions regime are carpets, pistachios and other select agricultural products.

No goods have been exchanged so far

But despite the establishment of Instex one year ago, no goods have thus far been exchanged through the trade mechanism — a situation that Michael Tockuss of the German-Iranian Chamber of Commerce finds deeply disappointing. He told DW that "we are not even at the stage where we can pass on a phone number when a company calls us asking to be put in touch with Instex."

He says that currently the mechanism is irrelevant to EU-Iranian trade — for the past six months, Instex has been little more than "a political project aimed at fostering Iran's hopes."

Read more: Iran's millionaire mullahs, the military, and the fight for foreign currency

But those hopes have been dashed. According to the German Statistical Office, Germany and Iran traded goods worth €1.5 billion ($1.6 billion) in 2019 — just half of what the two countries traded in the years before. Companies are increasingly scared to trade with Iran because of the US sanctions regime.

Iranian Ambassador to Germany Mahmoud Farazandeh recently vented his frustration at the situation, saying that "one should properly know one's abilities before making such commitments." Alluding to Germany's diplomatic promises, he said that "when you issue a check, you should first make sure you have money in your bank account so you can honor your commitment."

According to an unnamed Instex source, there are plans to strike a deal soon. "We need to reach an agreement to lay the groundwork for the future," the source told DW, adding that mutual distrust had slowed down negotiations considerably.

The source went on to explain that "the Iranians were skeptical if there would be further trade after the first transaction." That is why "Tehran needs reassurance that this is not just a test but that further deals are planned."

The Instex source also told DW that these preparations have taken so long because "Iran has had to agree all kinds of aspects connected to the transaction mechanism with three European states, and that unfortunately takes a lot of time."

Yet Sascha Lohmann of the German Institute for International and Security Affairs (SWP) believes this delay has a different reason. He argues that "one can conclude from this that [the trade mechanism] does not have sufficient backing from high-ranking political figures."

US irritated by Instex

This could well be the result of US displeasure at Instex, even though the mechanism is only designed for the exchange of humanitarian goods. Last May, for example, the US Treasury Department sent a letter to the Instex president in which it warned that "[trade] activities which breach US sanctions can have serious consequences, such as exclusion from the US finance system." 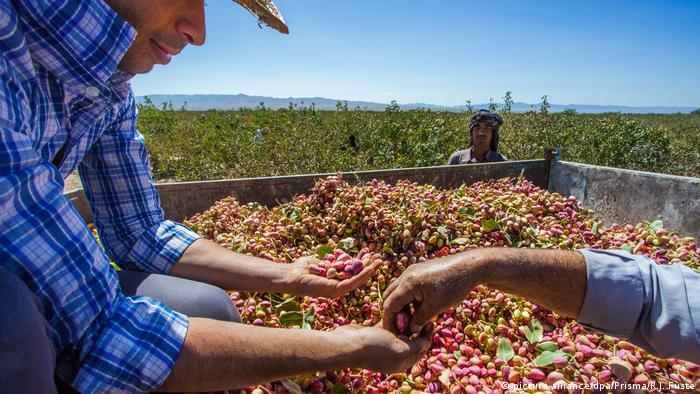 SWP analyst Lohmann says "I think that supervisory board members and ministry undersecretaries are aware of the risk they might be banned from entering the US if the country takes action against them or Instex."

That Instex has not lived up to expectations is an open secret. At the German government's press conference on January 15, Foreign Ministry spokesman Rainer Breul admitted that "we are unable to provide the economic opportunities that Iran expected from this arrangement and which have now vanished due to the US withdrawal. We cannot fully compensate for this."

Although there had been plans to facilitate the trade of oil and gas via the Instex mechanism, this is now not the case. This poses a problem for Iran, which is rich in both and depends on their export. According to SWP analyst Lohmann, the mechanism is not designed to facilitate enough trade to persuade Iran to honor the terms of the nuclear deal.

Ellie Geranmayeh, an expert on Iran with the European Council on Foreign Relations (ECFR), argues that it became clear by last summer that Instex was more of a political and symbolic gesture rather than a genuine economic initiative. She says US policymaking vis-a-vis Iran places great restrictions on the mechanism, and that "Instex is no game-changer. It does not represent a tool for the Europeans to convince or force Iran to cease its nuclear activities."

Sven Giegold, an MEP with Germany's Green party, thinks extensive trade between the EU and Iran will require more than a state-sanctioned mechanism like Instex. He says "if we want to assure Iran it will benefit from not pursuing nuclear weapons we must establish a state-run oil trading organization." He admits, however, that this would require determination on the part of the bloc to go against US interests if need be. And the Instex trade mechanism makes clear just how difficult this can be.