The state monopoly on gambling in Germany is 'unjustifiable' and must be broken up at once, the European Union's top court ruled on Wednesday. The court said the gambling laws were being applied inconsistently. 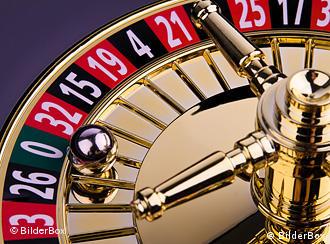 Only Germany's states can offer gambling services under current law

The German government's monopoly on most forms of gambling must be ended immediately, according to the European Court of Justice in Luxembourg. The court ruled that "the German rules do not limit games of chance in a consistent and systematic manner." It said that the state the monopoly is not justifiable.

Under German law, only the country's 16 federal states or companies run by them can offer gambling services. The state therefore has an effective monopoly on gambling and lotteries. The law also bans most Web-based betting, and forbids advertising such services.

The German State Treaty on Gambling came into force in 2008 to curb a growing trend in gambling addiction. Critics say it simply ensured that the state received a substantial chunk of the revenue from gambling.

A number of private betting companies have challenged the treaty, saying it is inconsistent, because the federal states do not hold a monopoly on certain forms of gambling like slot machines and casinos. Numerous Internet users place bets illegally with private online companies registered abroad, which tend to offer better odds.

Berlin is losing out on sports betting, experts say

Don't bet on Germany fully liberalizing its state-run gambling monopoly anytime soon. But there is a good chance the country will amend its restrictive gambling legislation to boost revenue and its control of the sector. (26.05.2010)

As football authorities try to fight the worst scandal ever to hit the sport, gaming operators are coming under scrutiny. But as Deutsche Welle discovered, they could help prevent games from being thrown. (07.12.2009)

Online bookmakers can be blocked by governments as a crime-fighting measure, a European court has ruled. But critics say prohibiting them breaks EU rules and won't reduce their popularity. (09.09.2009)