Private firms are justified on certain grounds to bar a female employee from wearing a headscarf or veil, according to the European Court of Justice. The top court was ruling on cases in France and Belgium. 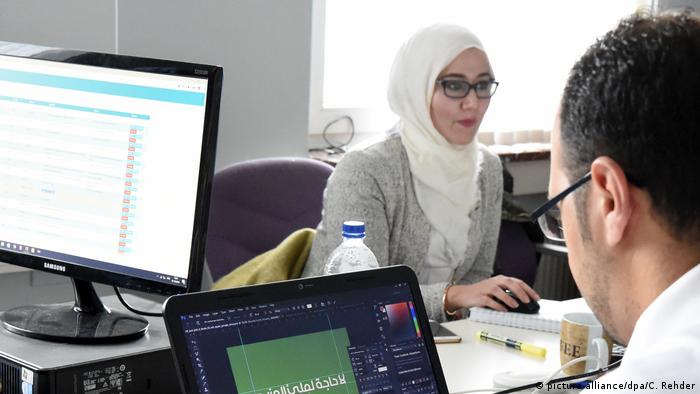 The court issued a complicated judgement Tuesday on two cases, involving a veil-wearing software engineer in France and a headscarf-wearing receptionist in Belgium, centered on the EU-wide law known as the anti-discrimination or equal treatment Directive 2000/78.

"An internal rule of an undertaking [firm] which prohibits the visible wearing of any political, philosophical or religious sign does not constitute direct discrimination," the court said.

"However, in the absence of such a rule, the willingness of an employer to take account of the wishes of a customer no longer to have the employer's services provided by a worker wearing an Islamic headscarf cannot be considered an occupational requirement that could rule out discrimination," the court added.

The Luxembourg-based court's ruling came on the eve of the Netherland's parliamentary election in which migration has been a key issue.

An expert for the European Court of Justice has said that a French information technology firm acted illegally in firing a Muslim employee for wearing her headscarf. She argued that the move amounted to discrimination. (13.07.2016)

Berlin's Labor Court has ruled that the city violated a teacher's rights by denying her a job. The woman had been told that she could not wear her headscarf while working because of an ideological neutrality law. (09.02.2017)

To ensure full participation of citizens within the EU, including economic life, the EU's Directive 200/78 prohibits "any direct or indirect" discrimination.

Article 9 of the 1950 convention says everyone has the right to "manifest his religion or belief, in worship, teaching, practice and observance."

Article 10 of the younger charter also underpins the right to religious practice but in Article 16 it also states that enterprises have the "freedom to conduct a business in accordance with Union law and national laws."

Advocates general to Europe's top court had delivered contrary views on how to interpret the directive and prior judgments by top French and Belgian courts of appeal.

Eleonore Sharpston said the French employer of design engineer Asma Bougnaoui, who was dismissed in 2009 for wearing a veil while advising a Toulouse client, should "give way" to the right of the individual employee to manifest her religion.

Sharpston concluded that there had been discrimination on the grounds of religion or belief, adding that "it seems to me particularly dangerous to excuse the employer from compliance with an equal treatment requirement in order to pander to the prejudice" based on the argument "our customers won't like it.

In the case of receptionist Samira Achbita, another EU court advocate general Juliane Kokott concluded that her wearing a headscarf at a Belgian security firm did "not constitute direct discrimination based on religion" in terms of the directive "if that ban is founded on a general company rule prohibiting visible political, philosophical and religious symbols in the workplace." 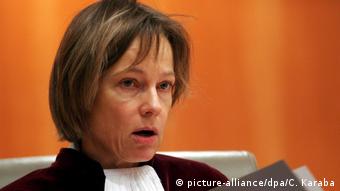 "Such discrimination may be justified in order to enforce a policy of religious and ideological neutrality," concluded Kokott.

The firm had dismissed the receptionist in 2006. She then began Belgian court proceedings against wrongful dismissal, backed from 2009 by the Belgium Center for Equal Opportunities.

Two higher Belgian labor courts subsequently dismissed her claim. In 2015, Belgium's Court of Cassation stayed proceedings and referred the case to the European Court of Justice.