An expert for the European Court of Justice has said that a French information technology firm acted illegally in firing a Muslim employee for wearing her headscarf. She argued that the move amounted to discrimination. 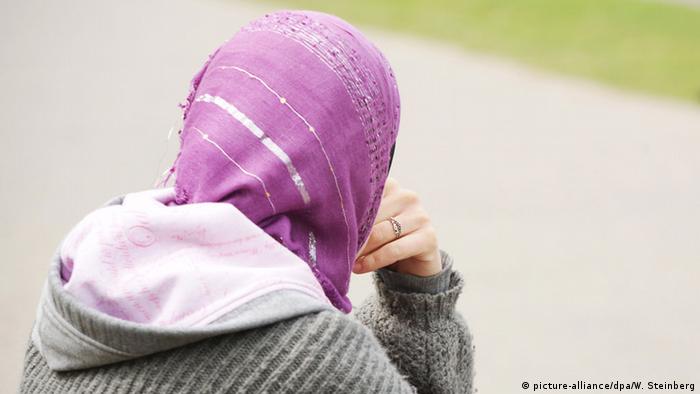 The European Court of Justice said one of its advocates general, Eleanor Sharpston, "considers that a company policy requiring an employee to remove her Islamic headscarf when in contact with clients constitutes unlawful direct discrimination."

Sharpston's comments, however, seemed at least to partially contradict an earlier opinion issued in a separate case in May, in which a woman had been fired by a Belgian security firm after she insisted on being allowed to go to work in a headscarf. The advocate general in that case had said that companies may ban Muslim headscarves, provided they are enforcing a general prohibition on all religious symbols in the workplace.

France, a particularly secular country at the state level, has such blanket bans on religious symbols in place in schools and some other public sector workplaces - also affecting Christian crucifixes, Jewish skull-caps and so forth.

Sharpston, whose opinion must now be considered by the court when it makes a final ruling, found nothing to suggest that the woman in question "was unable to perform her duties as a design engineer because she wore an Islamic headscarf." Sharpston is one of 10 advocates general who provide legal opinions to the European Court of Justice.

Plaintiff Asma Bougnaoui worked as a design engineer for the consultancy Micropole, where her job involved meeting company clients. One of the clients had complained about her headscarf, asking that it be removed in the future. Refusing to follow the request, the female employee was dismissed in June 2009, just under a year after she had joined the company.

The EU court will now have to examine the two cases and may give its judgment in a joint decision by the end of the year, a legal source told the AFP news agency.

Opinions by the EU court's advocates general are only considered as initial views and not binding rulings, though the court considers the senior lawyer's advice when eventually giving its judgment.

France brought in a ban on full-face veils (such as burqas) in 2010 - despite claims that the ban was discriminatory and in violation freedom of expression and religion. Belgium and some parts of Switzerland have followed France's lead, introducing similar bans.

The European Court of Justice could now decide to give a general clarification on the status of headscarf bans in Europe and how they may be applied while still obeying EU law. At present, companies can set out their dress codes but the exact legal status of enforcing these is disputed.

The French government wants to send imams to classes in secularism and religious freedom as a measure to prevent home-grown extremism. Elizabeth Bryant reports from Lyon on a program that is paving the way. (14.04.2015)

The European Court of Human Rights has rejected a challenge to a French ban on wearing the burqa in public places. Judges ruled that preservation of a certain idea of 'living together' was a legitimate aim. (01.07.2014)