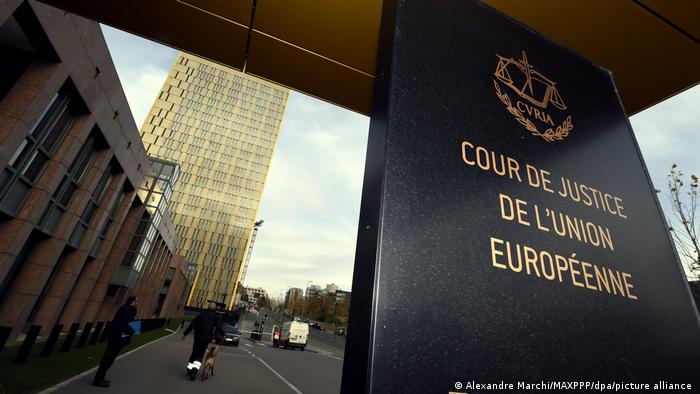 The European Commission is suing Hungary at the European Court of Justice to reverse a law restricting access to information on LGBTQ issues as well as a decision to revoke the broadcast license of the country's last independent radio station.

"The Commission considers that the law violates the internal market rules, the fundamental rights of individuals (in particular LGBTQ people) as well as EU values," an EU statement said.

Why is Brussels confronting the EU country?

The latest development could see EU funds for Hungary frozen over rule of law breaches.

The Commission has long been at loggerheads with Hungary's conservative Prime Minister Viktor Orban amid claims his government misused EU money and broke the bloc's laws, as well as human rights restrictions.

Orban has repeatedly rejected charges that the legislation, which came into effect in 2021, discriminates, arguing the law prohibits "promoting" LGBTQ content to children at school.

For the past year, the EU has been trying to convince Hungary to change the law that bans content portraying or promoting homosexuality to minors.

What exactly is Hungary's LGBTQ law?

The Hungarian restriction on young people's access to information about LGBTQ is part of a broader "Anti-Pedophilia Act," which originally focused on tougher penalties against child abuse.

But the Hungarian parliament in June last year passed the bill with further amendments, including a ban on sex education and media content.

The law prohibits the "display or promotion" of homosexuality or gender reassignment in educational material or TV shows for people under 18.

What other matters prompted the EU to sue?

As part of Friday's legislative move, the EU is also taking Hungary to the ECJ over Budapest's decision to revoke a broadcast licence from the country's last independent radio station.

Opinion: The EU must get a grip

The EU has agreed on an oil embargo "light" against Russia. It's a long overdue step after weeks of dispute that have shown cracks in European unity, writes Alexandra von Nahmen.

Opinion: German team not taking a knee in protest, in Budapest, missed an opportunity

Germany's Nations League draw against Hungary in Budapest was disappointing. But even more disappointing was the team's failure to demonstrate what they stand for while there, DW's Jonathan Harding writes.