European Commission President Jean-Claude Juncker and Austrian Chancellor Werner Faymann have warned that fences are not welcome in the EU. Shortly before, Vienna suggested building a barrier on its Slovenian border. 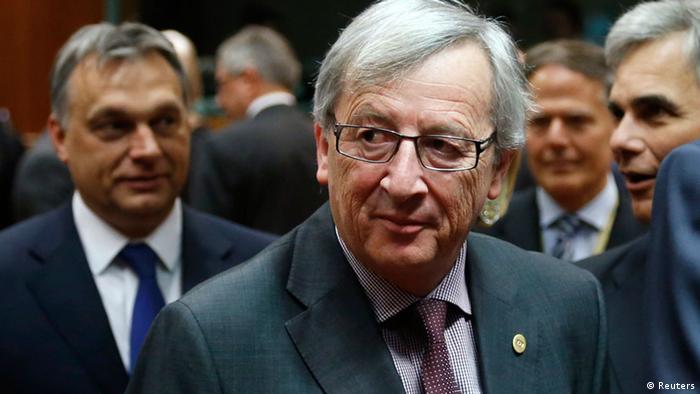 A statement released late on Wednesday, following a telephone call between the two men, said both Juncker and Faymann "repeated their common position that fences have no place in Europe."

The statement followed more details on Wednesday about a proposed fence on the Austrian-Slovenian border.

Austrian Interior Minister Johanna Mikl-Leitner last week raised the possibility of a "European Fortress," before suggesting on Tuesday that Austria should erect "special construction measures" on the border with Slovenia.

Speaking on Wednesday, however, Mikl-Leitner said the proposed fence was "not about shutting down the border."

"This is about ensuring an orderly, controlled entry into our country. Also, a fence has a gate," she said. Officials say it will likely be about 15-kilometers long and cover both large and smaller green borders.

The Interior Minister told Austrian radio that the fence would be "unlike Hungary's razor-wire fence." Budapest closed off its borders to Serbia and Croatia earlier in October, pushing the huge influx of asylum seekers into Croatia, which introduced its own controls - isolating Slovenia in the process.

During the telephone call on Wednesday, Juncker and Faymann also reiterated that measures agreed at the EU's emergency summit with Balkan states on Sunday had to be "implemented immediately to avoid a human tragedy."

Included in the agreements is the provision of 50,000 reception places in the Western Balkan states, as well as better coordination between countries to avoid the one-sided burden of border controls. The EU's border patrol agency Frontex will also be reinforced with additional personnel.

UN says 700,000 migrants have arrived in Europe by sea this year