A crowdfunding campaign to sue the British government over the denial of votes to UK-based European nationals has hit its initial target. Hundreds registered complaints after their names were crossed off voter lists. 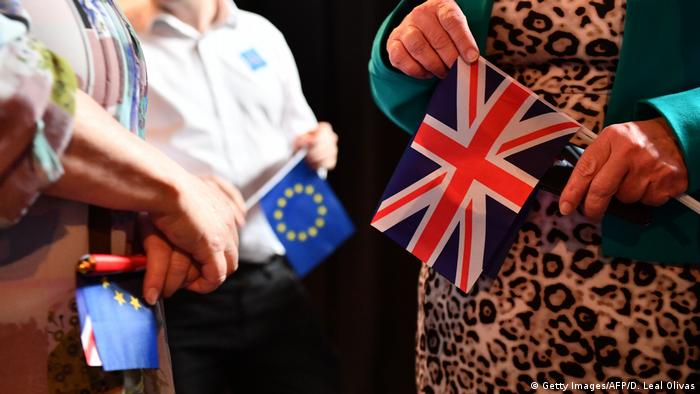 The British government is facing a potential legal challenge over the denial of votes to EU citizens, after many claimed to have been turned away from polling stations by officials.

A crowdfunding campaign launched on Saturday quickly reached the minimum target of £20,000 (€22,700/$25,400) required to open an investigation into possible legal action.

Many said they had been removed from eligible voter lists because officials had failed to process necessary forms in time. Some British voters living abroad also said they were denied their vote because postal ballot papers arrived too late.

The crowdfunding effort was organized by the3million, a group that represents British-based EU citizens, and Britain in Europe, which lobbies for UK expats overseas.

"A massive thank you for your generosity," said a statement on the crowdfunding page. "We have hit the £20,000 target in just a few hours, which is incredible. We are sure those who had their vote denied this week will really appreciate your support."

Joint organizers Nicolas Hatton and Jane Golding asked for no more donations to be made until the case was confirmed to go ahead.

"This will depend on the work by our legal team in the next two weeks, as they investigate which legal angle is more likely to be successful," the pair said.

If successful, the organizers hope to raise £100,000 to explore cases on behalf of individuals "to seek compensation for unequal treatment, emotional distress and out-of-pocket expenses."

The UK, which had been due to leave the EU on March 29, was not expected to participate in the election. But the rejection of outgoing British Prime Minister Theresa May's withdrawal agreement by Parliament meant the country's exit from the European Union didn't go ahead as planned.

The UK Electoral Commission said the "very short notice from the government of the UK's participation in these elections impacted on the time available for awareness of this process amongst citizens, and for citizens to complete the process."

Britain's two main parties,  the Conservatives and Labour, were expected to face heavy losses in the EU elections, which were held on Thursday in both the UK and the Netherlands.

UK election results are to be announced on Sunday, after all other EU countries have finished voting.

Who are the candidates to replace Theresa May?

Following Theresa May's confirmation that she will quit on June 7, there are several Conservative candidates jostling for position to replace her as party leader, and by extension prime minister of the United Kingdom. (24.05.2019)