EU Brexit summit closes with continued uncertainty about future | Europe| News and current affairs from around the continent | DW | 29.06.2016

In their talks without Britain's David Cameron, European leaders say there can be no free market access "a la carte." They also warned that "Brexit" talks could not begin before the UK formally applies to leave the bloc. 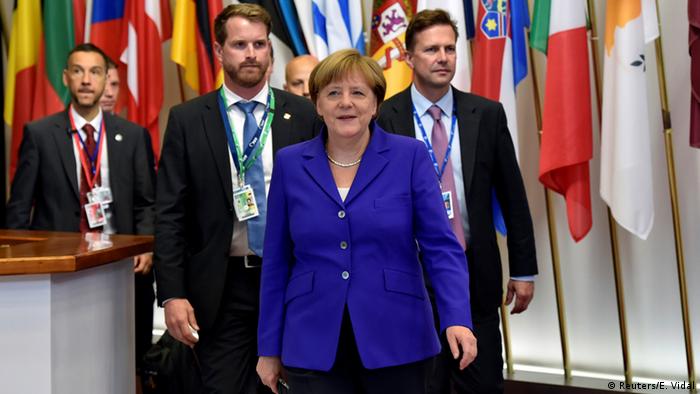 European Council President Donald Tusk lead the line as the first EU summit since the UK's referendum drew to a close on Wednesday. Tusk voiced regret at Britain's vote to leave the European Union, but said Europe had made it "crystal clear" that access to the European single market remained contingent on accepting its four principles of free movement - applying to goods, services, capital, and people. "There will be no single market access 'a la carte'," he said.

Britain's Leave campaign had argued in favor of stopping free movement of people within the EU, implying at least that it might be possible to do so and yet remain within the European single market.

"Leaders are absolutely determined to remain united and work closely together as 27," Tusk said, a reference to the absence of Council member number 28, Prime Minister David Cameron. "We reconfirmed that Britain's withdrawal from the EU must be orderly and there will be no negotiations of any kind until the UK has notified the EU of its intention to withdraw." 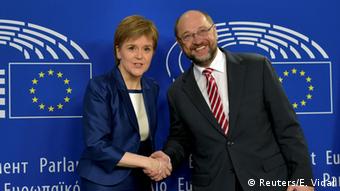 Angela Merkel, meanwhile, rejected the idea of treaty change or reform in light of the UK's referendum, saying voters would rather see results - not debate - from Brussels.

Greek Prime Minister Alexis Tsipras disagreed, arguing that Brussels must react to the British vote or risk further tensions, saying economic disparities in the bloc were growing too quickly.

British Prime Minister Cameron left on Tuesday night, and was back in the House of Commons on Wednesday for Prime Minister's Questions. Scottish First Minister Nicola Sturgeon, however, met with European Parliament President Martin Schulz on Wednesday morning, and was scheduled for evening talks with the Commission's Juncker. Scottish voters elected to remain in the EU, but are currently set to exit as a part of the United Kingdom. EU officials sought to stress that they were only listening to the Scottish nationalist, saying the issue remained one for Britain to resolve.

Now for our rolling updates from the summit:

EU leaders will begin talks in Brussels later, seeking a 'new impulse' to secure the bloc's growth and security. Renewed calls for reforms are being echoed across the continent in light of the British referendum. (28.06.2016)

Germany, France and Italy have agreed not to negotiate future relations with Britain until it formally notifies the EU of plans to exit the bloc. Any drawn out exit process could endanger the economy. (27.06.2016)