Ethiopia: UN and US call for Tigray cease-fire

The US and UN made renewed appeals to the combatants in Ethiopia to de-escalate and work towards negotiating a truce. This comes as PM Abiy Ahmed goes to the front. 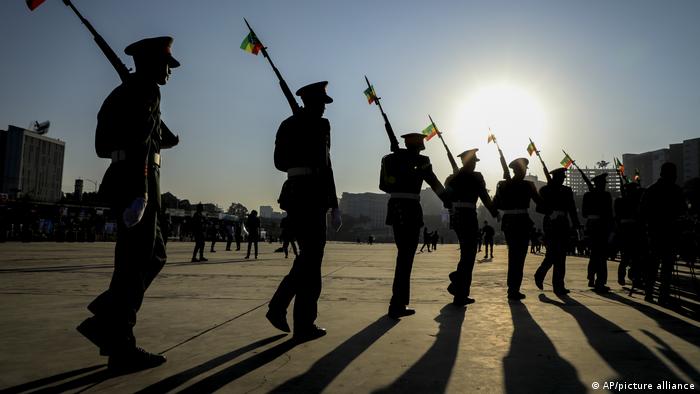 US envoy Jeffrey Feltman warned on Wednesday that "there is no military solution" to Ethiopia's civil war. He called for "de-escalation and a negotiated cease-fire" in a US State Department briefing.

Feltman said that there had been "nascent progress" in setting up negotiations between the various parties, but that this is being "outpaced by alarming developments on the ground." Responding to news that Prime Minister Abiy Ahmed had gone to the frontlines, a State Department spokesperson urged all parties to "refrain from inflammatory and bellicose rhetoric."

Meanwhile, United Nations Secretary-General Antonio Guterres echoed the US calls for a cease-fire.

"The peace process in Colombia inspires me to make an urgent appeal today to the protagonists of the conflict in Ethiopia for an unconditional and immediate ceasefire to save the country," Guterres said during a visit to Colombia.

How did the civil war start?

The war in Ethiopia's Tigray region began in November 2020 when the Ethiopian government sent troops into the region to topple its ruling party, the Tigray People's Liberation Front (TPLF). Abiy said that this was a response to TPLF attacks on federal army camps.

By late June this year, the TPLF had taken over most of Tigray. Since then, the TPLF has also pushed into the Amhara and Afar regions, and claims to have seized a town 220 kilometers from the capital Addis Ababa.

For years, the TPLF also dominated Ethiopian politics at the national level. Abiy's government put an end to that when it came to power in 2018. The prime minister thawed ties with neighboring Eritrea, which were severely strained under Tigrayan leadership, and was awarded the 2019 Nobel Peace Prize for his efforts. Eritrean forces have also been active in Tigray during the conflict.