UN says Ethiopia has no legal right to expel staff

UN Secretary-General Antonio Guterres has told Ethiopia's prime minister that the international organization does not accept the country's decision to expel seven UN officials, amid a war and looming famine in Tigray. 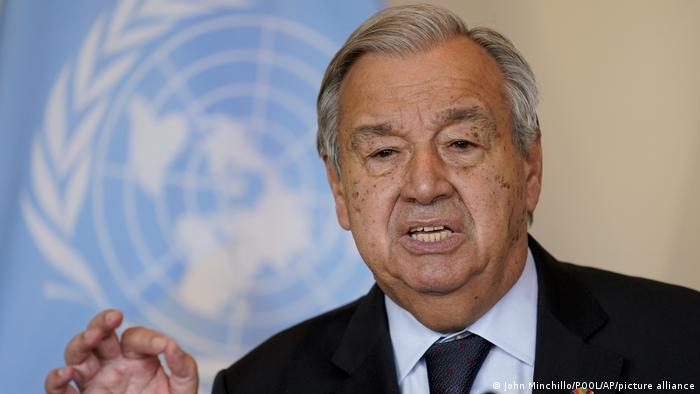 The United Nations warned Ethiopia on Friday that it has no legal right to expel seven UN officials it accused of "meddling'' in the country's affairs, as famine looms in the conflict-mired region of Tigray.

A UN spokesperson said a diplomatic note sent to Ethiopia's UN Mission and conveyed to Ethiopian Prime Minister Abiy Ahmed during a phone call with UN Secretary-General Antonio Guterres had stated that a country's ability to declare someone persona non grata, or unwelcome, does not apply to UN personnel.

The doctrine of declaring someone persona non grata applies between states, the spokesman said, and "we are not a state."

Ethiopia's Foreign Ministry on Thursday said it had "declared a 'persona non grata' for seven individuals who are working for various international NGOs in Ethiopia for meddling in the internal affairs of the country."

The ministry said the officials must leave Ethiopia within 72 hours. They include the UN deputy humanitarian coordinator in the country, Grant Leaity, and UNICEF representative Adele Khodr.

In the diplomatic note, seen by Reuters, the UN Office of Legal Affairs said it had not received information to support Ethiopia's accusation that the officials were meddling in internal affairs.

UN deputy spokesman Haq didn't answer directly when asked whether the UN staff members would remain in Ethiopia, and not leave within 72 hours.

When issues are raised regarding UN staff, the spokesman said, "the requirement is that such concerns are appropriately conveyed to the organization.''

Ethiopia's war with its own restive province of Tigray, which broke out 11 months ago and has displaced more than 2 million people, has faced stern criticism from the UN. Politicians from Tigray ruled Ethiopia for decades, spending most of that time in conflict with neighboring Eritrea.

Ethiopia's current prime minister was awarded a Nobel Peace Prize for improving relations with Eritrea soon before the fighting in Tigray broke out, with Ethiopian and Eritrean military now both accused of violence against Tigray's population.

The United Nations Office for the Coordination of Humanitarian Affairs (UNOCHA) published a report late Thursday warning of "unprecedented" malnutrition among pregnant and lactating women in Tigray. The report also described "alarming" malnutrition among children, as fears of famine grow.

UNOCHA released the report soon after Ethiopia ordered the UN staff, five of whom work for UNOCHA, to leave.

"Of the more than 15,000 pregnant and lactating women screened during the reporting period, more than 12,000 women, or about 79%, were diagnosed with acute malnutrition," the report said.

The level of moderate malnutrition among children under the age of 5 "is also exceeding the global emergency threshold of 15%, at about 18%, while cases of children with severe malnutrition is 2.4%, above the alarming 2% level," the report said.