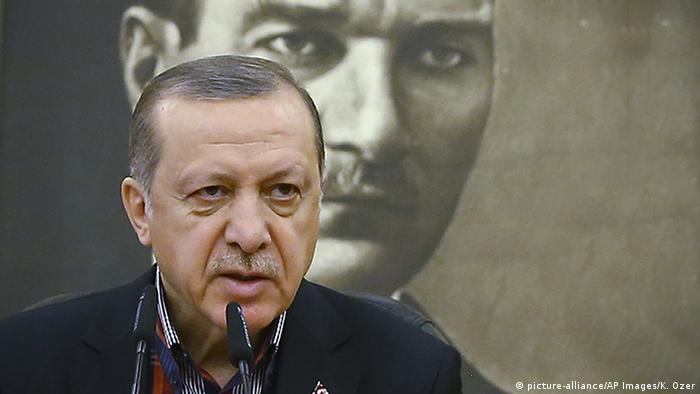 The caliph's request was modest. He explained that on Fridays, he would like to wear a turban like the 15th century Ottoman Sultan Mehmed II. He wanted to know whether the president had anything against it. The president, who had only been in office a few months, responded brusquely by telling the caliph that he should instead wear a frock coat, like a modern statesman. The president later declared that the caliphate was "nonsense."

The scene described by the Turkish historian Sukru Hanioglu in his biography of the first president of the Turkish Republic, Mustafa Kemal - later known as Ataturk - is typical of the determined and harsh manner in which he opposed the religious and political traditions of the recently-collapsed Ottoman Empire. Ataturk also adamantly made the case for the dismissal of the imam assigned to the Turkish national assembly. "Things like prayers are not needed here," was the president's explanation for the proposal. Hanioglu writes that for the founder of modern Turkey, there was basically one religion - a secular one, the religion of the republic. 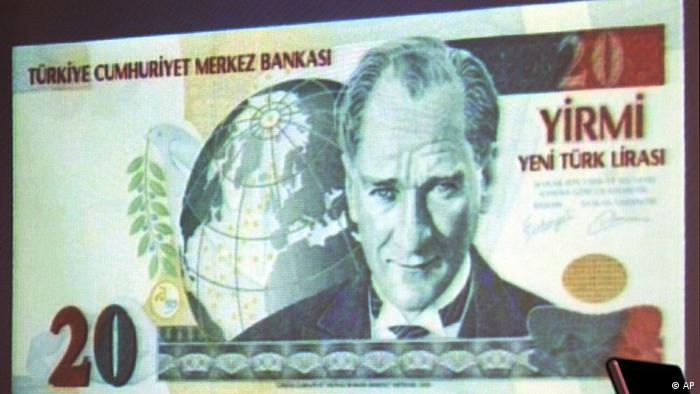 The face of Ataturk, modern Turkey's founder, is on the country's currency to this day

A great part of the population had reservations about the changes. The educated urban elite may have applauded Ataturk's reforms, but the traditional majority did not agree with him. The people did not like that the fact that one no longer swore by god in court but instead took an oath of honor. The Turkish justice system did away with all religious references within years and laicism was declared a basic principle of the Republic in 1937. People took offense to other reforms as well, like the implementation of the Gregorian calendar, the replacement of the fez with European hats, switching from the Arabic alphabet to the Latin alphabet, the introduction of Sunday as a new weekly holiday instead of Friday and the implementation of women's voting rights in 1934.

Ataturk, which means father of the Turks, went down in the history of the Turkish Republic as a modernizer - and he is still one of the most significant representatives of modernization even today, at least officially. But in truth, writes the historian Hanioglu, Ataturk and his comrades misjudged the reality of Turkish society. "The leadership of the early Republic criminally underestimated […] the powers of resistance of social networks in a Muslim society. Like many European intellectuals of the late 19th century and early 20th century, they were convinced - but in retrospect wrongly - of the idea that religion would soon be nothing more than a vague memory of the distant past." 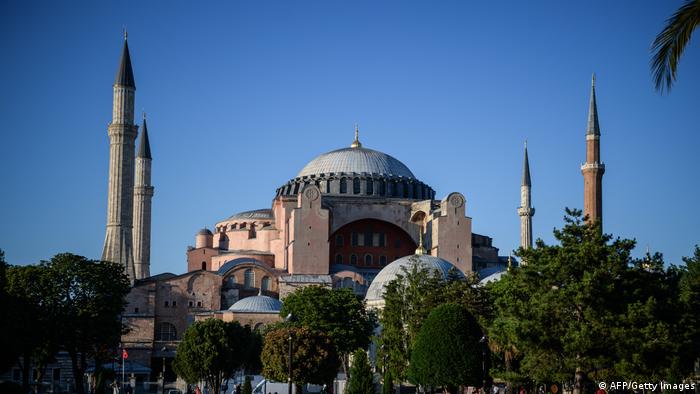 Spanning the divide between traditional and modern Turkey, Istanbul's Hagia Sofia mosque is now a museum

If the current president, Recep Tayyip Erdogan, pushes through the proposed new presidential system, then he is doing so with Ataturk in mind, suspects Caner Aver, a geographer from the Center for Studies on Turkey and Integration at the University of Duisburg-Essen. Aver believes that Erdogan wants to go down as the most important Turkish statesman in history after Ataturk. And there is something else that compels him: "He wants absolute power and he needs a constitutional change for this. This is the only way the existing presidential system can be secured constitutionally." It is fitting to him that Turkey will celebrate its 100th anniversary in 2023, says Aver. "Then, Erdogan will be the great, strong man who has led Turkey out of the current domestic crisis - as well as the conflict with neighboring countries - and into the future." It remains to be seen, however, whether this will actually happen, adds Aver.

In order to obtain sufficient support for the planned presidential system, Erdogan is appealing the majority of the population that has opposed Ataturk's reforms for over a hundred years. This is also a reason why he resolutely pursues symbolic policies. He had a large mosque built on a hill above the Bosporus Strait. He hiked taxes on alcohol, banned its consumption near mosques and has made life difficult for bars and restaurants in European-dominated neighborhoods. He also lifted the headscarf ban in state institutions, such as universities, courts and parliament. 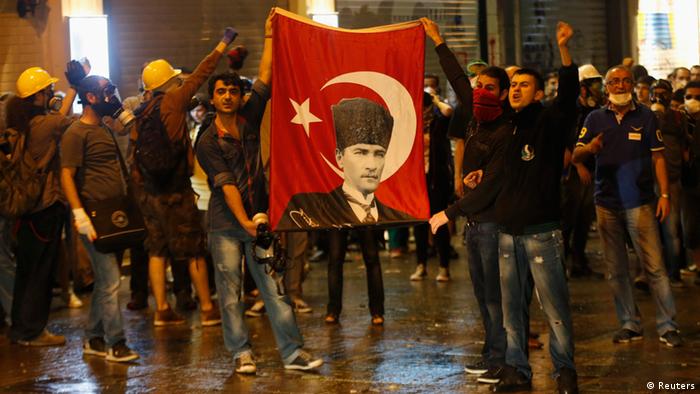 In the name of the Republic: Protesters in Istanbul hold up a flag bearing a portrait of Ataturk

A vote on cultural identity

Ideologically, according to Caner Aver, Erdogan comes from a nationalist, conservative and religious background. "So if he achieves his goals, we will encounter such elements more often in the state institutions." It is probably true that it is unlikely the country will actually become an Islamic republic, says Aver. "However, the nationalist, conservative and Islamic tone will be more strongly felt in institutions and possibly also in legislation, public life, the education system and in academic life."

Erdogan wants to reorganize Turkey politically. He is using cultural means to achieve this transformation. By doing so, he defines himself as an ideological counterforce to Ataturk. According to the historian Hanioglu, Turkey was culturally modern only on the surface. Erdogan is taking advantage of the sleeping conservative potential in the country. The vote on the presidential system is thus also a vote on the cultural identity of the country.

In Ankara’s low-income districts, residents have seen increased benefits and social services under President Erdogan, but many remain undecided on expanding his powers in the upcoming referendum. Diego Cupolo reports. (11.04.2017)