The Turkish president at first insisted he would not meet US officials, but the presidency quickly backtracked on this. He also took aim at Germany's foreign minister, calling him "a man who doesn't know his place." 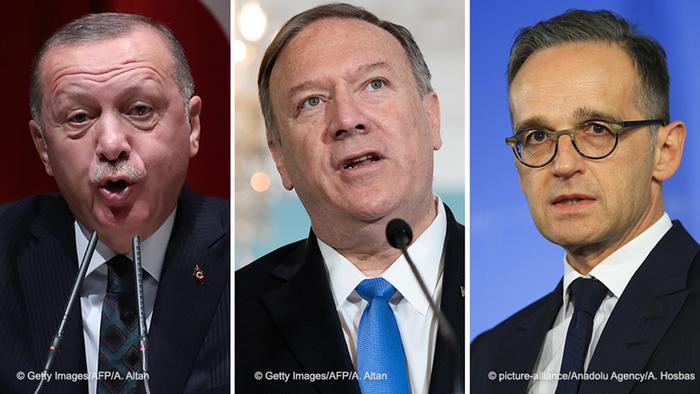 The Turkish president reacted with a series of outbursts against top foreign officials as the international community steps up pressure on Turkey over its military operations in northern Syria.

Just hours ahead of a US delegation's arrival in Turkey's capital Ankara, Erdogan rejected meeting US Vice President Mike Pence and Secretary of State Mike Pompeo.

"I am not going to talk to them. They will be talking to their counterparts," he told a Sky News journalist. "When Trump comes here I will talk."

It is thought the US delegation is looking to discuss a ceasefire but Erdogan rejected this ahead of talks. 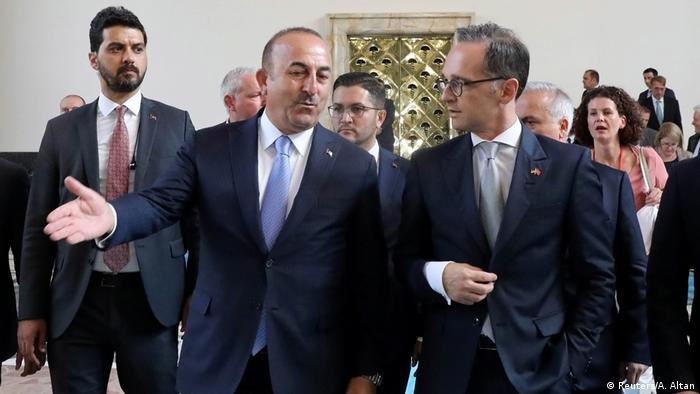 Erdogan also called Germany's Foreign Minister Heiko Maas a "political dilettante" over Germany's decision to halt weapon exports to Turkey.He also argued that the move would have no real impact, sarcastically saying "we're finished" as a result of the temporary restrictions.

Erdogan accused Maas of being politically inexperienced and not knowing his limitations.

"If you understood anything of politics, you wouldn't say that," Erdogan said referring again to the arms restrictions announced by Maas.

German-Turkish ties were particularly rocky in the aftermath of 2016's failed coup attempt in Turkey and the widespread crackdown by Erdogan's regime that followed. The detention of several German-Turkish activists and journalists were a particular point of tension, not least that of Deniz Yücel. Over the past year or so, however, many of the detainees were released and tensions had appeared to subside.