Polls have closed in Turkey's local elections, which are seen as a "referendum" on Recep Tayyip Erdogan's leadership. His ruling AK Party risks defeat in the capital as an economic slowdown takes hold. 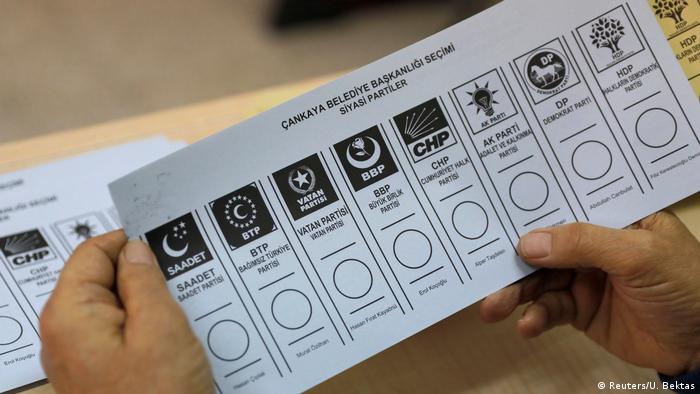 Voters in Turkey on Sunday morning began casting ballots in municipal elections, which are seen as a barometer of the president's popularity amid a sharp economic downturn.

Turkish President Recep Tayyip Erdogan's past electoral successes have been based on a strong economy, but with a weakening currency, inflation at double-digit figures and food prices soaring, his conservative, Islamic-based ruling AK Party (AKP) could lose control of key mayoral seats.

How many are taking part?

City control: Following a 2017 referendum which transferred central political powers to the presidency, control of Turkey's main cities is effectively the only center of power outside direct presidential command.

"Whoever wins Istanbul, wins Turkey," said Erdogan, whose political career began when he became the city's mayor in 1994.

That win "was a springboard for him to go on and dominate Turkish politics," said DW's Turkey correspondent, Dorian Jones.

"Given the fact that Turkey is in the midst of very difficult economic times, these elections are seen as posing a major test to Erdogan."

Read more: Turkey: Being gay could cost you your job