A Turkish police officer who identifies as homosexual has been suspended from duty in the city of Van. He was in the force for over 10 years. DW details his ordeal. 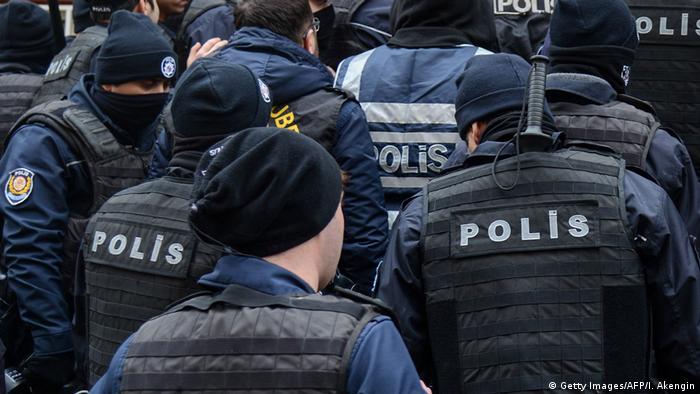 Metin*, a 34-year-old Turkish police officer in eastern Anatolia, has been suspended from duty because he is gay. He can't believe what's happened.

"When they found out, I thought, 'This will cost me my job,'" Metin remembers. He says he was distraught and did not know what to do. He was more concerned about what his superiors would think than about what he would do after being suspended from duty, saying he was scared they would humiliate him.

It all started when Metin, whose lifestyle could be described as conservative, was jailed for an act of "sexual violence." Then, he was suspended from duty for being in a relationship with a man he had met two years ago in the Turkish city of Van. Neither his family nor friends had known about his sexual orientation.

Read more: Turkish LGBTI activists refuse to give up the fight

One day, Metin and his partner were drinking tea in the police canteen. Metin was briefly called away.  When he returned, his partner was gone. It transpired that he had been taken away for interrogation. Metin says his partner panicked and lied that he, too, was working as a police officer. The police found out this was not true and locked him up for impersonating a public servant.

According to the interrogation transcript, he then told the officers that Metin had forced him to have sex with him, and that he wished to press charges. Metin was subsequently arrested for having perpetrated an act of "sexual violence" against his partner. Although his partner withdrew his complaint, Metin remained behind bars for eight days. Due to lack of evidence, he was not prosecuted in the end. 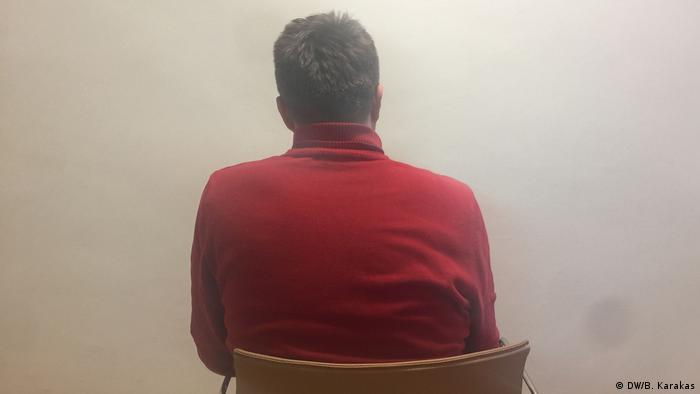 Metin cannot comprehend that he has been suspended for this reason

Metin was put on leave and then reassigned to work in Zonguldak on the Black Sea coast in the summer of 2017. His Van colleagues did not even bid him farewell, Mertin recalls with disappointment.

But Metin's ordeal was not over yet. In November 2018, the disciplinary committee ruled that "a civil servant can be suspended if he or she is in an unnatural relationship with another person." This is as much to say that people who are not in a relationship to have children are not allowed to work as public servants. So Metin was suspended from duty.

He cannot believe the decision. "This is about my private life; I always took my job seriously and there were never any complaints about my work," he says. The situation has devastated him; he is quoted as saying, "If I'm not even allowed to lead my life as I want to, then why am I even alive?"

Metin wants to appeal the decision in court. His lawyer, Fırat Soyle, argues that his client's suspension is incompatible with the rule of law. He says that Turkey's constitutional court insists the principle of privacy "allows anyone to live according to their own individual preferences and inclinations." Soyle says this means a person's private life must be protected from outside interference, regardless of the person's sexual orientation.

Turkey's Kaos Gay and Lesbian Cultural Research and Solidarity Association (Kaos GL) and Istanbul's Kadir Has University (KHU) have published a study on the situation of LGBTQI people working for the Turkish state. It has found that LGBTQI civil servants have come under increasing pressure and find themselves struggling with difficult working conditions since the foiled 2016 coup. A new law now even allows LGBTQI people working for the judiciary to be fired. Life is getting harder in Turkey for gay people

Mustafa Sarıyılmaz, an expert on social policy at the Association for Gender Identity and Sexual Orientation Research (SpoD) in Istanbul, stresses that in a democratic state nobody may be discriminated against on the basis of their gender identity or sexual orientation. Sarıyılmaz emphasizes that Turkey, like many other countries belonging to the Council of Europe and the United Nations, has vowed to honor this principle. Now, he says, Turkey must enforce it too.

For now, Metin remains unemployed, despite having sent countless job applications. He hopes just one thing: that his court case will get him reinstated as a cop.

* The full name is known to DW.

"The Revenge of the Shiny Shrimps" follows an all-queer water polo team that lands in homophobic Russia. But the scenes had to be shot in Ukraine, before the war.

Turkey lashes out against criticism of 'anti-LGBTQI rhetoric' 04.02.2021

Turkey has rejected criticism of its handling of student protests and of homophobic and transphobic comments by leading officials, warning outsiders to not get involved.

Cardinal, 5 others on trial over Hong Kong protest fund