Turkish LGBTI activists refuse to give up the fight | Europe | News and current affairs from around the continent | DW | 24.11.2017

Turkish LGBTI activists refuse to give up the fight

Sexual minority groups are among those feeling increasing pressure from authorities in Turkey. Bans and discrimination are now a part of their daily lives. But as Hilal Köylü reports, the resistance is growing. 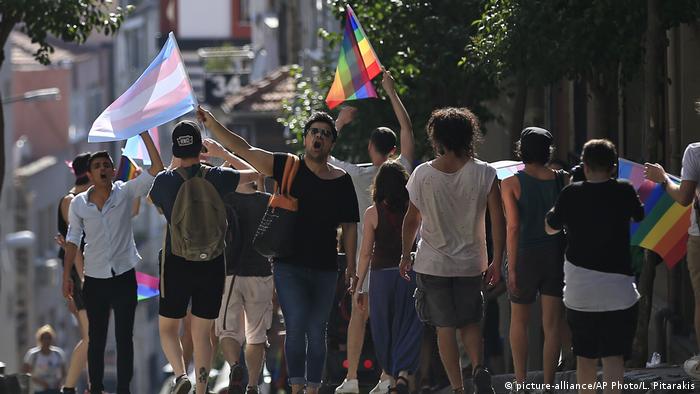 "Will we turn into a society where everyone is the same? Must we constantly segregate each other?," asks A.E., a 44-year-old member of the LGBTI community in Turkey, who will only speak on condition of anonymity.

A.E. is scared of persecution, and his fears are probably justified.

He lives in Ankara, where three large LGBTI (lesbian, gay, bisexual, transgender and intersex) organizations have been active for years. But they are likely to face more and more problems in the coming years, even in the fairly liberal Turkish capital.

Last week, Turkish authorities banned all LGBTI events until further notice, citing "public security and morality." Such events include the Pembe Hayat QueerFest, which is meant to take place for the sixth time in 2018. A number of other associations have also been affected by the ban, such as Pembe Hayat ("Pink Life") and Kirmizi Semsiye ("Red Umbrella"), along with the events they had planned for next year.

But this isn't the first time there's been a ban on LGBTI events. The German LGBTI Film Days, a two-day event organized in part by the German Embassy in Ankara and scheduled to take place earlier this month, was also shut down over "public security concerns." 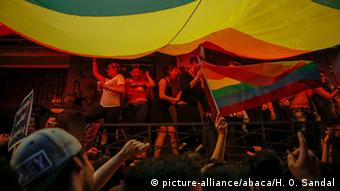 R.C., 28, believes there's a clear strategy behind these decisions. "The people who impose these bans aren't interested in morals," he says. "They just want to stop people from thinking about freedom."

Another LGBTI community member, who also wishes to remain anonymous, believes all of Turkish society is homophobic. People who have grown up with fixed roles for men and women will accept only those who are similar to them at school, on the street and at work, he says.

"People are scared that gays could undermine the image of the strong, macho man who can do everything. That's why gays provoke such strong reactions. The same goes for lesbians and transsexuals," he says.

But despite all this, LGBTI organizations are not giving up. They've initiated legal proceedings against the ban, and intend to continue planning their events for next year. 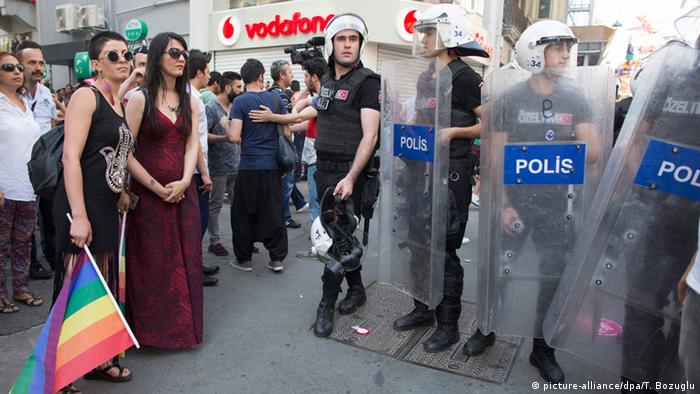 In 2015, activists faced off with Turkish riot police in Istanbul, who used force to stop the annual gay pride march

Although homosexuality is not a criminal offense in Turkey, there is frequent discrimination against people who make up the sexual minority groups in the country's mostly conservative society. In Istanbul, the once popular Gay Pride march was banned this year for the third time running.

Critics have long accused President Recep Tayyip Erdogan and his conservative Islamic government of restricting social freedoms for gays and other minorities. The government has rejected the charges, stressing it is only concerned about the safety of its citizens.

If university and college groups are counted, Turkey still has more than 100 LGBTI associations. Members of the greater LGBTI community are also organizing to offer their support. But for those most affected by the recent government measures, these efforts won't be enough.

"If society is not united in combating this ban, we will all lose our freedoms," warns A.E..

All LGBTI gender events have been banned in Ankara, just days after authorities barred a German gay film festival. The governor's office in the Turkish capital cited the need to "provide peace and security." (19.11.2017)