Recep Tayyip Erdogan and the ruling Justice and Development Party are worried by municipal elections. It's no longer just the opposition holding him accountable for Turkey's woes. AKP supporters, too, are disillusioned. 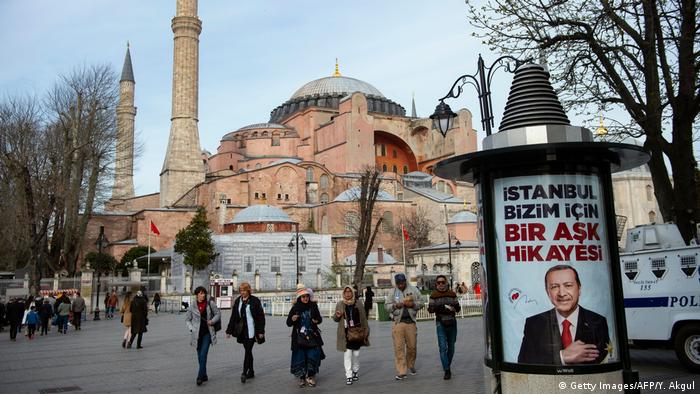 Almost 17 years ago, Recep Tayyip Erdogan and his Justice and Development Party (AKP) came to power, propelled by voters keen to teach the establishment a lesson after Turkey's economy fell apart in 2001. At the time, Erdogan represented a fresh start. Afterward, the AKP remained victorious, winning many subsequent elections with an absolute majority.

Sunday's municipal elections could be a turning point. Turkey's economy again became a problem last year. It is not only the opposition holding Erdogan responsible for this state of affairs: AKP supporters, too, blame the president's policies for their misery.

In just one year, the lira has lost approximately 40 percent of its value against the US dollar. In addition, inflation doubled during the same period — it has now reached 20 percent. Furthermore, the rate of economic growth continues to decline. Currently, it is estimated that the growth rate is only 2.6 percent. By comparison, in 2017 the economy grew by 7.4 percent. The unemployment rate is 11 percent, which means that approximately 3.5 million people don't have jobs. That's the largest unemployment figure in almost 10 years.

Instead of introducing measures to right the economy, Erdogan's government has claimed that "Western powers" are responsible for the situation and that Turkey is a victim of "economic violence." The president says the problems will come to an end after the elections. Economists believe that the downward trend will continue. 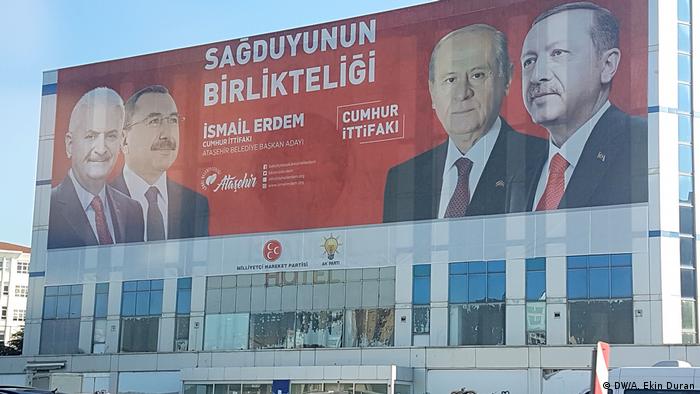 Erdogan has painted his party's potential defeat in dire terms. "If the AKP disappears," he has said, "the country will break up!" He has demonized the opposition and even had members of the Peoples' Democratic Party convicted as "supporters of terrorism." They have been accused of collaborating with the banned Kurdistan Workers' Party.

Many Turks are unimpressed by the president's increasingly desperate actions. Dissent is growing. As a result, the president has backpedaled: He no longer labels opposition supporters "terrorists" — just opposition parties.

Recent polls indicate that the AKP may lose control over Istanbul and the capital, Ankara. Erdogan began his political career in Istanbul, so losing there would be the symbolic beginning of his downfall. Erdogan and the AKP clearly attach a lot of importance to the mayoral election in Istanbul because they fielded a very prominent candidate: former Prime Minister Binali Yildirim.

Read more: In Turkey, being gay could cost you your job

Istanbul's 9 million eligible voters are split between Yildirim or his opponent, Ekrem Imamoglu, of the social-democratic Republican People's Party (CHP). In Ankara, the situation is clearer. Initially, the AKP and CHP candidates were neck and neck in opinion polls. But the CHP's Mansur Yavas is proving more popular among voters than the sitting mayor, the AKP's Mehmet Ozhaseki.

Erdogan has accused Yavas of misconduct in his work as a lawyer over a decade ago. Commentators believe that this has more to do with Erdogan's fear of losing control over Turkey's capital. There is little proof that Yavas has engaged in wrongdoing, and yet Erdogan continues to rail against the opposition candidate at campaign events, accusing him of being a "tax evader" and "voucher acrobat."

The president has employed similar strategies a number of times in eastern Anatolia. More than 40 democratically elected representatives have been sentenced to prison after Erdogan accused them of terrorism, and their respective municipalities were put under mandatory oversight. Should he win, Yavas, too, could end up in prison instead of the mayor's office.

For the first time since voters granted Erdogan and the presidency unprecedented powers in 2017, Turks have the chance to change course. Last year, Erdogan's aim was to win the presidential election at all costs. He won 52.6 percent of the vote.

For the time being, Erdogan's position is secure: The next general election isn't scheduled until 2023.