President Erdogan of Turkey has acknowledged there were lapses in security leading up to the twin bomb blasts in Ankara this week. He has vowed to find answers, while suggesting there may be a link to Syria. 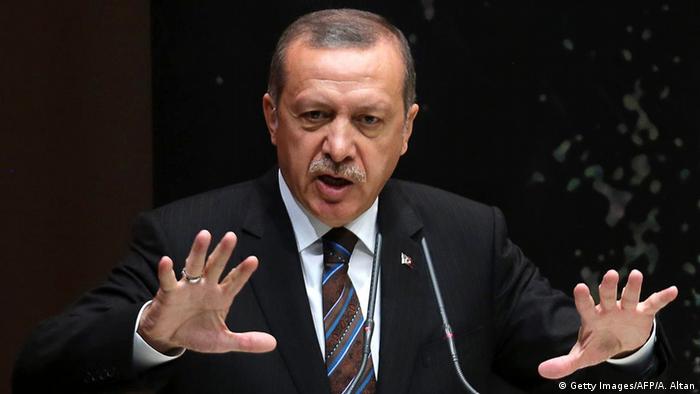 President Recep Tayyip Erdogan acknowledged on Tuesday the government had probably made some mistakes leading up to the twin bombings carried out in the Turkish capital three days earlier, while also promising a thorough investigation to find those responsible.

The president's remarks came during a press conference held alongside visiting Finnish President Sauli Niinisto. Though he acknowledged lapses in the lead-up to the terror attack, Erdogan also dismissed calls for ministers in his government to step down.

"We're running a country and are just people. All of us can make mistakes," the German news agency dpa reported him as saying.

Erdogan announced he had put a specialized arm of the government in charge of investigating the attack.

Is 'Islamic State' to blame?

His remarks came as investigators in Turkey told reporters they suspected a link between the bombings and the southeastern town of Adiyaman, a known recruiting base for the "Islamic State" militia (IS), which has a strong presence in Syria.

On Monday, Prime Minister Ahmet Davutoglu said IS was the government's prime suspect.

"Looking at how the incident took place, we are probing Daesh as our first priority," Davutoglu said, using the Arabic acronym for IS.

Turkey has been rounding up suspected IS militants, with around 40 currently being held in police custody.

Thousands of people have gathered across Turkey to lay a group of the Ankara bombing victims to rest and express their anger at the government. Ambassadors of EU countries laid flowers at the site of the deadly attacks. (12.10.2015)