The Turkish government has announced that it is investigating the IS militant group as the prime suspect behind the Ankara bombings. Terror-related investigations led to four more overnight arrests. 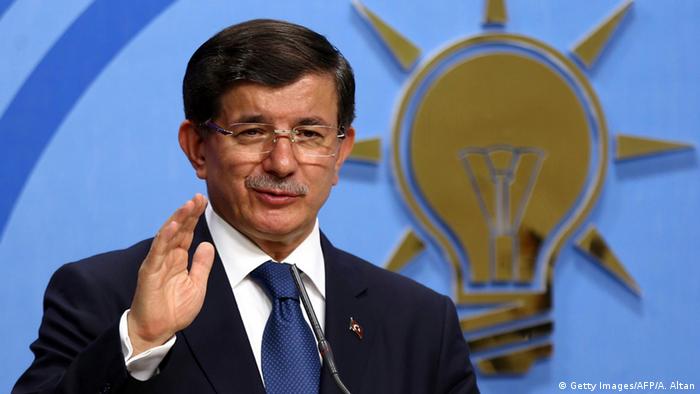 Turkish authorities said they were close to identifying one of two suicide bombers responsible for an attack in the capital Ankara which killed at least 97 people over the weekend.

Prime Minister Ahmet Davutoglu said that DNA tests were being carried out on the remains. A daily newspaper close to the government, "Yeni Safak," reported that authorities were trying to identify the perpetrator by comparing DNA samples of the suspected bombers with those obtained from families of extremists they suspect could have carried out the attacks.

"Looking at how the incident took place, we are probing Daesh as our first priority," Davutoglu said in an interview on Monday, using an alternative Arabic acronym for the self-styled "Islamic State" ("IS").

No one has claimed responsibility, but the attack showed similarities to a suicide bombing which the government had blamed on Islamic State earlier this year that killed 33 Turkish and Kurdish peace activists near the town of Suruc bordering Syria. The daily "Hurriyet" newspaper said the type of device and explosives used in Ankara were the same as those used in the Suruc attack. 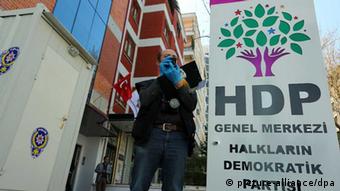 The HDP said that it was intended to be the main target of the attack in Ankara, which killed almost 100 people

Speaking on Turkish broadcaster NTV in a live interview, Prime Minister Davutoglu said Saturday's attack had been an attempt to influence the outcome of parliamentary elections due on November 1 and that necessary steps would be taken if security failures were found to have contributed to the bombing. He also vowed that the elections would continue to take place as intended.

The pro-Kurdish Peoples' Democratic Party (HDP), which said it was targeted in the attack during a peace rally outside Ankara's main train station, has put the death toll at 128. Meanwhile the HDP announced that it was considering cancelling all of its rallies ahead of the November 1 election over security fears.

The government had originally said that Kurdish rebels or Islamic State militants were likely responsible, while mourners have accused President Recep Tayyip Erdogan of fomenting violence to gain votes for the ruling party ahead of the elections. 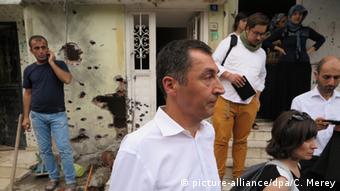 Cem Özdemir, a veteran politician with Turkish origins, criticised Erdogan for trying to manipulate upcoming election by plunging the country into a crisis

From Germany, Cem Özdemir - co-chairman of Germany's Greens Party - has also accused Erdogan of deliberately plunging Turkey into chaos "in a bid to avoid another defeat at the polls and the subsequent prospect of being held accountable for his actions."

German Chancellor Angela Merkel meanwhile announced that she would meet with President Erdogan and Prime Minister Davutoglu on Sunday to discuss how the civil war in Syria had affected neighboring Turkey's stability.

Özdemir, for his part, urged German politicians to distance themselves from the Turkish government until the elections.

On Sunday, police detained four more suspected Islamic State militants in a raid in the southern city of Adana, the region's governor's office said Monday. The detentions raised the number of suspected IS militants taken into custody in sweeps in four cities to around 40. It was not clear however, if any of the arrests were linked to the peace rally bombings.

The attack, the worst of its kind in Turkish history, fuelled security concerns surrounding the election, as the interior minister was reported as saying that extra security precautions would be taken after the bombing.