Envoy says US convinced Germany to ban Iran′s Mahan Air | Germany | News and in-depth reporting from Berlin and beyond | DW | 22.01.2019

US Ambassador Richard Grenell says months of pressure from the United States led Germany to ban Iran's Mahan Air. But German officials say they've cut off the carrier as part of their own security policy. 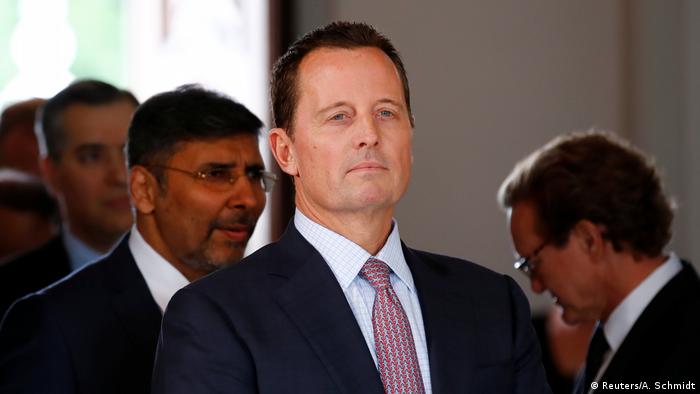 US Ambassador Richard Grenell is claiming a diplomatic victory after German officials decided to ban the Iranian airline Mahan Air from operating within the country.

Grenell, who has ruffled a few feathers since President Donald Trump picked him for the post last May, told The Wall Street Journal that the move had come after "months of pressing" from the United States.

"I think it's a great step by the German government," Grenell told the DPA news agency. "It shows great leadership." He added: "No country where Mahan Air flies should feel safe."

The German Foreign Ministry took a different stance on Monday, when it announced that Mahan Air's landing rights had been withdrawn because the carrier had transported equipment and troops into war zones in the Middle East, particularly in Syria.

"We have always said that Iran's destabilizing activities in the region, just like their ballistic missile program, are not acceptable," German Foreign Ministry spokesman Christopher Burger said at Monday's regular government press conference. "That is why it is in Germany's foreign policy interests not to allow any air traffic to Germany from companies who support the war in Syria and contribute to the oppression of people in war zones." 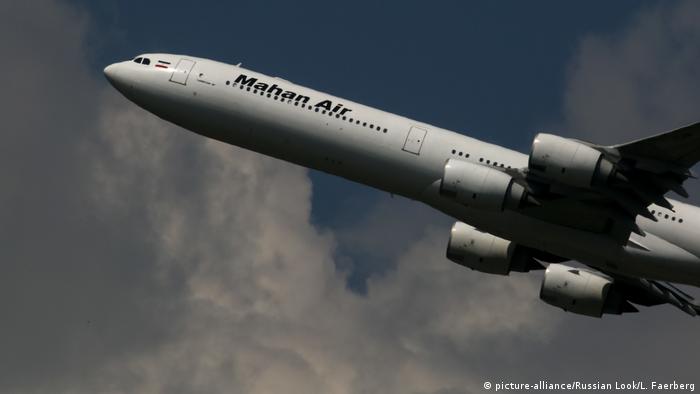 Mahan Air will not be flying to Germany anymore

"On top of that, serious evidence has emerged about the work of Iranian secret services in European states," Burger said, referring to reports that an employee for the German military had been caught passing on information to Tehran.

Bijan Djir-Sarai, the foreign policy spokesman for the opposition Free Democrats (FDP), told DW that he had noticed for some time that "Europeans' patience with Iran is coming to an end," though he acknowledged it was likely that the US had applied "massive pressure."

Djir-Sarai said he did not think the revelations about Mahan Air's activities were particularly surprising. "The fact that large companies in Iran have ever-closer connections with Revolutionary Guards is no surprise, because these have a huge economic power in Iran," he said.

Earlier this month, EU authorities imposed punitive measures against Iran's Intelligence Ministry following a series of assassination attempts against opposition supporters in France, Denmark, the Netherlands and other member states.

Not all of the pressure from the United States has occurred behind the scenes. Grenell, who shares his president's taste for Twitter, has been bringing Mahan Air up on social media more and more often, and he fired off several tweets on Monday and Tuesday celebrating the development, along with John Bolton, Trump's national security adviser.

This pressure from the Trump administration also appears to have a larger target: the framework deal on Iran's nuclear program, agreed to in 2015 by Iran, the members of the UN Security Council and the European Union. Trump pulled the US out of the deal in 2018.

Germany's position, reiterated recently by Foreign Minister Heiko Maas and backed by the UK and France, is that the deal remains crucial — even if just to help the European Union remain in dialogue with Iran on other issues. But Djir-Sarai said this could risk alienating the United States while not making any noticeable progress with Iran. "The question does arise: How successful are these talks?" he said.

Grenell's interventions have apparently irritated a few people in Berlin. Earlier this month, he sent letters to German companies working on Nord Stream 2, a new pipeline supplying Europe with Russian natural gas, warning them of "a significant risk of sanctions" if they did not pull out of the project.

In a profile on the ambassador published earlier this month, Der Spiegel reported that Grenell was being shunned by political leaders in Berlin and his only allies were the further-right members of Angela Merkel's conservative alliance, such as Health Minister Jens Spahn, and politicians from the far-right opposition party Alternative for Germany (AfD).

For his part, Grenell is no great friend of Der Spiegel's: In response to a recent scandal about a journalist's integrity at Germany's most prestigious newsmagazine, Grenell accused the publication of anti-American bias.