The legendary German group has always drawn from Russian art, even though they visit the country only sporadically. DW's Miodrag Soric reports on Kraftwerk's latest gig, which wasn't as groundbreaking as the band itself. 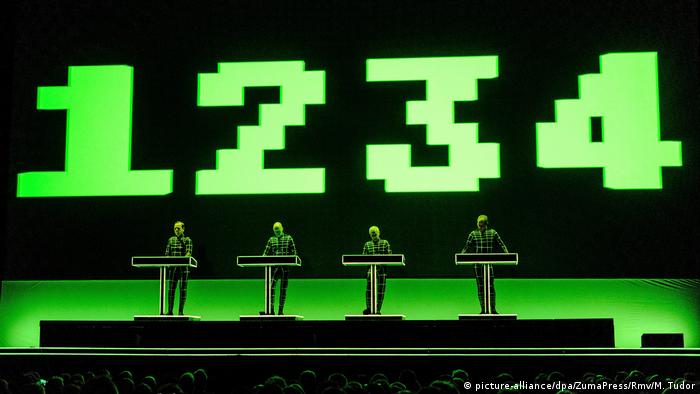 "It's a pity they've been relying on referencing their previous work for such a long time now," said a fan after the two-hour gig at the State Kremlin Palace in Moscow. He loved the music — as always. But none of it was really new.

The very same sentiment was shared by many of the 6,000 Russians who paid roughly €35 ($43) to see the legendary electronic group from Düsseldorf on Tuesday.

Kraftwerk is not a rock band

The concert venue was quite appropriate for the occasion: The former leader of the Communist Party of the Soviet Union Nikita Khrushchev had it built to hold meetings and congresses of the state apparatus, and the whole Kraftwerk show was a bit reminiscent of such gatherings where aging ladies and gentlemen come to listen to their idols from back in the day, who've also meanwhile reached the retirement age. 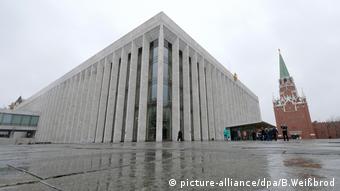 The State Kremlin Palace in Moscow was built in 1961. It now serves as concert venue

The audience sat deep in their seats most of the time, although in the second part of the show, when the group played their most famous hits such as "Autobahn" or "Die Roboter/The Robots," some of the spectators in the back rows got up and started making jerky "robot" movements.

But most people remained seated — with 3D glasses on their faces and smartphones in their hands, uploading video snippets from the concert to social media.

There was very little excitement in the enormous, rectangular, marble-clad venue that stands just a few hundred meters from the offices of Russian President Vladimir Putin.

The Russian music expert Alexey Munipov described the performance as "static." "Kraftwerk do not communicate with the audience the way rock musicians do. They do not have it in their blood. Rock bands will throw things in the audience or scream, 'Can you hear me?' With Kraftwerk, everything is a pure monologue — the musicians practically don't move at all, they just wiggle once in a while behind their desks," he added.

Kraftwerk, who had already performed in Moscow in 2004, was never really popular in Russia, as Russians prefer rather emotional music, according to Munipov.

The other way around, the band has shown its admiration for the country. Russia has had great influence on many aspects of the band's overall aesthetics, points out Munipov. The Russian avant-garde of the 1920s and the Moscow Conceptualists of the 1970s inspired the covers of several Kraftwerk albums, and the group has used slogans and words written in the Cyrillic alphabet regularly during their performances. 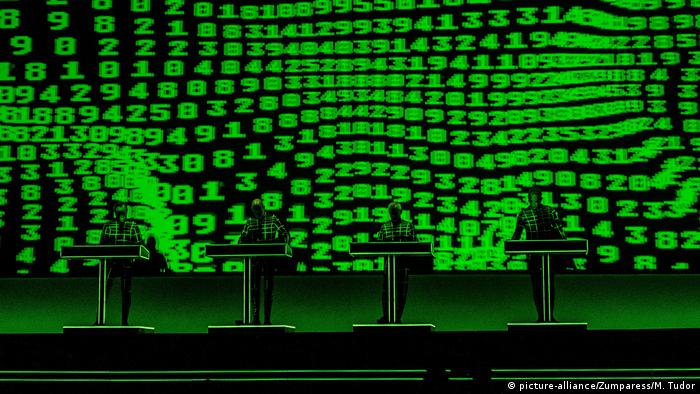 Kraftwerk live in Brighton, UK in 2017

Russians didn't appear impressed by the fact that the band has just won another Grammy award, this time for their live album "3-D The Catalogue.""Winning a Grammy isn't a bad thing, but Kraftwerk are way more important than a Grammy," pointed out Munipov.

Many Russians identify with the band's critical attitude towards nuclear power.

In 1975, Kraftwerk released an album called "Radio-Activity." In the wake of the Chernobyl disaster in 1986, the album and the title song of the same name were seen as prophetic by many.

It was one of the topics fans were discussing as they left the concert venue. For them, Kraftwerk is simply a cult band that has always been ahead of its time.

One question was on everybody's lips, however: Will Kraftwerk ever come back to Moscow? Many Russian fans believe this was their last chance to see the German band. Some of them brought their children to the concert — to experience what many believe to be a historical moment.