A pro-Russian candidate has won the presidential election in Moldova. What will his victory mean for the Eastern European country's geopolitical future? 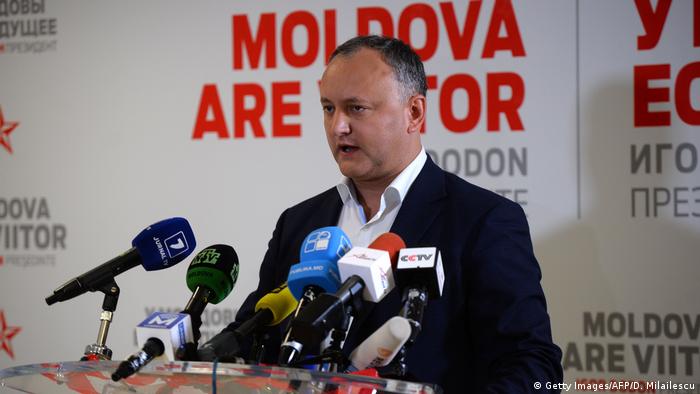 The Red Star is back in Moldova, this time as a symbol of the Socialists' Party (PSRM) led by Igor Dodon. On Sunday, he won the country's presidency in a second round of voting. Preliminary results have Dodon with about 52 percent of the tally and his opponent, Maia Sandu of the Action and Solidarity party (PAS), with almost 48 percent. Dodon led in the first round of voting as well, but fell just short of the majority needed to declare victory.

It is the first time in 20 years that citizens of this former Soviet republic were able to directly elect their president, which previously had been decided by parliament. The country's constitutional court ruled that method unconstitutional in March. 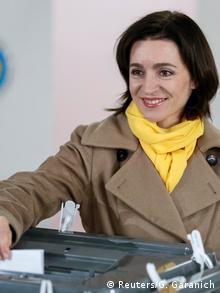 Pro-European candidate Maia Sandu lost with 47.7 percent of the vote

Sandu on Monday criticized the vote process and called for the dismissal of the election manager and foreign minister. Thousands of her supporters protested in the capital, Chisinau. She alleged a ballot shortage for voters abroad, including many of her supporters throughout the European Union. As many as one-third of Moldova's 3.6 million people live outside the country, mostly in Russia or the EU, while voters in the pro-Russian breakaway territory of Transnistria were able to vote and give Dodon an edge.

Nicu Popescu of the European Union Institute for Security Studies in Paris seconded this notion. "I believe the election was largely free and fair," he told DW.

In the run-off election, both candidates positioned themselves in opposition to the sitting government. They differed primarily in their geopolitical outlook: former Education Minister Sandu wanted to continue the country's pro-Western course; Dodon looked towards Russia. Experts say his victory could mark the beginning of a new direction for the country's foreign policy. 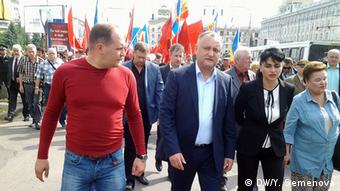 Moldova has been on a pro-Western track since 2009. The Eastern European country was, until a few years ago, a model for warming relations with the West, for example outpacing its regional neighbors such as Ukraine and Georgia in the easing of visa restrictions with the EU.

The first point in Dodon's platform is a promise to "rebuild a strategic relationship with Russia." The 41-year-old, formerly a long-time member of Moldova's Communist Party, maintains good relations with Moscow. He served as economics minister until 2009 in the Communist government of President Vladimir Voronin. 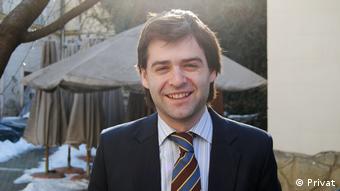 Nicu Popescu, from the European Union Institute for Security Studies in Paris

Experts warn against giving the pro-Russia factor in the presidential election too much weight. "The pendulum has swung back," Popescu said. "After seven years in power and claiming to be pro-European while overseeing mismanagement, corruption and other ugly things, the pendulum swings the other way." Dodon has ridden a wave of dissatisfaction, which was more pivotal than the pro-Russian rhetoric, Popescu added.

More "astounding" than Dodon's predictable victory was Sandu's electoral success, Sieg said. She was not part of an established party, had few financial resources and little media exposure. "She led large parts of her campaign on Facebook," he said.

First the presidency, then parliament?

Dodon's power as president is limited by parliament, leading experts to discount much change in policy. An association agreement with the EU, for example, foreseeing a free-trade zone that Dodon vowed to stop, is irreversible without the agreement of parliament and the government. His only option to fulfill his campaign promise is by calling for a referendum on the issue.

Experts see the 2018 parliamentary election as more important. If Dodon's Socialists take power, it could be a major course correction for the country's foreign policy. There are then two likely scenarios, Sieg said: Either Dodon uses his victory now to "prepare a targeted campaign against the government that brings about a power change in parliament in 2018," or he and government elites come to an agreement that maintains status quo.

Sandu's strong performance in the election, however, means it is too early to write off pro-European sentiment in Moldova.

Moldova, a country without parents

Twenty-five years after independence, Moldova remains one of the poorest countries of the ex-Soviet republics. Better money abroad has caused tens of thousands of parents to leave Moldova - and their children - behind. (27.08.2016)