Election Explainer | News and current affairs from Germany and around the world | DW | 21.07.2005

How does the German voting system work? How did this year's election differ from previous ones? Read DW-WORLD's election explainer for all the answers. 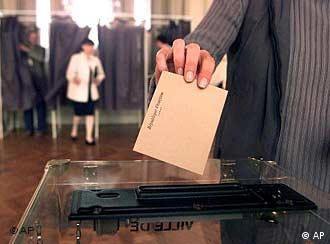 On the surface, the German electoral system is similar to that of most other Western countries. When Germans go to their polling stations -- often in schools or other public buildings on Sunday -- they select candidates for parliament from a multiple-choice ballot.

DW-WORLD's selection of background articles shows how the election system works, what past elections have shown and why this year's election was more complicated than previous ones.

Looking Back at the 2002 Election

The looming war in Iraq and devastating floods in eastern Germany helped Chancellor Gerhard Schröder's Red-Green coalition government to secure a second term in office by a hair-thin margin in 2002.

Read about what the key election issues are.