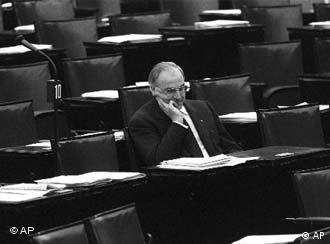 Precipitating his own "downfall" in 1982: Helmut Kohl

In 1982, the Free Democratic Party (FDP) broke up its coalition with the governing Social Democratic Party (SPD) and aligned itself with the opposition Christian Democratic Union (CDU). In a constructive vote of confidence, the parliament withdrew its support for Chancellor Helmut Schmidt (SPD) and elected Helmut Kohl (CDU) as his successor.

Kohl, however, was not entirely satisfied with the outcome. He wanted to seal his legitimacy as the German chancellor in a general election. On Dec. 17, 1982, Kohl posed the question of confidence to the parliament with the intention of losing the vote, which he did with 8 to 218 votes. 248 members of the Christian Social Union (CSU) and FDP abstained from voting.

German President Karl Carstens dissolved the parliament on Jan. 6, paving the way to new elections. The coalition consisting of CDU/CSU and FDP already knew they would win the new elections.

A question of interpretation 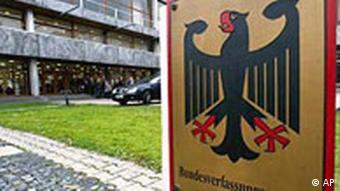 The Federal constitutional court in Karlsruhe

Several members of the parliament took the issue to the Federal Constitutional Court in Karlsruhe because of what they considered the "faked" vote of no confidence. The court reached its decision on Feb. 16, 1983, and issued a six to three opinion backing the president's decision to dissolve the parliament.

Today, it seems, however, that the guidelines which the judges attached to their decision made the new elections after the question of no confidence highly dubious from a constitutional point of view.

But there was, in fact, no such disruption between the parliament majority and the chancellor in 1982. Just one day before Kohl asked for a confidence vote, the CDU/CSU - FDP coalition passed the budget with a clear majority.

Should the president listen to the chancellor?

According to the guidelines, the chancellor should not invoke article 68 to ask for "a negative answer to the confidence vote at a moment that seems appropriate to him with the goal of instigating the dissolution of the parliament." According to the Basic Law, even the "exceptional difficulties posed by the tasks in the current election period" do not merit the dissolution. This particular guideline could have an even greater resonance today. 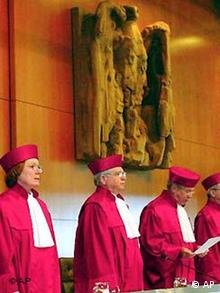 Is losing on purpose actually fair game? It is for judges of the Federal constitutional court to decide

As far as the president is concerned, in his decision to dissolve the parliament, he needs to consider "the chancellor's evaluation and judgment of the situation, unless the evaluation of some other competent instance refusing the dissolution were clearly preferable to the political situation of the chancellor's evaluation." In plain language, that means that even though the president should orient himself towards the chancellor, he is, nonetheless, free to make his own decision whether to dissolve the parliament or not.

Although a sufficient number of concerns were voiced in 1983, the judges rejected the charges brought in by the members of the parliament. The court didn't seem to be willing to oppose the will of the parties and the majority of the population. The noble postulates and high constitutional standards set up in the guidelines were clearly not satisfied.

With an impassive face, German Chancellor Gerhard Schröder received the news that the vote of confidence in the Bundestag ended just as he hoped -- in failure. (July 1, 2005)

Germany's high court is the authority on upholding the country's constitution and ensuring it's laws are adhered to. That goes for the chancellor's self-confidence vote and call for early elections this September.

German President Horst Köhler has dissolved the German Bundestag parliament. The decision paves the way for early elections unless the Federal Constitutional Court intervenes. What could still happen? (July 22, 2005)