Riots in the streets, state of emergency, curfew: Egypt descends into chaos. The military has taken over power. It is the return of the old Mubarak guard, Egypt expert Cilja Harders told DW. 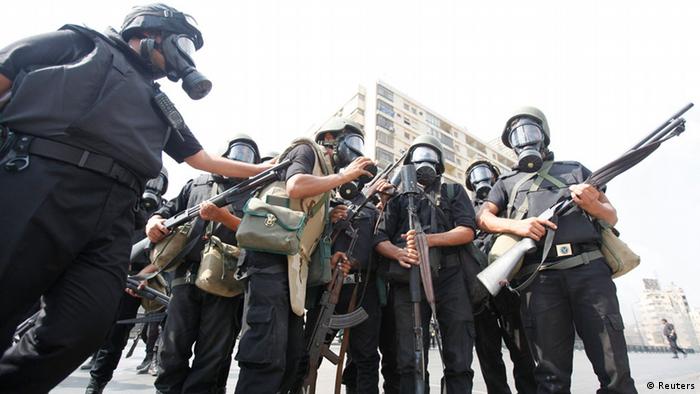 Deutsche Welle: Hundreds of people are dead, the elected president, Mohammed Morsi is ousted, the country in chaos – has the Arab Spring failed?

Cilja Harders: No, I don't think so. But there is a danger that it might. It was the Arab Spring that deposed Mubarak. Since then we've seen a struggle between the three central powers: the military, the Islamists and the secular opposition.

The majority of the Egyptian People believe in the goals of the revolution: they believe in freedom, dignity, social justice and prosperity for all.

But in reality the population has seen very little progress in realizing these goals both under the military leadership we had in the aftermath of Mubarak's fall and under Morsi. 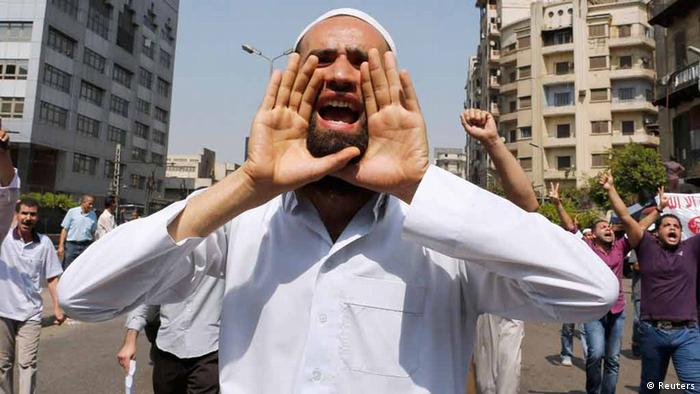 The protests look set to continue despite the army curfew

So what remains of the Arab Spring in Egypt?

What remains is the fact that people got mobilized and politicized. There's been a change in the mindset. There's belief that things can change.

Who is in power now that Morsi has been ousted?

The military. There is a civilian facade. A transitional president, a premier and an interior minister who all are fully behind the military and against the Muslim Brotherhood. And they are prepared to use force.

The current escalation with serious human rights violations threatens any form of pluralistic political life. We have to be worried that the military will limit all the political rights that people have achieved with their struggle.

Currently, the military believes it has the backing from the population. They will attempt to get rid of the Muslim Brotherhood in one massive blow. But for that they are prepared to use an incredible amount of violence against innocent people. That's a strategy that no longer can work. It can't work in the long run. There are just too many that have been mobilized for the Muslim Brotherhood's cause. Maybe it'll be possible to weaken the movement by using force. But that'll have a high price: driving a gap in Egyptian society. 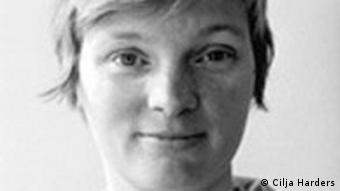 Do we see a return of the old Mubarak people?

Yes, the old guard is back. The military has hijacked a serious protest movement and has used it for its own ends. That is all very clear if we look at the cabinet and at what politicians are saying.

The military has always declared it didn't plan to take on power in the long run. How credible is that?

At the moment it's not very credible. For the military the current way of things is very attractive. There's a civilian government but all important decisions are under the control of the military.

What exactly are the interests of the military?

The army is a military player and an economic one. It controls important parts of Egypt's economy. The army people own a lot of property, they run shopping malls and have large investments in the tourist industry. Basically, an escalation of the situation is against the military's interest. But right now, what's dominating is the demonization of the Muslim Brotherhood, depicting the movement as a threat to national security.

The military was also very critical of Morsi's policies on the Sinai. There were a lot of attacks on the security forces there. It seemed that Morsi was more interested in cooperation with the Palestinian Hamas than to safeguard the security of his own people. Maybe that was one of the triggers of the intervention.

We're talking about "the military" here – is the army such a homogenous bloc?

The leadership is coming from the same social background. There are families that for decades are in the military and are filling the officers' ranks there. It´s a political class dating back to the time of Nasser. They're middle class to upper middle class. We don't really know a lot about what the simple soldiers think. But dissent is severely punished. 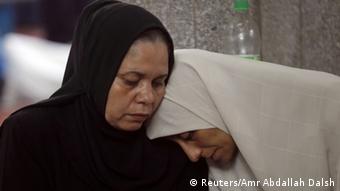 The US are one of the most important allies of Cairo. Each year they pay more than one billion dollars in military aid. Should Washington pull the plug on that money?

This would make sense. But the problem is that you can make that step only once. After that, all channels of trying to influence the military will be shut.

The question is how much of an influence the US or Europe have on Egypt. The military won't let Washington have a say that easily. It stresses its independence.

On the diplomatic level, the West's attempts to bring about a solution through talks has failed. Both sides of the conflict don't want to move. The government has made it clear that influence from the West is considered as an unwanted attempt to meddle in Egyptian affairs. The means to influence the situation are currently very limited.

The US is caught in a position where it is effectively complicit with the brutal military repression in Egypt, say critics. But others say Obama is afraid to squander the last leverage he has - suspending aid. (16.08.2013)

Aid for Egypt: "You must have stamina"

No end to turmoil in Egypt