The US is caught in a position where it is effectively complicit with the brutal military repression in Egypt, say critics. But others say Obama is afraid to squander the last leverage he has - suspending aid. 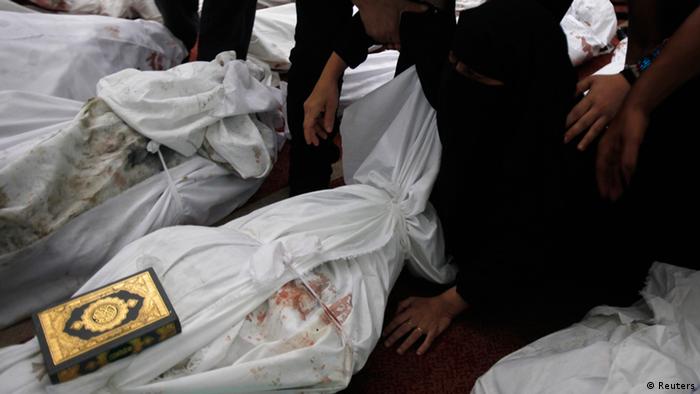 The United States had plenty of rhetoric in reaction to Wednesday's (14.08.2013) horrific military crackdown in Egypt - adding its voice to a chorus that consisted of just about every major government and international organization in the world.

"The United States strongly condemns the steps that have been taken by Egypt's interim government and security forces," President Barack Obama said at his vacation home in Massachusetts on Thursday. "We deplore violence against civilians. We support universal rights essential to human dignity, including the right to peaceful protest."

But, as many newspapers have already pointed out, that won't quite do. Hundreds of people were massacred. The London Times said that "quiet acquiescence will be interpreted across the Muslim world as tacit support," while the New York Times demanded that the US suspend the $1.3 billion (1 billion euros) in annual aid to the Egyptian military.

But Washington has consistently avoided describing Morsi's ouster as a coup, a move that would automatically force Congress to stop the cash. 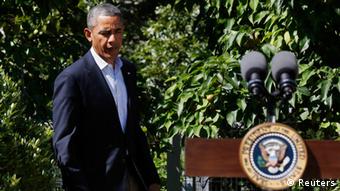 Paul Rogers, global security consultant at UK think tank Oxford Research Group, spelt out the US dilemma. "The real problem for the US government is that it really is conflicted," he told DW. "It would have preferred the Muslim Brotherhood not to have won the Egyptian election last year. It would prefer a much more pro-Western government, even if that is one where essentially the power lies with the military."

As Rogers points out, maintaining support for the Egyptian generals may be counterproductive in the long run. "If support for the military involves the kind of violence we've seen, with the high likelihood of a radicalizing impact over the long term, then this is actually very damaging for American interests," he said. "What they want is for the military and the secularists to have sufficient control, but not at the risk of the violence we've seen."

Either way, doing nothing is also a policy, and also has an impact. Tarek Radwan, associate director at the Washington-based think tank the Atlantic Council, thinks the US reaction to events in Egypt has been pathetic. "At this point, even those within the administration recognize that their policies - whether it's their aid policy or their attachment to their tools of leverage - these have all been an abject failure, as evidenced by the events," he told DW. "It's almost as if the US is constantly one step behind. It's a very slow-moving animal when it comes to Egypt."

Edward Turzanski, senior fellow of the US-based Foreign Policy Research Institute, is equally scathing. "This isn't the first time in the Obama administration when we've seen inconsistency in policy lapse into incoherence," he told DW. "We had the same situation in Syria, where for the first five months President Obama and Secretary of State Clinton both insisted that [Syrian President Bashar al-] Assad was a reformer. And in the end there were just too many bodies to ignore."

Radwan also had little time to spare for Obama's pledge to suspend joint military exercises with Egypt. "This is something that might have been a point of leverage before all this happened," he said. Essentially, says Radwan, the US missed its chance on July 3, when Morsi was ousted. "The easiest thing to do, that would have had the least negative impact on the relationship, would have been to call what had happened a coup, and suspend aid to Egypt then. That would have at least showed the generals that the US was serious about its positions." 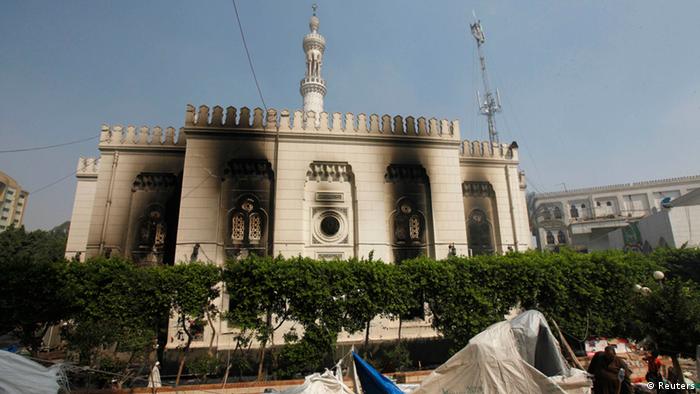 Other commentators agree that the US lack of influence now is all down to its inactivity in early July. "The US has got itself into a bit of a spiral because it did not condemn the coup for what it was early on," Maza Azzam, Middle East expert at UK think tank Chatham House, told DW. "The fact that it was reluctant to do so gave the green light to the military to carry out the repressive and brutal measures against protesters."

Moreover, she dismissed US complaints that it had no leverage in the country. After all, Egypt is the second largest recipient of US aid after Israel. "[Cutting aid] would be a tremendous blow, because I don't think the military regime or its supporters want to be isolated from the United States or the European Union," she said. "So it would be a major political, financial, and psychological blow to them. The leverage is there, and others would follow suit."

But Turzanski takes a much bleaker view, because Egypt's significance, specifically in its relations with Israel, makes the dilemma that much more complex. "It's the largest Arab Muslim state. It is the lynchpin of what had been American policy in the Middle East, and the Camp David accords, which ended hostilities between Egypt and Israel, are critical," he said. "So the concern for the US is that Egypt not become adversarial to Israel or American interests." 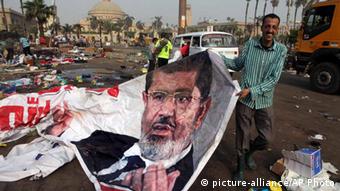 The US supported Morsi until his ouster

He also believes that it is all too possible that if the US does not finance Egypt's military, then the Gulf States, or even Russia, would be more than happy to fill the void. "No one has talked about this openly, and this is very much the worst case scenario, but I think that the Russians have been insistent on preserving Assad against the Islamists," he said. "What would it take for Putin to say to the Egyptian military, 'Listen, if the Americans have had their fill of you, we haven't.'"

Turzanski compares the suspension of aid to the threat of using nuclear weapons. "The efficacy of it is: 'I have it, don't push me too far, so that I have to use it.' The value is in the threat, not its use, because once it's used, the world has changed, and we have no idea what is going to happen."

Violence in Egypt takes a toll on economy

Egypt's economy is beginning to feel the effects of the ongoing violence as international firms temporarily halt production. The lucrative tourism industry is particularly hard hit as visitors stay away from the country. (16.08.2013)

No end to turmoil in Egypt