West African leaders are racing to resolve the political crisis in Mali, urging opposition groups to support the new unity government, while warning of consequences for those who stand in the way of a resolution. 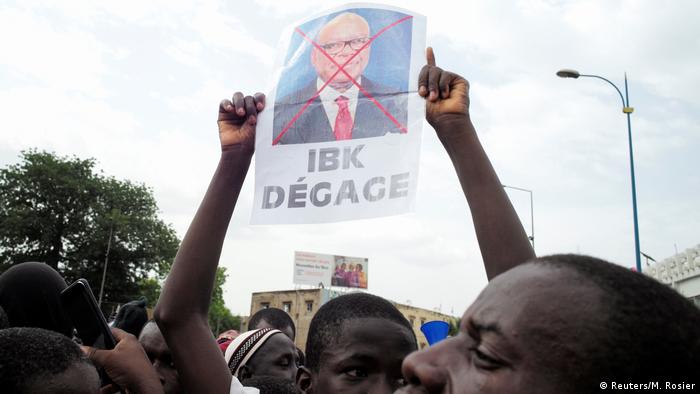 West African leaders have urged Mali's opposition groups to join the country's new unity government in a bid to end a political stalemate that threatens to tear the country apart.

The new government of six members has been tasked with solving the country's protracted political crisis. Mali's President Ibrahim Boubacar Keita has been without a government since April. He made the appointments under pressure from the Economic Community of West African States (ECOWAS), which has been involved in mediating the crisis.

ECOWAS hopes the new government will end the ongoing political rift between Keita and opposition groups. The bloc has also threatened to impose sanctions on any state or body who may stand in the way of resolving the crisis.

Political instability in Mali is seen as a dangerous development for the entire Sahel region, which is already threatened by numerous terrorist and separatist groups.

ECOWAS also asked Mali's 31 current parliamentarians to resign – including the speaker of the National Assembly – in order to pave the way for new elections. The lawmakers are from constituencies believed to have helped Keita's party to victory in the April parliamentary polls. 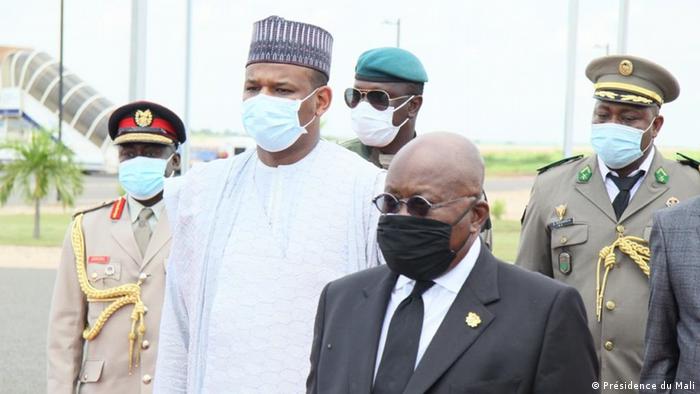 Tens of thousands of opposition supporters have since accused Keita of using intimidation tactics and buying votes in the controversial election. Talks between the government and the opposition – which is led by popular cleric Mahmoud Dicko, a former ally of Keita – have so far failed.

However, one member of the new cabinet – Economy Minister Abdoulaye Daffe – is considered to be close to Imam Dicko, who has become the figurehead of the protest coalition.

In a statement, the UN Security Council endorsed the ECOWAS peace plan and "urged the Malian parties to act on these recommendations without delay in order to resolve the tensions, to prioritize dialogue and to refrain from any action likely to fuel further tensions and threaten the rule of law."

The Security Council also highlighted the "importance of the implementation of the peace agreement, and of the stabilization of the center of the country."

ECOWAS mediators did not bring the resignation of Keitato the table, which the opposition has been pushing for. The government has long argued that any resignation would be unconstitional.

"It's a red line," said Jean Claude Kassi Brou, the president of the ECOWAS Commission. "There's a constitution that governs the country: The constitution must be respected. If you don't recognize the constitution, the door is open to everything."

Mali has faced an eight-year jihadist revolt, as well as a slumping economy. Since the crisis began, ECOWAS leaders have stood by Mali's embattled president, Ibrahim Boubacar Keita, and urged a unity government with the opposition. The mediators — led by former Nigerian president Goodluck Jonathan — had proposed a roadmap that would lead Mali out of its ongoing crisis. 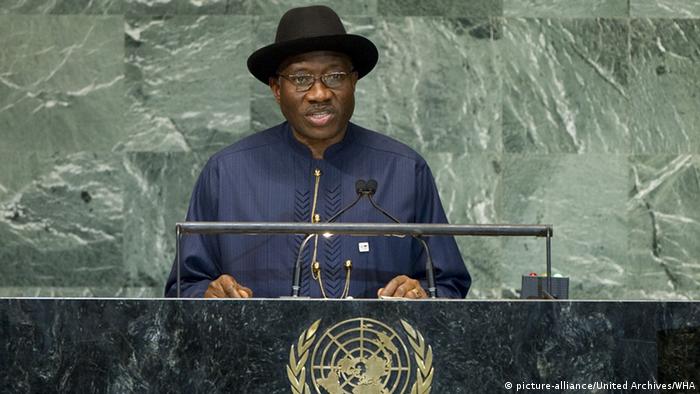 As the head of the ECOWAS mission, Jonathan is playing a key role in the mediation process. As the former leader of a large West African country, experts see him as an instrumental figure.

"ECOWAS cannot come to Bamako and see to the setting up of an interim government," Jonathan said. "We have to take one step at a time."

Johnathan is notable for having gracefully complied with the democratic process in his own country when he accepted his election defeat in 2015. But there are other elements to his leadership that may complicate the current peace efforts initiated by ECOWAS.

"Goodluck Jonathan’s mission was always going to be a challenge for reasons including his lack of expertise on Mali, his lack of fluency in French and, probably most of all, his Christianity, which renders him unpalatable for the more hardline religious factions involved in the negotiations," DW's West African correspondent Bram Posthumus explained.

Experts say ECOWAS could not support Keita's resignation because he was elected to his current term in 2018 in an election that was recognized as democratic and entirely legitimate.

"It would set a dangerous precedent for West Africa if he was forced out," Paul Melly, a consulting fellow for the Africa Program at Chatham House told DW.

Opposition remains suspicious of the deal

Mali's M5 movement — a coalition of political, religious and civil society leaders — says it has lost confidence in ECOWAS to handle the current impasse.

"We do not expect anything more from them," Mohamed Assaley Ag Ibrahim, a member of M5 said. "We will continue to demonstrate peacefully using all legal means to remove Keita and his regime."

The majority of the opposition does not trust Keita to give them meaningful influence in a unity government. According to Melly, if opposition figures are to share responsibility for the difficult compromises needed to advance the peace process, they have to feel they are players in making those decisions.

"The opposition has played a very hard game," Melly said. "They have stuck to their core demand that President Keita must resign because he's discredited and they've refused to compromise on that. What ECOWAS has tried to do is to really present the opposition with a very hard reality that Keita must stay in place."

However, Bram Posthumus believes there are more issues to iron out. "It seems to me that the idea of a power-sharing deal was discussed but not the details, especially ministerial posts or maybe even lucrative directorships of various parastatal bodies," he explained. "And this is where these power-sharing deals usually come unstuck." 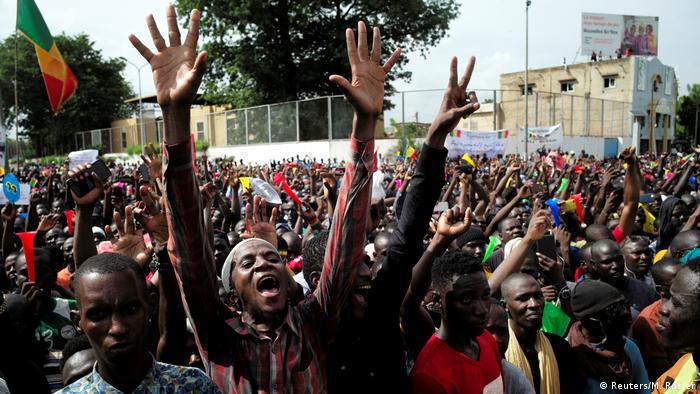 The genesis of the current crisis

Much of the current tension was sparked in April when the constitutional court tossed out 31 results from the parliamentary elections, which led to protests.

The so-called June 5 movement (M5) then emerged, channeling their anger over a range of issues. They staged two mass rallies demanding Keita's resignation in June, before organizing the July 10 rally which turned violent.

The movement is led by influential imam Mahmoud Dicko, despite him not being a formal member.

M5 blames Keita for failing to tackle corruption, an economy in tatters, and the country's eight-year-long jihadist conflict. 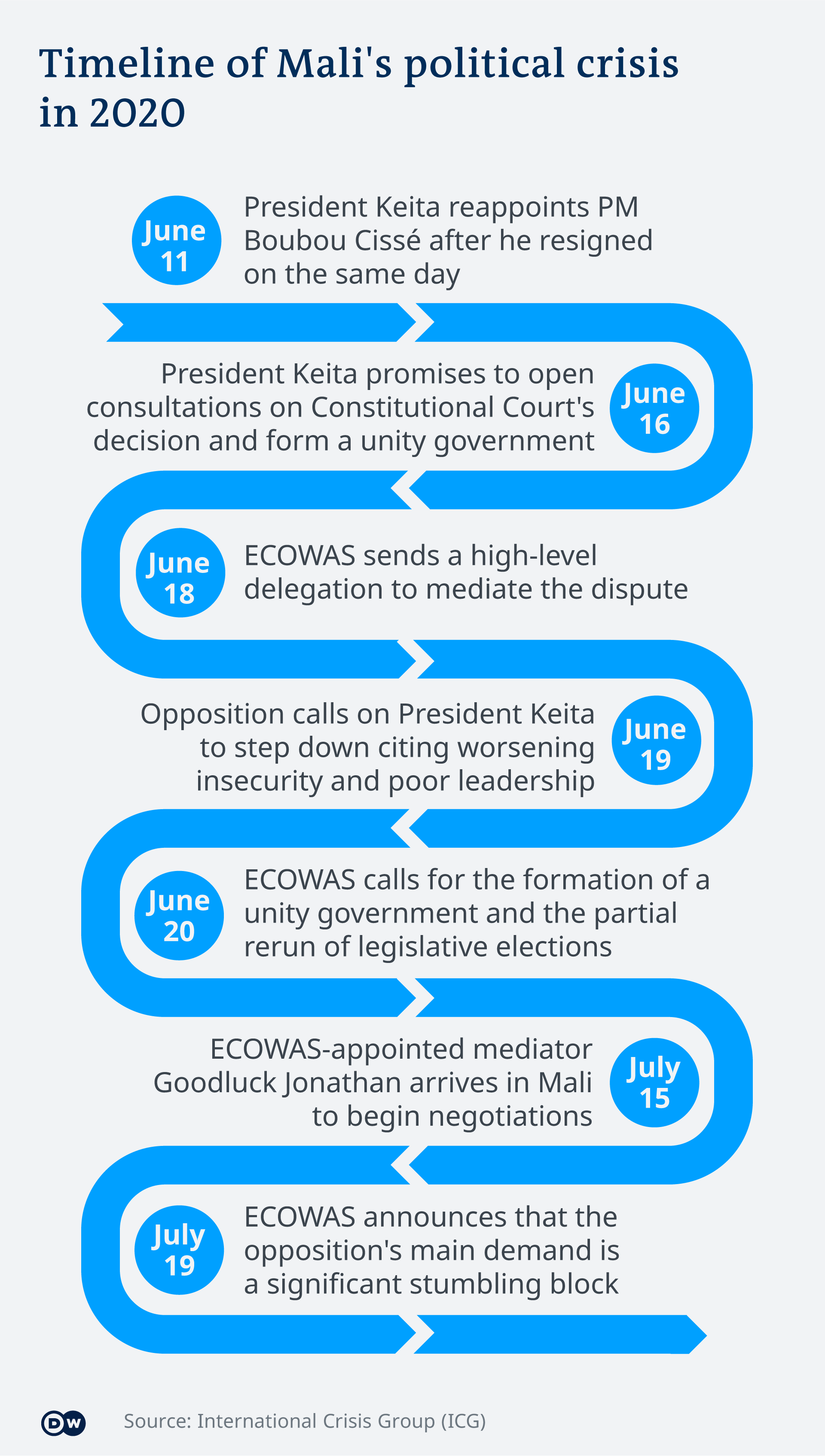 Mali's allies and neighborsare anxious to stop the war-torn Sahel state from sliding into further chaos.

Jihadists have retained control of swathes of the country since the 2012 insurgency that began in the north. Thousands of lives have been lost and the conflict has driven hundreds of thousands from their homes. A number of armed groups, including ethnic movements, are still fighting for hegemony and the control of trafficking routes.

"There is a massive security crisis across the Sahel and there is deep instability and intercommunal violence in central Mali," said Melly. "They need to see a government with the political authority to actually tackle those big challenges. And since Keita is, in their view, the legitimate president of Mali, they feel that they have no choice but to lay down the principle that he must be the head of state of the government that tackles those problems."

The conflict has also spread to Burkina Faso and Niger. Foreign powers, including the European Union (EU) and the United Nations (UN), fear that the ongoing turmoil in Mali could undermine their military campaigns against Islamist insurgents across West Africa's Sahel region.

There are currently 13,000 UN peacekeeping forces in Mali. A peace deal with key armed groups was signed in 2015, but its implementation has failed as signatory groups still resort to violence. 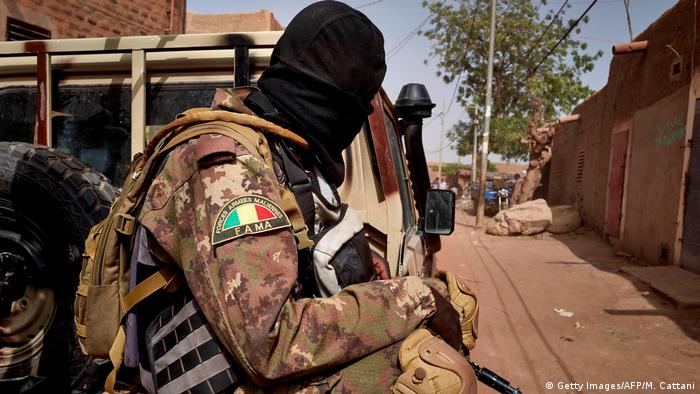 Chronology of events since 2010

March 2012: Military officers overthrow President Toure over his failure to deal effectively with the Tuareg rebellion

April 5, 2012: ECOWAS plans a military intervention against the junta and the Tuareg rebels

April 12, 2012: The military hands over power to a civilian interim government led by President Dioncounda Traore

June 2013: The government signs peace deal with Tuareg nationalist rebels to pave the way for elections

May 2015: The government and several militia groups sign a peace accord to end the conflict in the north of Mali

Mahamadou Kane in Bamako and Isaac Mugabi contributed to this report.

An alleged Islamist arrested in Mali, West Africa, in 2018 is on trial at the International Criminal Court. He is accused of orchestrating war crimes, including torture and rape, in the city of Timbuktu. (13.07.2020)

Mali's parliamentary election has exposed voters to unnecessary risks. And the EU's recently announced deployment to put more boots on the ground will not solve the country's security crisis, DW's Dirke Köpp writes. (31.03.2020)