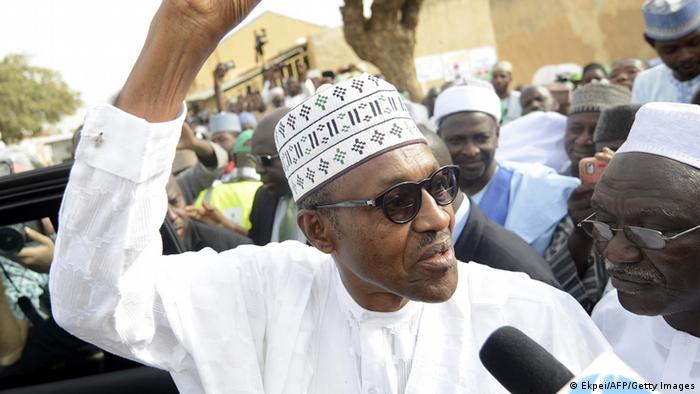 Nigeria's opposition All Progressives Congress (APC) declared victory for its candidate Muhammadu Buhari on Tuesday, saying the country was "witnessing history." The result has not yet been officially confirmed, although multiple sources are reporting that incumbent President Goodluck Jonathan has conceded defeat.

"This is the first time in Nigeria that a sitting government will be voted out of power using purely democratic means," APC spokesman Lai Mohammed told Reuters at the house in the capital Abuja, where party leader Buhari was watching the results come in.

"The people of Nigeria have taken over."

Buhari, a 72-year-old former army general who first seized power in a coup three decades ago, campaigned strongly on a platform of combating corruption in politics.

Buhari himself has told AFP that he is confident of an election win. "I am very confident, thank you very much," he said on Tuesday evening.

His apparent victory is perhaps an indication of voters' frustration with incumbent President Goodluck Jonathan of the People's Democratic Party (PDP), who has led the country for the past five years. During that time his leadership was plagued by corruption scandals and criticism over his handling of a deadly insurgency waged by Islamist militant group Boko Haram.

The race was the tightest in Nigeria's history. According to press agency AFP, preliminary results showed Buhari's APC had won 19 of the 36 states, while Jonathan had won 14.

Buhari ruled Nigeria between 1983 and 1985, before he was ousted in a military takeover staged by General Ibrahim Babangida. He has since declared himself a democrat, and has run as a presidential candidate in three previous elections. The PDP has ruled Africa's largest economy since the military rule came to an end in 1999.

Buhari was in a strong position as the vote count streamed in from the country's 36 states. The former military ruler, a Muslim, swept the northern states of Kano and Kaduna, as expected, but then went on to clinch the key battleground state of Lagos. Jonathan, on the other hand, had landslide wins in the southern Bayelsa state and neighboring Rivers - home to Nigeria's oil and gas industry.

Turnout was high among the nearly 60 million people in the country of 170 million who were eligible to vote in Saturday's election. International observers gave broadly positive reactions to the voting process, despite technical glitches in some areas which forced authorities to extend voting to an unscheduled second day.

"These issues did not systematically disadvantage any candidate or party," Nigeria's Transition Monitoring Group said.

This year's poll was not without incident however. During polling on Saturday, more than a dozen voters were killed by Boko Haram militants in the country's northeast. In 2011, more than 1,000 people died in violence in Nigeria's Muslim-majority north when Buhari lost to Jonathan.

After two days of voting, incumbent President Goodluck Jonathan is reportedly neck-and-neck with his challenger and former military ruler Muhammadu Buhari. US and UK officials have expressed concern over vote rigging. (30.03.2015)