Until 1989, many Western companies manufactured their goods in East Germany, where labor was cheap, and West Germany was eager to improve ties. But a lot of the production workers were forced laborers. 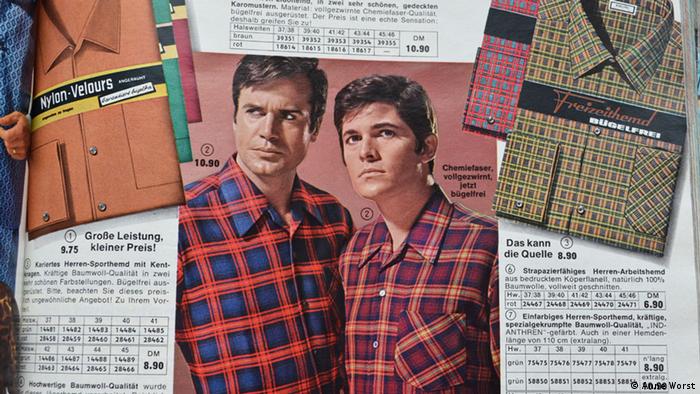 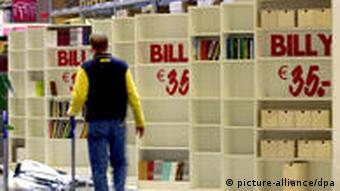 Ikea is accused of having used East German forced labor

"Prisoners were made to do the hardest and dirtiest work, the work that nobody else wanted to do, under the worst conditions," said Steffen Alisch of Forschungsverbund SED-Staat, a research institute at the Free University of Berlin that investigates East Germany. He says threatening letters about forced labor were sent to Ikea as early as 1984.

Ikea wants to find out whether the allegations are justified by examining material from the authorities in Berlin holding the archives of the Stasi, the East German secret police. A report by German public television station WDR in 2011 had shown that 65 production sites in East Germany worked for Ikea, forming an extensive trading relationship. The proportion of forced labor used in making Ikea furniture is, however, unknown.

Forced labor was planned into the system 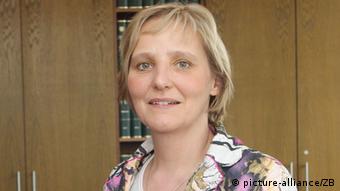 Hildigund Neubert is custodian of the Stasi archives in Thuringia

What is known is that forced labor was a fixture of the business plan of the GDR. In the mid-1980s, it was estimated that there were around 20,000 in prison. The prisoners represented "only" one percent of industrial production, but the government "didn't want to do without it," said Hildigund Neubert, who is in charge of Stasi files in the state of Thuringia, in an interview with DW. "When amnesties were granted on the GDR's national day, there were complaints from the ministries. They were afraid that without these workers, the economic plan could not be fulfilled."

For their work, the prisoners were given only a pittance. But Neubert says the responsibilities of individual Western firms are difficult to determine. He thinks it would therefore be a welcome move if the companies that profited from the dirty business of the slave laborers compensated by making donations to foundations in restitution. 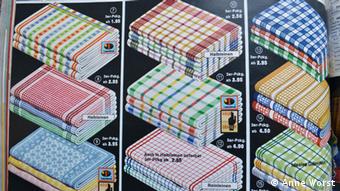 It was common knowledge that Western goods were produced in the GDR. But the people in both German states knew only part of the story. Western companies benefited from the low wages in the GDR, while the West German government had a political interest in trade relations in pursuit of its policy of "change through rapprochement."

East Germany saw exports to the West as an opportunity to obtain the hard currency it increasingly needed. It had cooperation agreements with Sweden and Japan. "With [West] Germany, that would have been impossible," said Maria Haendcke-Hoppe-Arndt, an economist and former employee of the Stasi documentation authorities. East Germany wanted to avoid any official connection with West Germany.

That's why the "exchange" took place via the complicated indirect route described by Haendcke-Hoppe-Arndt: "If, for example, the mail-order house Quelle wanted 10,000 washing machines, this was recorded in the Central Planning Commission, and was then passed on to the relevant ministry and from there to the Foreign Trade Organization, which did not produce anything, but was solely responsible for the sale. There '10,000 washing machines' ended up in the export plan without the name 'Quelle' appearing."

From gasoline to aprons 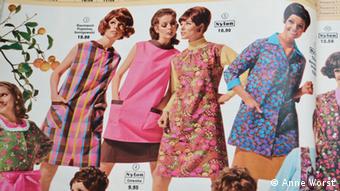 Practical fashion from the East

"But there were still arrangements as to who should provide what and how," said journalist Anne Worst, who made "Eastern Products for the West," a comprehensive television documentary for German public broadcaster MDR. "An important meeting place was the Leipzig Trade Fair. There were plenty of salespeople."

Worst's research shows that 6,000 West German companies did business with the GDR. Among them were companies such as catalog merchants Quelle and Neckermann, shoe maker Salamander and cosmetics firm Beiersdorf, but also less-well-known firms such as battery maker Varta and spirits maker Underberg. As long as the Soviet Union supplied the fraternal socialist country with cheap oil, East Germany's exports of petroleum products were abundant, as were the exports of chemicals, machinery and textiles.

The profit margin was vast. Worst was particularly impressed by an example from the 1970s. The GDR released a large warehouse stock of sleeveless aprons and delivered ten million of them to the West: "Quelle bought these aprons for a few pennies each, put them together into packs of three and offered them for 9.99 marks in its catalog." Within a few weeks everything was sold, a turnover of 30 million marks.

While textiles were the best-known export item from the GDR, they were by no means the most common, Worst said: "The GDR delivered an incredible number of foods to the West, whole sides of pork, fruit and vegetables, which were also partly in short supply in the GDR. When it came to fresh food, all of West Berlin was dependent on supplies from the GDR."

The export of goods was made possible by so-called "permission production." Basic materials, machinery and plans were delivered to the GDR. Finished or processed goods came back. A portion of the production remained in the country, adding to the goods on offer in Intershop hard-currency stores. Here, East Germans were able to buy consumer goods at high prices in Western money. It was another way for the country to get hard currency.

In addition to these highly bureaucratic transactions, there was an area of ​​trade relations that is largely unknown. In 1966, a special "Department for Commercial Coordination" was established in the Ministry of Foreign Trade. Its director was Alexander Schalck-Golodkowski, who became Minister for Foreign Trade in 1975. He became famous in 1983 for negotiating a line of credit for the GDR in the billions of dollars with then-Bavarian Premier Franz Josef Strauss. His department, known as KoKo for short, was responsible for procuring hard currency by any and all means. In 1976, the department was spun off and became one of the most powerful institutions in the country. What exactly KoKo did to get Western money, Worst says, is "a major research area for the future."

Ikea has said it will start talks with victims over compensation, if allegations are proven that forced laborers in communist East Germany made products for the Swedish furniture giant. (02.05.2012)

Germany is to create a fund to help people who as children were placed in care homes in the former East Germany. Many report having suffered psychological and physical abuse. (26.03.2012)

For the first time ever, both Germany's chancellor and president are from the former East Germany. But otherwise, German society has been dominated by western German elites – is a sea change at hand? (23.03.2012)