East Germans still marginalized, despite Merkel and Gauck | Germany | News and in-depth reporting from Berlin and beyond | DW | 23.03.2012

For the first time ever, both Germany's chancellor and president are from the former East Germany. But otherwise, German society has been dominated by western German elites – is a sea change at hand? 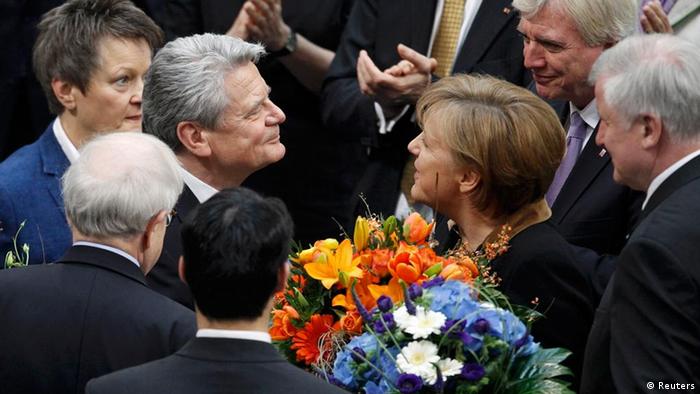 What do US President Barack Obama and German Chancellor Angela Merkel have in common? They both belong to minorities. The most powerful man in the world is the first black head-of-state in a white-majority country, while the most powerful woman in Europe is the first eastern German head-of-government in a western German-dominated Germany.

And just as black-white relations have changed very little in the US since Obama's election in 2008, so too the relationship between eastern and western Germans has barely altered since the start of Merkel's chancellorship in 2005.

By the same token, the election of Joachim Gauck - raised in the communist GDR - to the German presidency is unlikely to change much either. Having two East Germans in the two highest political offices in the country is one thing, but the reality of life and the perceptions of the people who live in the former East Germany is very different. 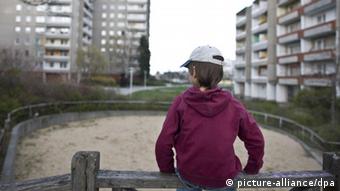 Eastern Germany is still much poorer than the West

One glance at the statistics shows how slowly the situation has changed, both subjectively and objectively. Unemployment in eastern Germany is, at 12 percent, nearly twice as high as in the west (6.9 percent). The big economic differences have only deepened since the early 1990s.

There is still a huge income gap between East and West, some 22 years after German reunification. Those living in the land between the Baltic coast and the Czech Republic receive only around 85 percent of the salary of those living between Hamburg and Munich.

"On the other hand, the pension level in eastern Germany has now reached nearly 89 percent of the West," the government said with a note of pride in its annual report on the "status of German unity 2011." But many of those affected still feel a sense of injustice.

This disappointment regularly emerges in opinion polls. Since the mid-1990s, around two-thirds of people living in eastern Germany have consistently complained of a sense of social injustice. As many as 42 percent still feel like second-class citizens, a figure that has not changed since the beginning of Angela Merkel's chancellorship in 2005.

Nor are there any signs that Joachim Gauck's presidency will change that.

Careers for some, defeats for others

On top of this, it is worth looking at the circumstances by which both leaders got to their elevated positions. Gauck, for many years director of the Stasi archives, benefited from the resignation of his predecessor Christian Wulff, who he lost to in the 2010 presidential election.

If the election had been open to the public, Gauck, the intellectual and rhetorically accomplished Protestant theologian, would have won hands down. But the largely ceremonial German head-of-state is elected by an assembly of delegates chosen by the country's 16 states.

Notoriously, the chancellor did not want to back her East German compatriot even after Wulff's downfall, but her hand was forced when her coalition partner, the Free Democratic Party, came out in support of the popular choice.

Apart from her prodigious political talents, Merkel's own rise to power – through the posts of family minister, environment minister, general secretary of the Christian Democratic Union (CDU), to the leadership of her party – owes much to a scandal that undid her predecessor and mentor Helmut Kohl – the so-called reunification chancellor.

At the end of the 1990s, it emerged that Kohl had illegally accepted party donations of millions of deutschmarks, plunging the CDU into its biggest ever financial and political crisis. Since Kohl's successor as party leader – and current finance minister - Wolfgang Schäuble was also caught up in the affair, the untainted Merkel was able to maneuver herself into the top job.

If Merkel and Gauck had reached the chancellery and the presidential palace solely by way of their own talents, then the surveys that measure eastern Germans' self-esteem and satisfaction would probably return more positive results. This is because there would logically be many more people from the former East Germany in leading social positions. But this is emphatically not the case.

None of the 14 ministers that Merkel appointed to her cabinet come from the former East. The worlds of German business and media are just as imbalanced. Not one of the 30 top German companies that make up the DAX market index is led by an East German. Even when casting the net wider to include the management boards of these companies, Torsten Jeworrek, of the Munich Reinsurance Company, is the only top executive with an eastern German background.

The big media organizations provide a similar picture. Karola Wille became the first-ever East German director general of a state broadcaster at the end of 2011, when she took over Central German Broadcasting (MDR). But all the editors-in-chief of Germany's national newspapers are West German.

The conclusion after 22 years of reunification is as clear as it is sobering: former East Germans don't get into elite positions. Chancellor Merkel and President Gauck are little more than exceptions to the rule. In light of the importance of their offices, of course, they are very significant exceptions, but that shouldn't lead to false conclusions. They have not made the country any more East German than it was.

Gauck's 'nice Sunday' in the Bundestag

The new German president used his acceptance speech to remind the Bundestag of the historic dimension of his election. But the parliament's speaker also alluded to the scandal that ushered in Joachim Gauck's tenure. (19.03.2012)

Germany has elected a new president. Joachim Gauck, a former pastor and East German rights campaigner, drew backing from across the political spectrum. (18.03.2012)

Workers in eastern Germany receives significantly less pay than their coutnerparts in the nation's west. Weaker industry and collective bargaining are being blamed for the westward migration of skilled workers. (13.07.2011)