Officially, East Germany and Poland were "socialist brother countries." But new evidence reveals that their intelligence services shared a mutual distrust and dislike. 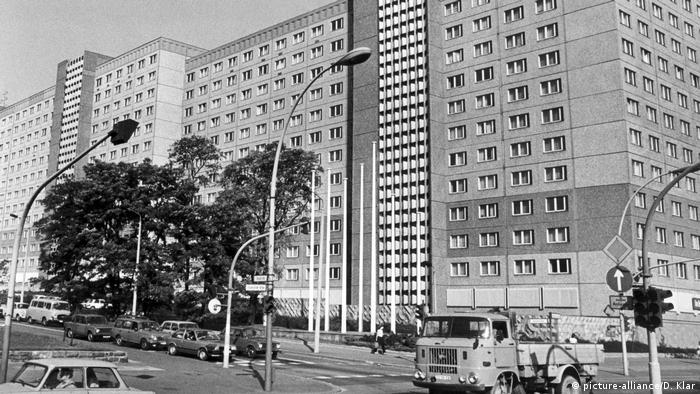 East Germany's secret service, the Stasi, was intelligence agency and secret police in one

Many Polish journalists describe the relationship between the People's Republic of Poland and the German Democratic Republic until the fall of the Berlin Wall as a "forced friendship." Even if the rulers of both countries celebrated their harmonious alliance in public, behind the scenes there was a profound distrust between Warsaw and East Berlin.

Many Poles considered their neighbors on the Western side of the Oder River as potentially dangerous "red Prussians," while East Germans considered their Polish comrades as unreliable allies whose liberal reforms put the whole Communist bloc at risk.

For a long time, it was believed that the relationship between the countries' secret services was an exception to this rule: The fact that both agencies shared a common enemy in the West meant they were supposed to cooperate closely.

According to new archive evidence, this was not the case: While the rivalry between the two countries was palpable on a political and social level, it was considerably more apparent in intelligence. 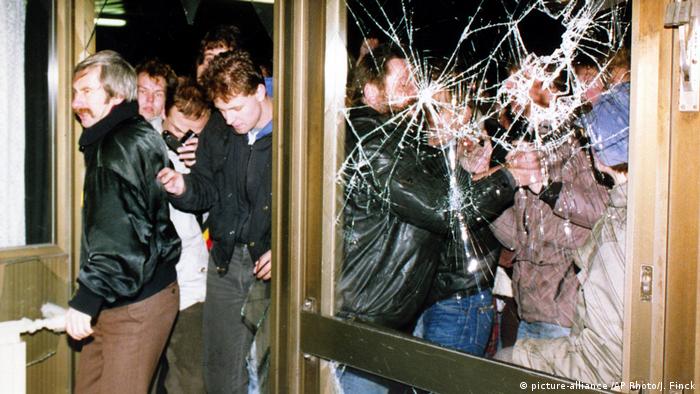 Demonstrators stormed the Stasi headquarters, home to a repressive and efficient secret police agency, in January 1990

In his book entitled "Von einer Freundschaft, die es nicht gab. Das Ministerium für Staatssicherheit der DDR und das polnische Innenministerium 1974-1990" in German ("About a friendship that didn't exist: The State Security Ministry in the GDR and the Polish Interiror Ministry from 1974-1990"), the Polish political scientist Tytus Jaskulowski from the Polish Institute of National Remembrance (IPN) dispels some of the myths that continued to exist long after the collapse of communism.

"The GDR's Stasiwas considered to be a powerful institution with tremendous intelligence and operative capacities, capable of infiltrating and influencing Polish life. The Polish Interior Ministry for its part was considered to be weak and no match for the Stasi [short for the East German state security ministry]. Despite this, the cooperation between the two institutions was thought to be comparably harmonious," Jaskulowski told DW. "But new archive findings have dispelled the myth."

The series of strikes that took place on Poland's Baltic coast in the summer of 1980 and led to the emergence of the Solidarnosc (Solidarity) trade union marked a turning point in the relationship. The East Berlin leadership thought that the developments in Poland represented an existential threat to its existence and that of the whole Eastern Bloc.

Stasi head Erich Mielke and his entourage were stricken with panic by the attempts of Poland's communist leadership to find a compromise with Solidarnosc. GDR politicians accused their Polish comrades of being weak and yielding to "anti-socialist enemies." 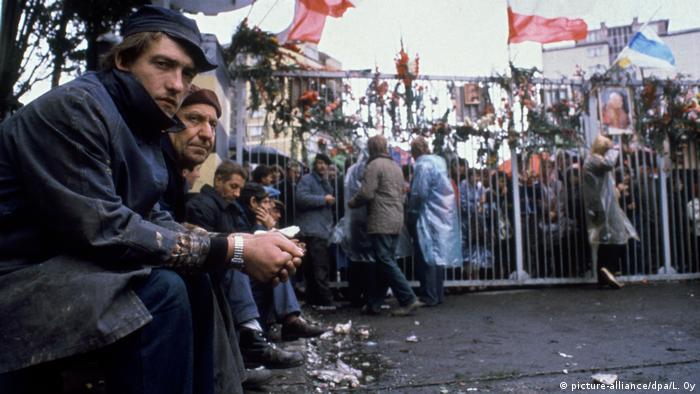 Polish workers went on strike in 1980, which led to the formation of an independent union

Therefore, there was a great deal of relief in East Berlin when the Polish government introduced martial law on December 13, 1981. But the Stasi doubted that this would resolve the crisis. On December 14, Mielke issued a series of orders outlining steps to be taken against Poland. One order was given the codename "Besinnung" ("reflection”) and put Poland in the same category as West Germany and other Western countries: Poland was declared an "Operational Area" and thus an enemy.

The Stasi had already set up the Warsaw Operations Group (OGW) within the GDR's embassy in the Polish capital. Its staff members were tasked not only with preventing GDR citizens from escaping to the West but also with spying on Poland.

Fewer spies in Poland than estimated

After the strikes of 1981, East Germany tried to recruit more spies who could report on what was going on east of the Oder River, the border with Poland. After the fall of communism, it was estimated that the Stasi had at least 1,500 IMs ("Inoffizielle Mitarbeiter," or unofficial informers) in Poland. Later, this number was revised to 200. Jaskulowski guesses there were about 100 sources but only a dozen GDR IMs were able to carry out complicated operations such as infiltrating Solidarnosc circles.

Jaskulowski pointed out that Mielke and his colleagues became increasingly arrogant with regard to building up contacts in Poland. They strengthened conservative forces in the apparatus of Poland's ruling Communist Party and were very open about their misgivings about more liberal comrades. 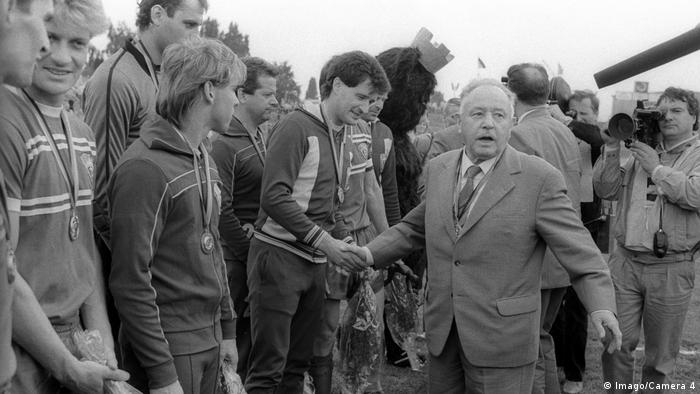 The Polish side could do little to resist, considering they were often in a position of having to ask favors as a result of the deep economic crisis Poland found itself in. The Polish Interior Ministry asked its East German counterpart for support to develop its stock of batons, rubber truncheons and shields as well as shoes, socks and warm underwear. There was nothing in the shops at the time.

The Poles took their revenge for the humiliation that the Stasi had subjected them to after the transition to democracy in Poland. In the summer of 1989, East Germans crossing the border into Poland in order to reach the West German Embassy in Warsaw were allowed in by Polish border guards despite binding agreements with East Germany. 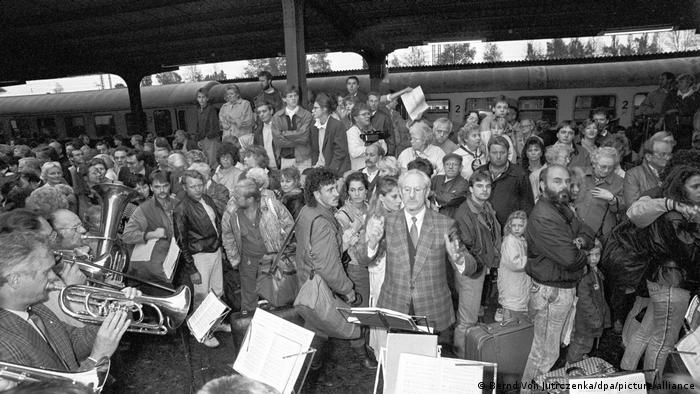 Warsaw did not react to the protests from East Berlin. In early 1990, when Mielke was behind bars awaiting trial, General Czeslaw Kiszczak, who was still interior minister, wrote a telegram congratulating his new GDR counterpart Peter-Michael Diestel, the head of the Stasi's successor, the "Office for National Security."

The Stasi, which had always been better equipped in terms of staff, logistics and funds than Poland's secret service, had now lost "everything that could be lost," explained Jaskulowski. "As opposed to their Polish colleagues, the Stasi people were incapable of understanding the world as it was because of their ideological narrow-mindedness."

Though German-Polish relations flourished after 1991, the secret services of both countries continued to distrust each other. In 1993, a Polish officer was convicted of spying for Germany. German diplomats were reportedly expelled after allegations of spying.

In 2013, at the height of the spy row with the US, German Chancellor Angela Merkel declared that "spying on friends was not on at all." Jaskulowski is more realistic: "Spying on friends was and is tolerated in politics. However, this tolerance has limits."