DW employees from Africa, Asia offer Germans tips for heat | World| Breaking news and perspectives from around the globe | DW | 26.07.2019

Germany is just coming out of an intense heat wave, with temperatures climbing past 40 degrees Celsius in some places. What advice do DW employees from China, Cameroon and India have for coping with such heat? 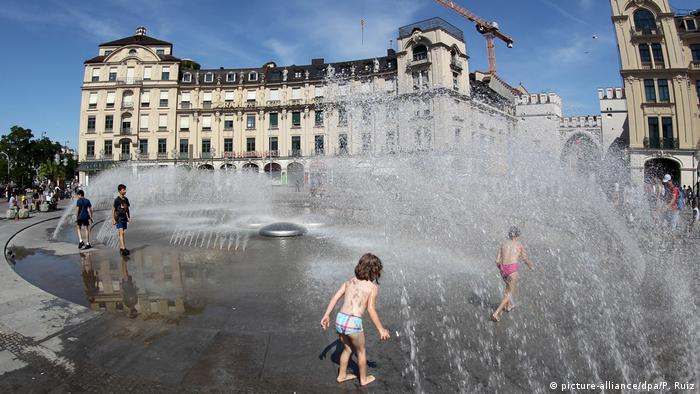 Germany is just coming out of this summer's latest heat wave. For two consecutive days, the country recorded all-time temperature records, reaching 42.6 degrees Celsius (108.7 F) in Lower Saxony. This resulted in train air-conditioning systems malfunctioning, tracks being bent out of shape and delayed travel. A nuclear power plant had to be taken offline after the coolant system got too hot.

DW journalists from around the world shared their experiences growing up in warmer climates to help Germans prepare for the next heat wave.

Li Shitao, of DW's China desk, said humidity made living in Shanghai difficult. He said June and August were the worst months in the Chinese coastal metropolis. "During the summer holidays,” he said, "I basically had a shower every hour."

As a child, he lived in a little apartment with his family. Its wall faced west, meaning that the sun heated their home intensely during the afternoon and evening. "It was like living in an oven," he said. He remembers one thing in particular from this time: One night, he woke up as his father was wiping his back with a wet towel, trying to cool him off.

By law, in the 1980s children in Shanghai did not have to attend school when temperatures exceeded 35 degrees Celsius. And adults didn't have to go to work. "There was a conspiracy theory that the meteorological service deliberately kept the official temperature just below this threshold," he said. Now that most workplaces have air conditioning, this rule no longer exits, of course.

These days, most people have air-conditioning in their homes, though keeping these systems running is costly. Many older people spend their time in air-conditioned malls to cope with the heat, Li said — even when they have no other reason to be there. IKEA recently told customers to stop sleeping on sofas and beds on display.

Anyone feeling too hot may want to emulate Chinese men, who for decades have sported what has been dubbed the "Beijing Bikini." They simply roll up their t-shirts and expose their bellies to cool off. A sizable gut can prevent shirts from slipping back down. Chinese authorities disapprove of this fashion trend and have started issuing verbal warnings and even handing out fines to men found exposing their bellies in this way. 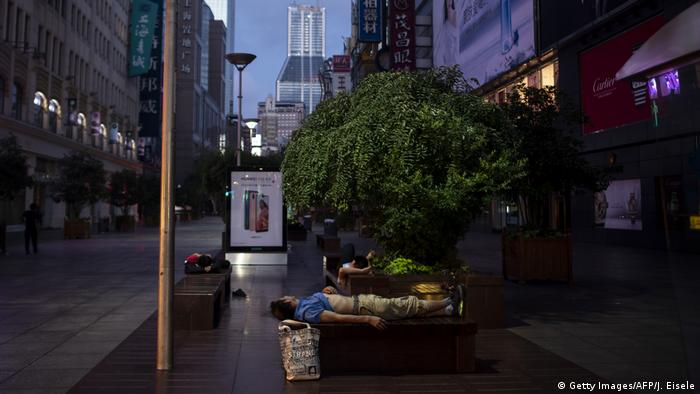 Germany's heat wave reminded DW business journalist Ashutosh Pandey of home. "The warm breeze was just like northern India," he said. Pandey nevertheless finds German summers more pleasant than those in India: Germany has many more trees — and, therefore, much more shade. And, he said, it's less humid in Germany.

Heat-related deaths — especially in northern India and around the capital, New Delhi — are common. The hot, dry and gusty winds called Loo are particularly dreaded. They tend to be between 45 and 50 degrees Celsius, which is why it is important to cover your head and face with a cloth, Pandey said. Otherwise, "you risk getting a heat stroke."

Though May and June are extremely hot months in northern India, life goes on as normal. "We are used to working in such temperatures," Pandey said. In the afternoons, when it is the hottest, people tend to stay indoors. And, to keep things bearable, all rooms tend to be equipped with fans. It is a relatively new phenomenon that Indian households have air-conditioning. But the proliferation is putting a major strain on the country's power grid. Pandey said cucumbers and buttermilk were popular in the Indian heat. 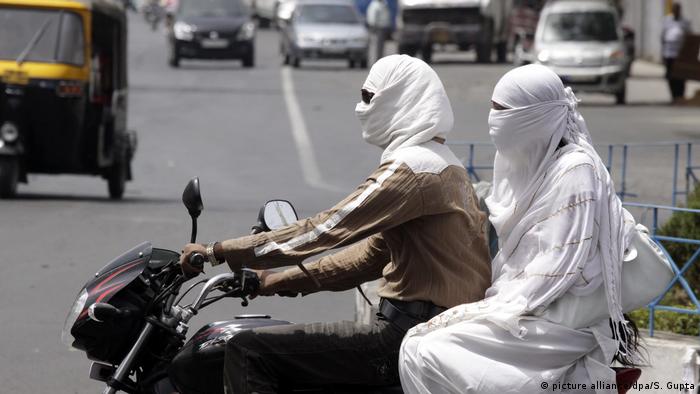 In Cameroon, meanwhile, fruit is a hit, said Mariama Kouotou, of the DW Akademie. Mangoes, pineapples and the like are chopped up and sold on the streets.

Anyone who does not observe a dress code opts for loosely fitting clothes. Many people "take umbrellas with them as parasols," Kouotou said. And her family's special tip is to treat yourself to a cold footbath once you get home. 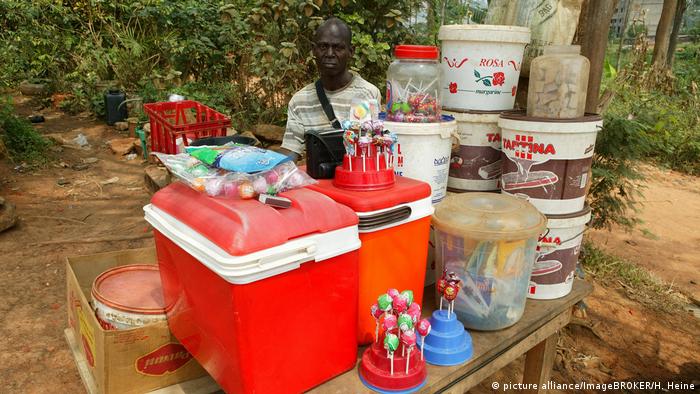 Treat vendors do brisk business on hot days in Cameroon.

Between December and February, when Cameroon gets the hottest, everyone tries to run errands and schedule appointments before noon. "People are up and about early in the morning," Kouotou said. The last time she stayed in the capital, Yaounde, she would attend 6 a.m. fitness courses at the local gym — which opens at 4 a.m. But she also remembers that she and other schoolchildren were regularly made to exercise in the heat, which often caused nosebleeds.